To create a ‘perfect’ team you must have centre-backs with different skillsets, a passing midfielder partnered with a tackler, two tackling and crossing full-backs, three attacking midfielders who can create, dribble and/or score goals, and a striker capable of finishing any chance. This XI of players, who will feature at Euro 2020, have it all.

This team has been limited to players in the Big five European Leagues – the Premier League, Serie A, La Liga, Ligue 1 and the Bundesliga – as that’s what FBref offer. Thanks to them for the stats, taken from players’ league performances this season.

Real Madrid have a distinctively average team these days, but they have the best goalkeeper in the world and comfortably the best at Euro 2020. Courtois has a save percentage of 81.1%.

Five of the top ten European goalkeepers are French, with Mike Maignan (79.4%) and captain Hugo Lloris (75.7%) third and fifth, below Jan Oblak (80%), whose Slovenia side missed out on qualification, and split by England’s Nick Pope (77%), who will be staying at home to have knee surgery.

The Man City star’s 1.73 key passes per game is significantly worse than Alexander-Arnold’s 2.17, but add tackles into the mix and Trent predictably falls right-back down the reckoning. Cancelo produces 3.02 tackles per game, compared to 1.72 from the crocked scouser.

Harry Maguire came close to this spot with more headers won than Hummels, as did Kurt Zouma, who bettered the England star and beat off stiff competition to be named in the France squad. But Hummels was close to the pair in terms of the aerial duels and clears the ball significantly more than both.

And he’s a lovely footballer, as Joachim Low has remembered just in time.

Who else? Kante would be a certain starter in any club or international team in the world and should France win Euro 2020, the wee man’s got to be in with a chance of winning the Ballon d’Or.

Thomas Tuchel has reportedly ‘made a request’ to the Chelsea board to be reunited with the Paris Saint-Germain star and the thought of Verratti alongside Kante is delectable. The only thing less likely than Verratti giving the ball away would be Kante failing to immediately win it back.

The Italian makes 99.6 passes per game on average, with fellow metronomic masters Sergio Busquets (88.7) and Toni Kroos (82.9) second and fourth, split by Jordan Henderson (83.2). England need the “selfish” midfielder back.

The Welshman finished the season with the most goal contributions per 90 minutes of anyone in the Premier League; he remains a brilliant footballer. It was weird how circumstances made us doubt that.

Diogo Jota had more shots on target per game this season (2.1 : 1.86), but Bale’s creativity gives him a significant edge over the Portuguese forward.

He is set to miss the start of the tournament after his face was rearranged by Antonio Rudiger’s shoulder, but De Bruyne without depth perception is more than worthy of a place in any team in world football. 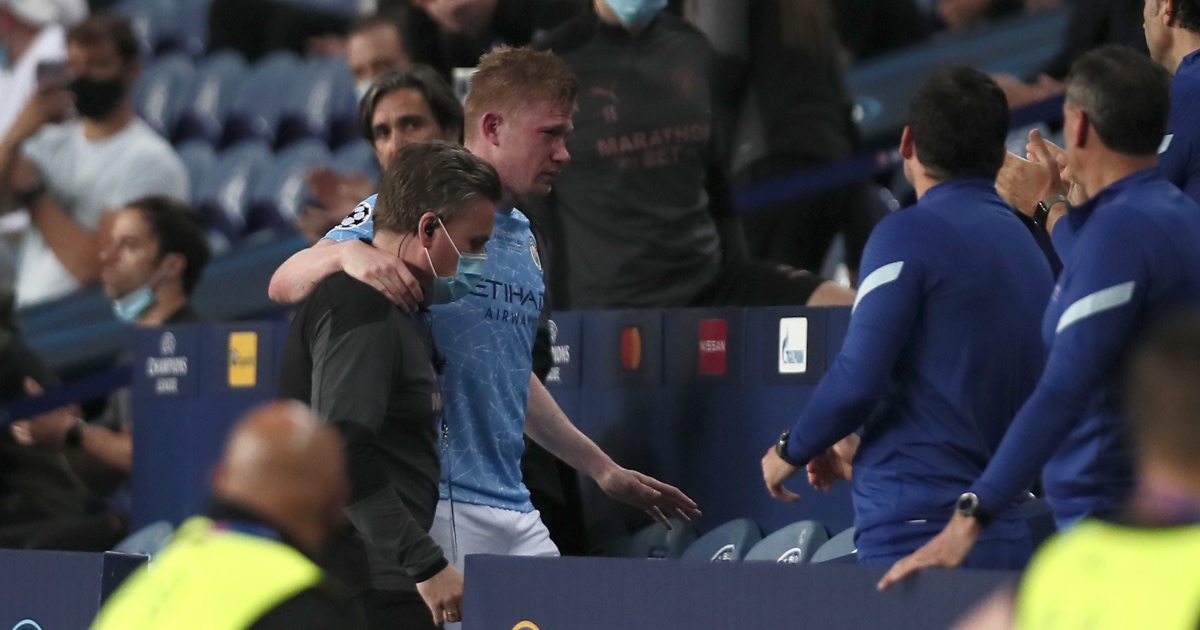 Adama Traore is of course the dribble king on 5.44 per game, with Sancho a distant second on 3.97, but the England man is a far greater threat when seeking out his teammates.

Sancho is the in-form player of that ilk in the England squad – over Marcus Rashford and Raheem Sterling – but looks set for a watching brief.

The 28-year-old hasn’t featured for Germany since 2016 and has just one international goal to his name, against San Marino. But with a 27% shot conversion rate for Monaco this season, he betters  Lewandowksi (25%) and will be brought on by Low to hit the barn door Timo Werner (8%) will miss with hurled banjos for the preceding 80 minutes.