I first encountered Carroll Smith-Rosenberg’s ‘The female world of love and ritual’ in 1978. I was twenty and a junior at Yale. A teaching assistant passed it on to me when I met with her after class: a paper was due and my mind was empty. She said that there was a thing called ‘women’s history’ that was so new there weren’t courses in it. Then, she suggested that I write my paper using diaries held in the university library, personal writing done by nineteenth-century women as they travelled to California on the Oregon Trail.

I was an English major and had never been in an archive. But I had partly grown up in the American West, so my interest was piqued. That night, I read Smith-Rosenberg’s article and thought: I can do this. In five pages. Partly, that was the hubris of a self-confident student, who literally had no idea what they were talking about. But it was also because of the clarity of Smith-Rosenberg’s prose, the classic structure of her argument, and the story she told. It was a master class in how to write good history and put women’s lives at the centre.

The next day I trucked over to the Beineke Library, a modern marble box at the center of an otherwise neo-gothic campus. The friendly archivist (the first of many who would make my career possible over the next four decades) brought me these documents, part of the massive Coe Western History collection. She told me that I was the first person ever to have asked for them, a situation that is almost unimaginable in the field today.

That afternoon, I experienced for the first time a sensation that returns with the same intensity every time I begin work in the archives: the thrill of reading other people’s private thoughts.

But how would I make sense of those thoughts? Why did they matter? What story did they tell?

This is where Smith-Rosenberg, who I would not meet for another decade, came in: she had already taught me what to do. In addition to its path-breaking argument, ‘The female world of love and ritual’ maps clearly what you must do to write good history. First, you clearly state what you are about to do and why someone should care. ‘I would like to suggest an alternative approach to female friendships,’ Smith-Rosenberg writes (on this original xeroxed copy, now sitting in a banker’s box in my basement, I bracketed these words in pencil and put two exclamation points in the margin) ‘one which would view them within a cultural and social setting rather than from an exclusively individual psychosocial perspective.’

Then, the historian must characterize their data and say specifically why it has been chosen. Ideally, one’s archive would be manageable and self-contained but heterogeneous enough to produce a generalizable conclusion. Writing against expert knowledge produced by men about women, Smith-Rosenberg proposed an intervention that was familiar to me from my reading in radical feminism: in her article, women would speak for themselves, teaching us something entirely new about the nineteenth century, and the condition of being a middle-class white woman at that moment. Letters and diaries ‘which were never intended to be published,’ Smith-Rosenberg wrote (I underscored this with two lines) ‘permit the historian to explore a very private world of emotional realities central both to women’s lives and to the middle-class family in nineteenth-century America.’

But there was more. The emotional realities that Smith-Rosenberg was pointing to were familiar: these young women, destined to be married to men, were also deeply in love with each other. At the time, I was coming out as a lesbian in a historically male university. Except for my radical feminist friends, I was completely invisible as a sexual person and a feminist.

Suddenly after reading Smith-Rosenberg’s article, I not only knew something about history, I grasped an emotional reality that had been eluding me too. I understood that the quasi-subterranean, erotic, often unfulfilled intensity of our intellectual and social relationships as young feminists was not new or exceptional, nor was it a sexual detour in need of correction. It wasn’t even a collective fate. Rather, our emerging lesbian identities were historical, in the most precise sense of the word, and they coexisted with other historical possibilities. ‘The question of female friendships is peculiarly elusive,’ were words I underlined on page three. ‘We know so little, or perhaps have forgotten so much.’

‘The female world of love and ritual’ opened a door, I walked right through, and I never turned back, even though I did not decide to apply to graduate school in history for another five years. I became a writer. 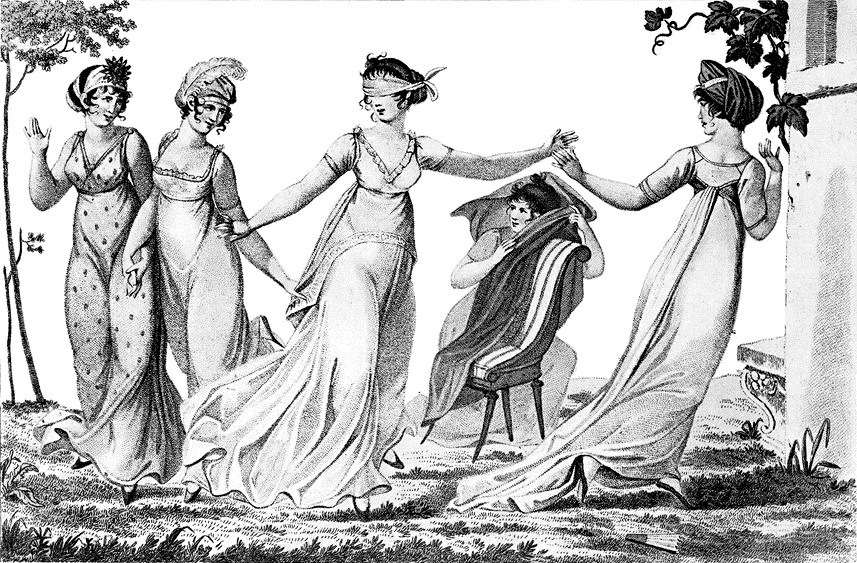 Better yet, under Smith-Rosenberg’s guidance, I began to think differently, seeing patterns, social dynamics, and actions where I had not seen them before. Smith-Rosenberg caused me to ‘see’ women in history, women who were already there, going about their business, and waiting to be seen. As I spent one afternoon in the archives, then another, and another, I realized that the women on the Oregon Trail were, as Smith-Rosenberg wrote, ‘an excellent example of the type of historical phenomena which most historians know something about, which few have thought much about, and which virtually no one has written about.’ This is about as elegant a statement of the women’s history project as it was conceived within 1970s radical feminism that you will ever find.

I was, of course, a small fish in a feminist sea, one that I am now rethinking as a scholar who has spent a lifetime learning the historian’s craft. What I did not know at the time, but do know now, is that the intellectual impact of this article, even when it was misread or over-interpreted, was already enormous. My current research in the archives of radical feminist intellectuals has revealed that nearly every activist kept up with this first generation of women’s historians’ work. I found an annotated copy of German historian Claudia Koonz’s dissertation in the Kate Millett papers. I have found copies of ‘The female world of love and ritual’ in five separate radical feminist collections, as well as other articles published in Signs and Feminist Studies. Smith-Rosenberg’s insights were crucial to Adrienne Rich’s breakthrough 1980 essay that laid the groundwork for the notion that sexuality is socially constructed, ‘Compulsory heterosexuality and lesbian existence’.

As importantly, when feminist scholarship began to move definitively away from a movement context and women’s history became a real field and a multi-generational project, ‘The female world of love and ritual’ remained meaningful. In the Fall 2000 issue of The journal of women’s history, Leila Rupp spoke to its significance as ‘certainly the most cited article on women’s relationships’. She was guessing, of course: Google scholar did not launch in beta for another four years. Today, this valuable online tool lists 1,786 citations. Remarkably, for an article published forty years ago, 68 are in articles published in the last year.

‘The female world of love and ritual’ underlined the central commitment of women’s history to a feminist transformation of the discipline women were beginning to enter in significant numbers. Those first fifteen years of citations reveal an all-star cast of historians or, as we history graduate students who were also women called them in the 1980s, The Big Girls: Mary Ryan, Linda Kerber, Estelle Freedman, Blanche Wiesen Cook, Leila Rupp, Nancy Cott, and Ellen DuBois. Cook, Freedman, Rupp, and anthropologist Esther Newton, like Adrienne Rich, took up Smith-Rosenberg’s invitation to write the history of lesbians as well.

This, in turn, laid the groundwork for queer history. As historian Molly McGarry has written, ‘before the history of sexuality was fully constituted as a field of study, Smith-Rosenberg offered a deceptively simple but stunningly productive insight into same-sex relationships.’ Its arguments about white, middle-class women had even remained powerful for McGarry’s own twenty-first-century students ‘across boundaries of race and class, as well as time.’

I want to make another claim about ‘The female world of love and ritual’ and the political work it did to bring the insights of radical feminism into the history profession. It made archives visible, and the remnants of women’s lives collectible. To paraphrase Deborah Gray White’s important review of sources in African-American women’s history in 1987, the creation of interest in historical subjects spurs collecting and the creation of specialized archives. Conversely, the assertion that ‘there are no archives’ perpetuates and justifies a lack of interest in marginalized or deliberately forgotten subjects.

Archives mattered: so did the demonstration that women’s history deserved and required as rigorous a historical analysis as the lives of presidents, businessmen, and trade union leaders. This, in turn, required the kind of methodological attention that ‘The female world of love and ritual’ displayed. Before 1975, the work of feminism in history – not infrequently done in a consciousness-raising context and grafted onto the first women’s studies courses – uncovered and curated a ‘lost’ women’s past, reading it through a feminist present. Much of this work consisted of debunking misogynist myths about women that haunted the present: witches, the Madonna-whore or Mammy-Jezebel complex, religious or racial beliefs that stigmatized women, or the biases of Marx and Freud. Productive as these inquiries were in fueling political action, they were often presentist, speculative, and not evidence-based.

In that context, in addition to being good history, ‘The female world of love and ritual’ was a kind of manifesto, one that demanded of feminist intellectuals that they take a turn to the empirical. It was a template for how feminists could not just break boundaries, but also literally make history. Smith-Rosenberg signaled that feminist scholarship had matured enough to venture outside its interdisciplinary environment and make a claim on the disciplines themselves. As such, ‘The female world of love and ritual’ was a work of advocacy. It made a strong argument that women’s history would not just emerge from upending patriarchal ideology and false consciousness but from feminist archival labor, applied theory, and historiographical method.

Finally, with its rich citations to materials that had lain unused in manuscript collections, ‘The female world of love and ritual’ threw down a major challenge to those who said that women’s history lacked the archival basis to be a field at all.

The success of that challenge is why many of us, including me, do this work today.