Accueil » Sancho is the forgotten piece in England’s attacking puzzle

Many want England to start with Phil Foden, Mason Mount and Jack Grealish but they need pace, skill, width and Jadon Sancho for balance.

Nobody has enjoyed life to the fullest for well over a year now. Almost every single facet of day-to-day joy has either been compromised or neglected completely. Not seeing family or friends, going to the pub or a football match have helped add to the swirling mess of misery brought forth by the COVID-19 pandemic.

With events being toppled left, right and centre throughout 2020, it was no surprise to see the summer’s European Championships put on ice, both because the domestic season, which had been halted from early March, needed completing, and the amount of travel required would only make things worse.

UEFA could hardly have picked a worse time to ‘celebrate’ the tournament by hosting it across the continent. Obviously it was a decision taken with the 60th anniversary in mind with no hint of what was to come at the time, but a refusal to act in the face of sizeable and obvious risk, by allowing one nation to host for example, showed once again that European football’s governing body lacks both common sense and the ability to put the human aspect at the heart of any decision. As it is, the delay appears enough to satisfy those in charge that the competition can go ahead as planned 12 months on.

They say a week is a long time in football, so a year must be a lifetime. That is evident looking at both the make-up and likely structure of Gareth Southgate’s England squad. Some players have clearly benefited from the delay.

Phil Foden is perhaps chief among them. Last June, the 20-year-old was still a teenager on the cusp of fulfilling his potential; there were no full England caps to his name and no calls for an inclusion, but he was expected to step into the departing David Silva’s boots at the Etihad Stadium. Now he is a shoo-in to start for Southgate after shining as City won a third Premier League title in four years, as the favourite to be named the PFA Young Player of the Year.

Jack Grealish and Mason Mount’s respective seasons have propelled them past the point of potential inclusions, too. But time hasn’t been so kind to everybody. Foden’s Manchester City teammate Raheem Sterling has gone from key protagonist in the attack for both club and country to the periphery of both; he could even be sold by Pep Guardiola to fund a rebuild, while Southgate is also likely to look elsewhere ahead of the first group match against Croatia on June 13. 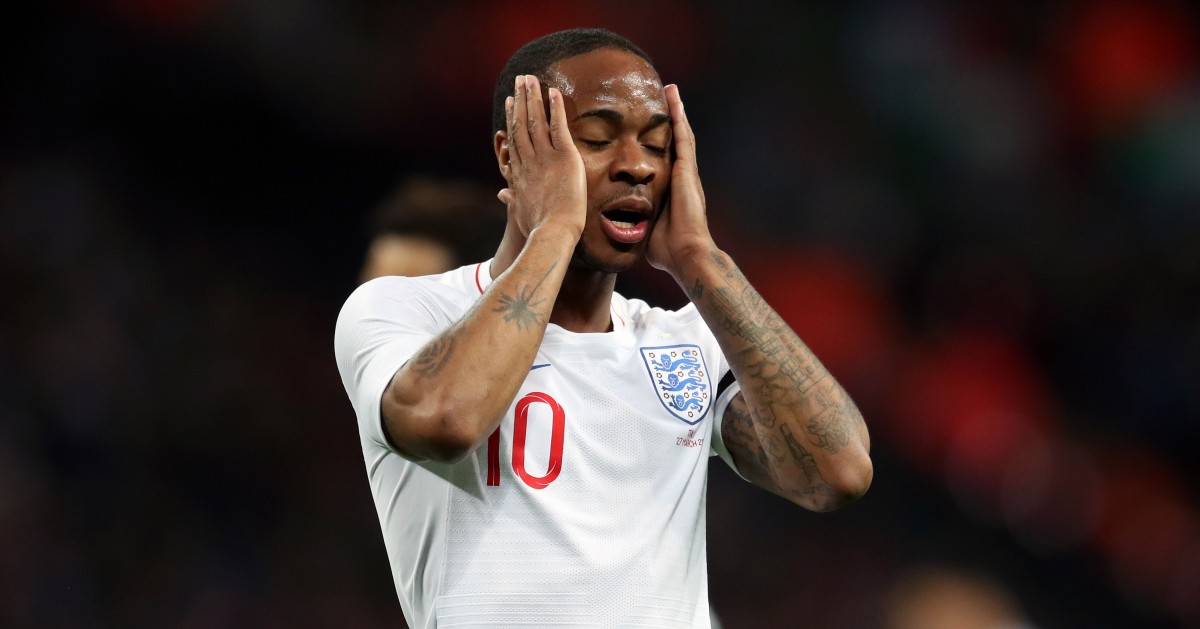 Marcus Rashford and Jadon Sancho have also fallen away from public consciousness somewhat. Alongside Sterling, they were once prime candidates to join Harry Kane in attack, but an off-colour performance in the Europa League final amid rumours of a long-term injury which would need time to mend after the Euros were the crescendo to a difficult end of the season for Rashford. Sancho, whose campaign began with intense speculation linking him with a move from Borussia Dortmund to Manchester United, suffered from injuries which significantly refused his efficacy until a strong run-in when he regained full fitness. Despite arguably being the most talented player at Southgate’s disposal, there was a genuine fear that he may miss out on the 26-man squad altogether.

But the narrative seems set, if not for Southgate then at least for swathes of the media and supporters: Sancho et al. are now behind Foden and co. in the pecking order. Creativity and guile have taken precedence over pace and a direct threat. It is all about getting Foden, Grealish and Mount in the same team. Given Southgate’s apparent desire to play a double pivot in midfield – most likely Declan Rice and, if he can prove his fitness, Jordan Henderson – there will only be one central spot available. Southgate works on trust first and foremost, so Mount is likely to take that, leaving Grealish and Foden to fill in either side of Kane. But this would be an extremely shortsighted selection.

It would almost certainly cause problems with the team’s balance. Foden and Grealish are not wingers but roaming playmakers who like to drift into space from wide positions; the same space that Mount, or perhaps even Jude Bellingham, will look to exploit. All three are supremely talented and thrive off going past players as much as they do making the right pass, but without Sancho in particular, and either Sterling or Rashford as well, the lack of a player to look to get in behind and put a full-back on their heels would negate England’s approach.

Sancho has been as much a victim of not being seen regularly by English audiences as he has from injuries this season. His move, and subsequent impact at Dortmund, originally garnered the attention which allowed his reputation to grow in the first place, but as Grealish, Foden and Mount flourished, his poor form saw the allure fade for some. Yet he remains one of the very best and most sought after young players in the world and having begun to show it late on in the season for Dortmund, should be among the first names on Southgate’s teamsheet.

Despite not yet becoming as key for England as he has for Dortmund over recent years, Sancho has more quality than either Mount or Grealish. He and Foden have starred for England and Manchester City at youth level and if this summer is to be a success, their blend of close control and directness will be key.