Kalvin Phillips has vowed to keep a cool head for England during the EUROs after he nearly cost himself a place in the squad in the final game of the Premier League season.

A key figure for Leeds United in recent years, Phillips was handed his Three Lions debut in September. He now has seven caps, and has been named in Gareth Southgate’s squad for this summer’s tournament. However, he almost missed out after injuring himself on the final day of the Premier League campaign.

The midfielder hurt his shoulder after diving into a tackle in the closing stages of Leeds’ win over West Brom.

It was a challenge fueled by frustration after his error earlier in the game gifted a goal to the Baggies.

But it backfired, and Phillips was helped from pitch by medical staff as he clutched his right shoulder. It was a concerning moment for the 25-year-old, who admits his thoughts immediately turned to his chances of playing in the EUROs.

Fortunately, the injury wasn’t as serious as first feared. But Phillips is using that experience as a lesson not to let his emotions get the better of him.

“It was my mistake that led to their goal and you could see my mood change,” he said (via the Daily Mail).

“I was annoyed with myself and that resulted in me getting injured. 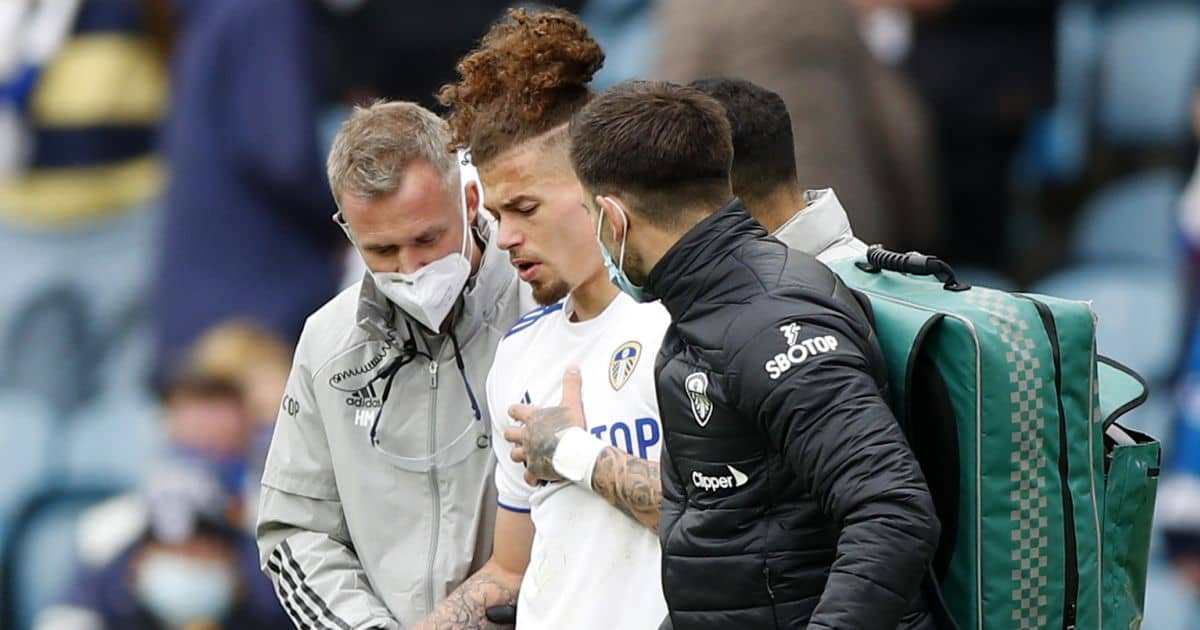 “My first emotion was being fearful that I wouldn’t make the England squad. It’s a learning curve. There are things I need to work on in my game and I will continue to do that.”

Despite those initial fears, Phillips got over the injury quickly and is now in contention to play again.

He watched Wednesday’s 1-0 friendly win over Austria from the bench, but he is expected to feature in Sunday’s warm-up meeting with Romania.

Asked if he feels ready to get back into the action, he said: “Yes, definitely.

“My shoulder is good and I feel very confident in it now. I actually did think I was going to miss the EUROs but my recovery has been excellent.

“The staff here (with England) and at the club have been excellent with me and I’m very grateful for that.”

READ MORE: Phillips has also heaped praise on a fellow England midfielder, saying there are “no words to describe how talented he is.”