Chelsea are reportedly ‘working intensely’ on a deal to bring Erling Haaland to Stamford Bridge this summer, with Roman Abramovich said to be ‘confident’ of sealing a deal.

The Norwegian hitman is regarded as the missing piece of Thomas Tuchel’s jigsaw, with a prolific striker the number one need in west London. Indeed, the potential arrival of Haaland would jettison the Blues to becoming one of the favourites for the Premier League title next season.

Borussia Dortmund are desperate to keep hold of the frontman, who has also been linked with both Manchester clubs. Indeed, the Bundesliga outfit have informed Haaland’s agent Mino Raiola that they do not intend to sell.

However, that is not expected to stop Raiola from exploring potential options for his client this summer.

Both City and United are expected to make enquiries for Haaland. But the report in the Daily Express states that the Blues have made the first move to sign the prolific 21-year-old.

Indeed, Norwegian broadcaster Jan Aage Fjortoft – who has close contacts at Dortmund – claims that Chelsea have been working hard behind the scenes to conclude a deal.

He does cite the fee will be big for a player who has scored 59 goals in 57 Dortmund appearances. Haaland is expected to cost upwards of £85million for any potential suitors.

Chelsea have two plans in place

Chelsea, however, have firm plans in place to secure the transfer. The report adds they intend to fund the deal by player sales. Eiether that or negotiating a switch which includes a number of instalments over a period of time.

At this stage, the biggest obstacle remains the wage structure in west London. 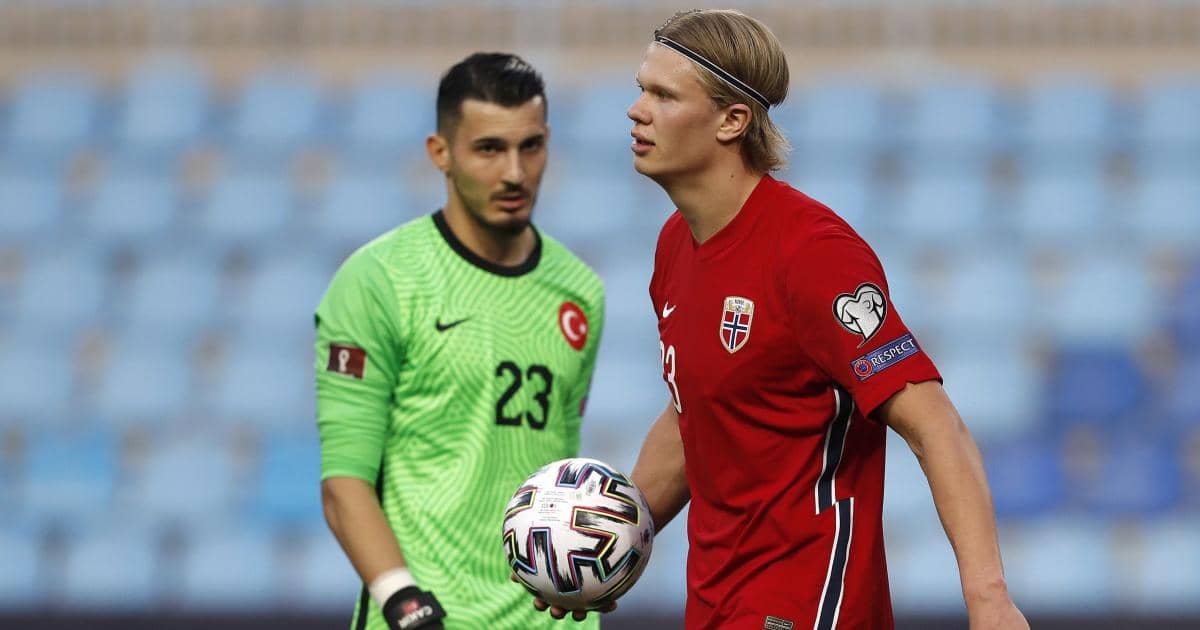 There’s every chance that they would have to make Haaland their top earner. That could end up working against them during future contract negotiations.

A deal could also take place at any time during the upcoming Euro 2020 finals. That is down to the fact that Norway failed to qualify for the tournament.