Accueil » A Fantasy Euro 2020 Player to consider from every nation

We’ve signed up for the £1million FanTeam Euro 2020 Fantasy tournament – and we’ve picked out a player from every single nation that you should consider buying.

You probably haven’t got an extensive knowledge of the North Macedonia squad, but there is value to be found in the strangest of places and we’re here to help you out.

With a minimum guaranteed prize pool of £1million and a guaranteed first-place prize of £200,000, we’re playing the FanTeam game and inviting you to sign up and play against us. It’s £20 to enter, but even finishing in the top 10,000 will win you a payout of £30.

And here are some tips to get you on your way.

A safe bet would be to go with Saša Kalajdžić (£6m).

He’s coming off the back of an excellent individual season with Stuttgart as he finished as their top scorer with 16 goals.

With the likes of North Macedonia and Ukraine in their group, you’d imagine there would be plenty of chances for him to hit the back of the net.

Even at the pricy cost of £11.5million, Romelu Lukaku looks very tempting.

He’s coming off the back of a prolific season with Inter Milan after winning the Serie A title and he’s as close to guaranteed goals as you can get.

Eden Hazard (11m) might be one to avoid for the time being with him not looking the same player since moving to Madrid.

Players like Luka Modric (£7.5m) and Mateo Kovacic (£7m) are brilliant to watch, but they often don’t return all too many points in fantasy football due to how the scoring system works.

He’ll be looking to get forward when he can and if he manages to grab a couple of assists this one’s a no-brainer. 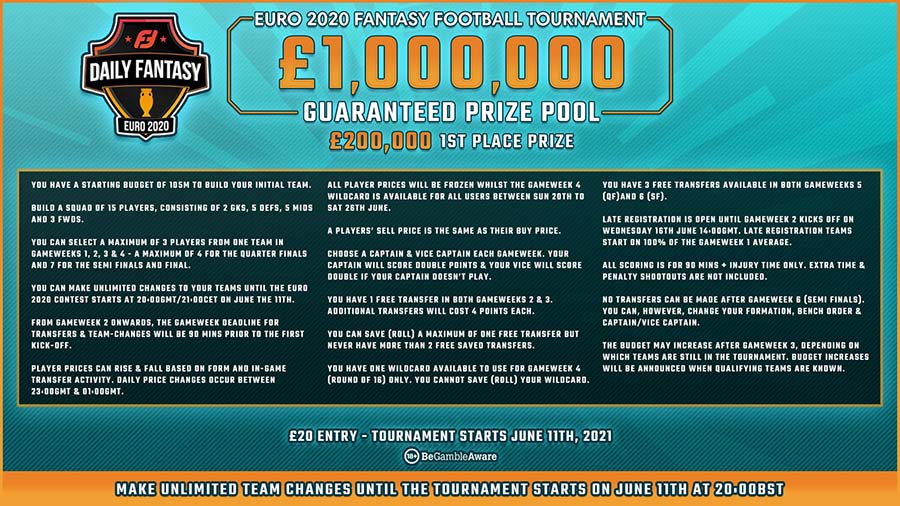 West Ham’s Tomáš Souček was one of the top-performing players in Fantasy Premier League this season so he’s the safe bet here.

After scoring 10 goals for the Hammers from midfield, £5million seems like a bargain.

His Wet Ham team-mate Vladimir Coufal is another decent option at £5million.

Defensively, Denmark have a fairly well-structured side, with Andreas Christensen (£5.5m) and Simon Kjær (5m) forming a good partnership.

For this reason, Kasper Schmeichel could be a decent option for your goalkeeper.

He loves a penalty save every now and again and is priced at £5.5million.

Harry Kane is the most expensive player in the whole game, coming in at a whopping £13.5million.

The price tag is probably justified, Kane is pretty much the perfect fantasy football player. He’s a guaranteed starter, he scores, he assists, he’s on penalties and he’s fancied to go quite far with England in the tournament.

He’s set the bar high for himself after winning the Golden Boot in Russia 2018, but you wouldn’t back against him doing the same again.

Mason Mount (8.5m) could be a cheaper alternative if you did want to get some England players in.

Teemu Pukki has just come off the back of another excellent promotion-winning season with Norwich, where he scored 26 goals.

Even though he might not get quite as many chances in this Finland squad, at just £5million he could be worth a gamble.

Let’s be real, their whole squad is an embarrassment of riches.

Kylian Mbappé (£13m) will most likely steal the headlines again, although the real value could be with Karim Benzema (10m).

After being included in the France squad for the first time since 2015, he has a point to prove and in Ronaldo’s absence at Real Madrid he’s once again proved himself to be a truly world-class striker. 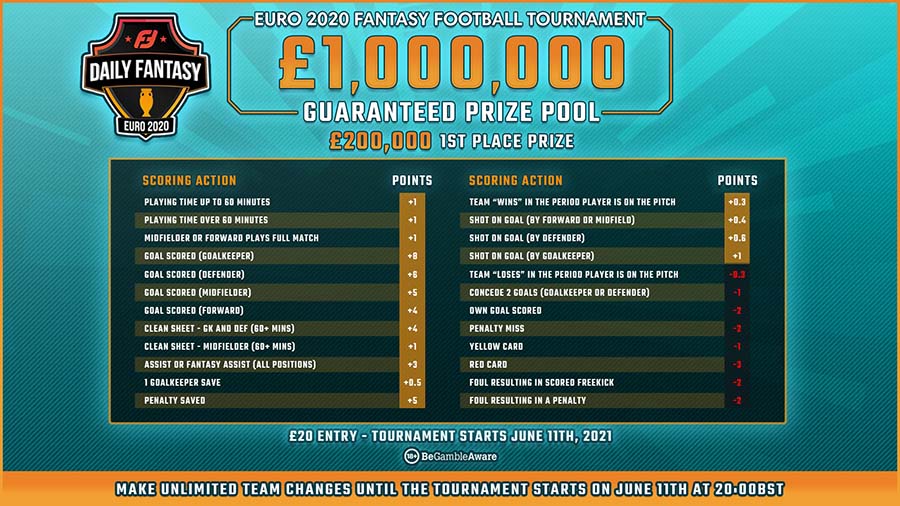 After delivering the goods in the Champions League final, Kai Havertz (£8m) might just be the man for the big occasions.

After a slow start to life in London, his upturn in form under Thomas Tuchel has been obvious to see and if he’s able to bring that form into the national side, he’d be a good pick.

They find themselves in the so-called ‘group of death’ with France, Germany and Portugal.

As he’s expected to be so busy between the sticks, Péter Gulácsi (£4m) could pick up a few bonus points sheerly from the number of saves he has to make.

Defensively the Italians seem to be in good shape, having only conceded four goals throughout qualifying.

Veteran defender Leonardo Bonucci (£5.5m) seems like a decent option for this reason.

They would be expected to keep a few clean sheets and Bonucci can be a threat from set-pieces too.

After not qualifying for the last two major tournaments, the Dutchmen are back with quite an exciting squad.

Memphis Depay (8.5m) is the obvious choice here, having scored six goals and got seven assists during qualifying.

On the game he’s classed as a midfielder, although there’s a good chance he’ll be starting up front when the tournament kicks off.

Although they aren’t expected to go far in the tournament, they could be a lot of fun this summer.

Leeds United’s Ezgjan Alioski (4.5m) has the potential for a few attacking returns, with him most likely playing as an attacking wing-back.

Napoli’s Eljif Elmas (5m) could be another to keep your eye on. 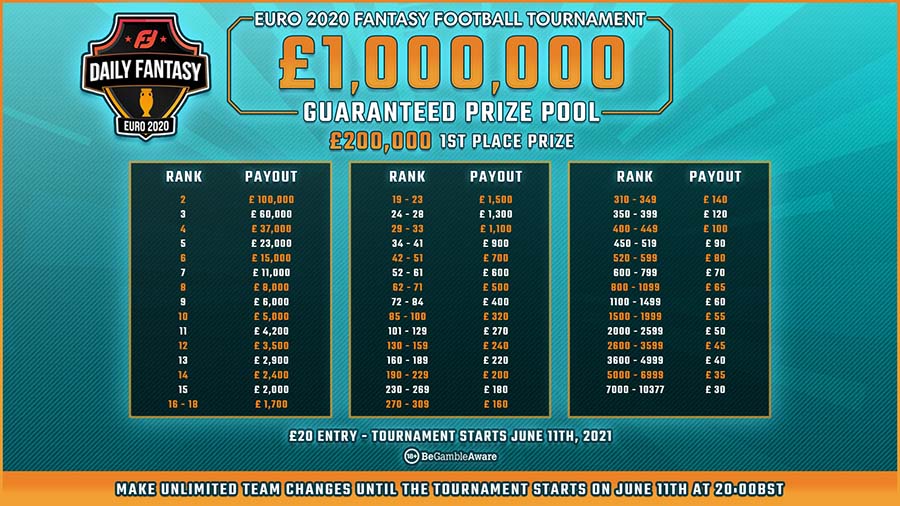 A successful Euros campaign could make all the difference for Robert Lewandowski (9m) in the Ballon d’Or race this year.

He’s fresh off the back of breaking the Bundesliga goalscoring record with 41 league goals this season and you wouldn’t back against him doing the business this summer.

Portugal currently have some of the finest attacking options in the whole of Europe.

On one hand you’ve got Bruno Fernandes (9m), who picked up more points in FPL than any other player this season with 244.

Then you’ve got the likes of Bernado Silva (8m), Joao Felix (8.5m) and Andre Silva (6.5m), who are all available at reasonable prices.

But can you afford to leave out Christiano Ronaldo? He is the man for big occasions and is priced at £10 million.

He scored nine goals throughout the qualifiers and is coming off the back of a good individual season with 20 league goals for Zenit.

Aleksandr Golovin (6m) is another one to consider.

Robertson could just edge this one as he will be on some of Scotland set-pieces and could pick up a few assists.

John McGinn (4.5m) could also chip in with a few goals from midfield. 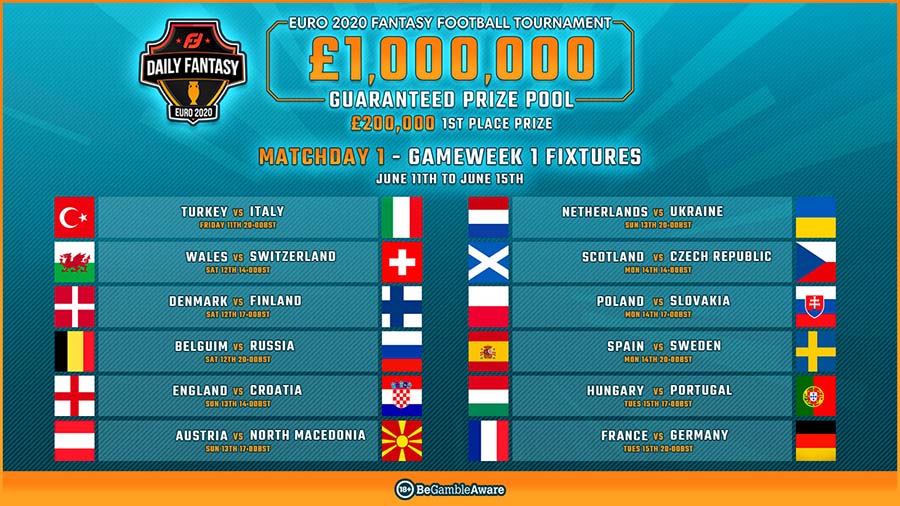 Milan Škriniar (4.5m) is a nice option if you are looking for a defender on a budget.

He’s just won the Serie A with Inter and has scored a couple of goals for Slovakia in the recent World Cup qualifying matches.

Marek Hamšík (4.5m) is another one of the big names in the squad, although he has been slowing down in recent years.

Man City winger Ferran Torres (9m) is one of Spain’s most exciting players coming into the tournament.

Despite his game time at City being fairly limited this season, he has been a regular starter for Spain recently.

With six goals in just 10 appearances for his country, he looks to be quite an appealing option.

The value from Sweden comes from some of their exciting forward options.

Alexander Isak (5.5m) is coming off the back of his most prolific season to date with 17 goals for Real Sociadad this season.

Juventus winger, Dejan Kulusevski (6m) is another upcoming Swedish talent who has an eye for goal.

His outrageous bicycle kick against Poland from Euro 2016 is still etched into all of our minds.

If anyone is going to step up for Switzerland, you’d imagine it would be him.

Leicester City defender Çağlar Söyüncü (5m) is one of the most reasonably priced defenders on the game.

Turkey have been a strong side defensively, having only conceded three goals throughout qualifying.

Hakan Çalhanoğlu (5.5m) is another viable option as most of their chances will come through the AC Milan midfielder.

Roman Yaremchuk (5.5m) could prove himself to be a decent budget striker.

He’s coming off the back of an impressive season with Gent, scoring 23 goals in all competitions.

Manchester City’s Oleksandr Zinchenko (6m) is another tempting option as he tends to play further forward for his country.

Gareth Bale (6m) had a key role to play in Wales reaching the semi-finals of Euro 2016 and is someone that steps up in big moments.

Despite his career somewhat dwindling since then, his passion for the national side can’t be questioned.

Dan James (5m) is another tempting option as Wales will look to him as an out-ball to counter.

Sign up and enter your team before 8pm on Friday when Turkey and Italy get the Euros underway for your chance to win £200,000 – and, more importantly, beat us.