Jose Mourinho is hoping to rekindle his magic touch and secure a deal for an impressive striker linked with Man Utd, Tottenham and West Ham, according to a report.

The Portuguese firebrand wasted little time in securing his next move after Tottenham cut ties a week before the EFL Cup final. Mourinho was quickly installed as Roma boss, and faces an uphill battle to put them into Serie A contention.

The first step to doing just that is overseeing a successful maiden transfer window at the helm.

Managers often rely on past experiences, and as such, Roma have been linked with several players from Mourinho’s former clubs.

A move for a goalkeeper now free from his Man Utd nightmare was recently touted. Additionally, no fewer than four Tottenham stars have been rumoured as targets.

That comes from his pursuit of Man Utd and Tottenham target, Andrea Belotti. 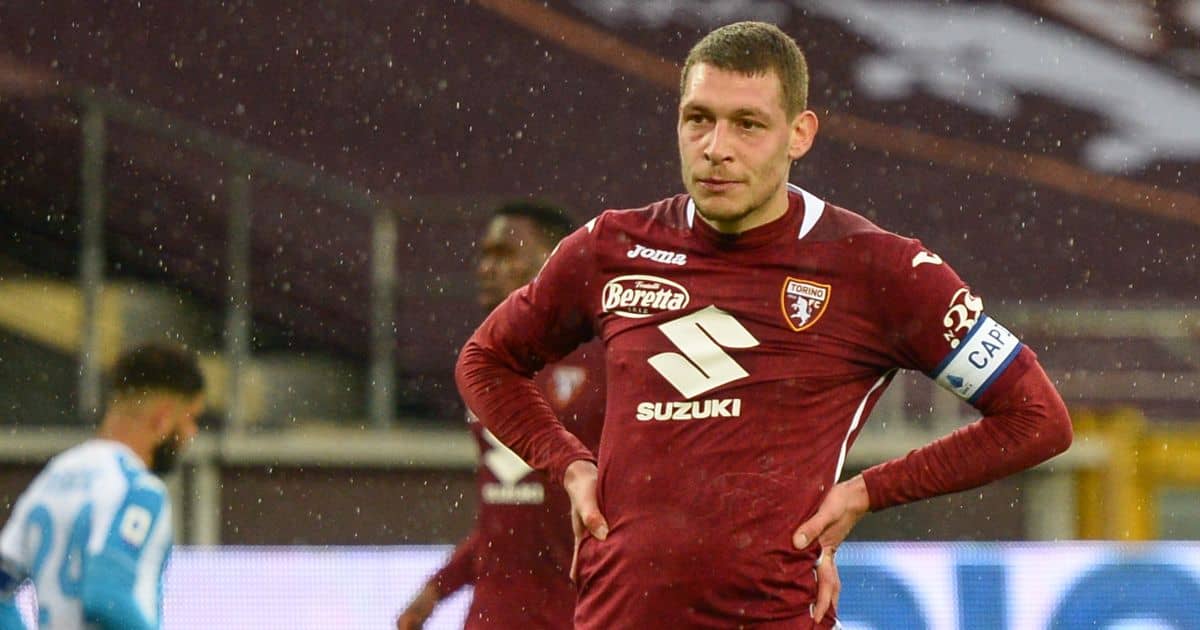 The Italian striker, 27, has been Torino’s top scorer in five of their last six seasons. With just 12 months remaining on his current deal, an April report noted Man Utd and Tottenham’s interest.

West Ham were also deemed to be in the mix, though per Goal, Roma are ‘ready to make a move’ for the marksman.

Mourinho has reportedly identified Belotti as the long-term replacement for Edin Dzeko. However, pulling off the coup will require a serious come down from Torino.

Torino are reportedly demanding £27m for their talisman. Roma are said to be unwilling to rise above £17m.

However, there may be some wriggle room on Torino’s behalf in order to generate a fee before Belotti becomes a free agent next summer. If so, Mourinho could have the last laugh over two of his former clubs.

Meanwhile, Manchester United have been told by Borussia Dortmund of a strict deadline for the transfer of Jadon Sancho this summer.

United are expected to try for the 21-year-old again this summer after their pursuit ended in defeat last year. And according to Sky Sports News and The Athletic, there is increasing confidence from United’s part that they can sign Sancho.

However, German outlet Bild insist no official bid has been made yet by United and no discussions have taken place.

Dortmund have reportedly made it clear there will once again be a strict deadline on a departure date for Sancho.