Italy got their Euro 2020 Group A campaign off to the perfect start with a comfortable 3-0 victory over Turkey in the Stadio Olimpico.

The match was goalless at half time but the Azzurri were ahead eight minutes after the break. Domenico Berardi made easy work of Umut Meras before smashing the ball across the face of goal.

Merih Demiral failed to react quick enough and the ball deflected into the net via the Juventus man’s midriff. But there was nothing fortunate about Italy’s second.

Leonardo Spinazzola’s volley was well saved by Ugurcan Cakır but Ciro Immobile was on hand to side foot home from close range on 65 minutes.

It was certainly no more than the Italians deserved as they were bossing the game and Turkey were visibly tiring. And a third duly arrived on 79 minutes.

Turkey made a  mess of playing out from the back and Immobile turned provider. He teed up Lorenzo Insigne who smashed home to ensure the points went to Italy. 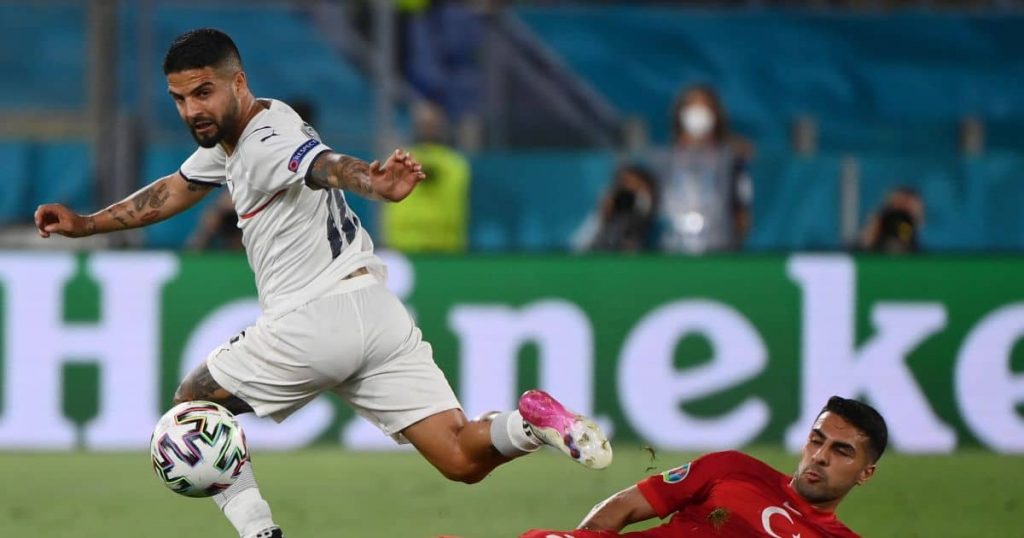 Turkey put on a stubborn display but the gulf in class showed towards the end as the visibly tired. It was a workmanlike display from Roberto Mancini’s side who next face Switzerland on June 16.