The Azzurri kicked off the tournament with a comfortable 3-0 victory over Turkey in Rome. Merih Demiral turned the ball into his own net from Domenico Berardi’s fierce cross to open the scoring on 53 minutes. Ciro Immobile then slotted home on 65 minutes after Leonardo Spinazzola’s volley was well saved by Ugurcan Cakir.

Immobile then turned provider, teeing up Lorenzo Insigne to smash home and ensure there was no nervy ending for the Italians. It took a while for the home side to break down Senol Gunes’ men but they were far too good in the end.

There seemed to be a togetherness in the squad after the final whistle. Mancini was pleased with the display and confessed that the return of spectators was a huge factor.

“We played well. With it being the first match, it wasn’t easy and we were against a good team,” he said. “The crowd helped us, and it was crucial for us to move the ball quickly.”

Italy are now unbeaten in 28 matches, stretching back to 2018. They next face Switzerland on June 16 before concluding proceedings against Wales on June 20.

Despite their unbeaten streak, Mancini’s men have not been tipped to win the tournament. But, playing at home, they should have no trouble in making it out of the group stage.

Mancini took the Italy reins in May 2018 after short stint in charge of Zenit Saint Petersburg. He has won 24 of his 33 games and lost only two.

It remains to be seen if they can go all the way as there will be tougher tests than Turkey along the way.

But forward Insigne was full of praise for the way in which the former Manchester City boss has galvanised the players.

“Our strength is the group; the coach has created a great group in which there are no starters and bench players and each one of us is always ready to sacrifice for our teammates,” he said.

“Winning is the most important thing – if I score, even better. It was a great night.”

Former Spain star Cesc Fabregas was equally impressed with the discipline shown by Italy throughout the 90 minutes. 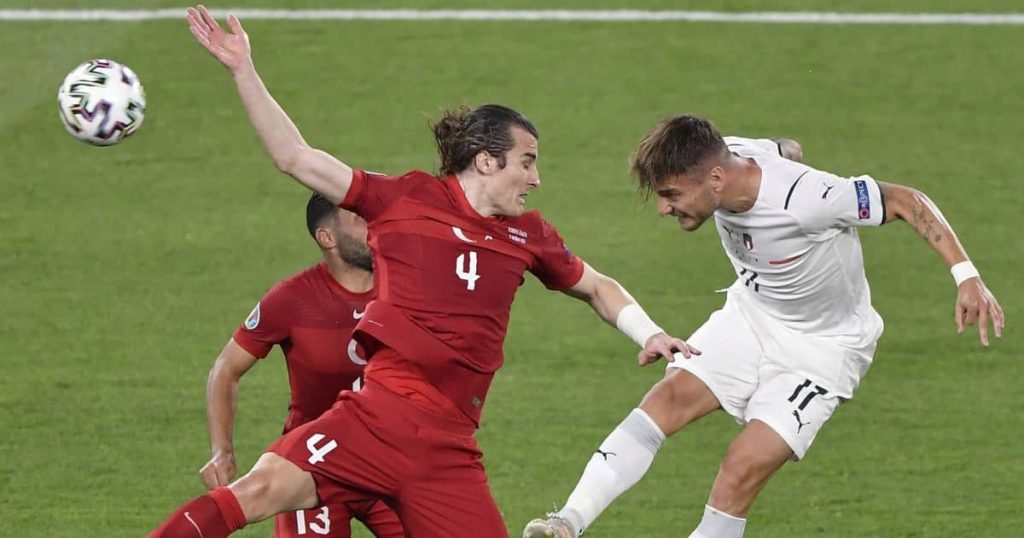 “Turkey could not keep hold of the ball, the worst thing you can do when you defend like that is just kick it out and not have the ball for 10 seconds because they eat you alive,” he told the BBC.