Mason Mount is relishing the opportunity to face off with Luka Modric again, one month after the Croatia playmaker left him stunned by asking for his shirt.

England kick off their Euro 2020 campaign on Sunday when they welcome Modric’s country to Wembley for a Group D match. Croatia, of course, ended the Three Lions’ journey at the World Cup three years ago. Modric was a key player in that semi-final, which ended 2-1 to his nation after extra time.

Now, England are out for revenge, but they will have to contain Modric. Mount will be involved in that midfield battle, just as he was when his Chelsea side faced Real Madrid in the Champions League semi-finals.

As such, the Champions League winner is hoping to have another good game against one of his inspirations.

“He has always been a player that I have looked up to,” Mount said. “Ever since he has been in the Premier League with Tottenham, I have watched him quite closely.

“Playing against him, it was weird because I had watched him so much, I kind of knew his moves and what he was going to do.

“It helps being a fan of a player and then playing against him because you know what he likes to do.

“The experience of playing against him helps because you want to be in these big games and learn how to handle the pressure and big moments.

“Them two games were massive in our run and I gained a lot of experience from them two games.” 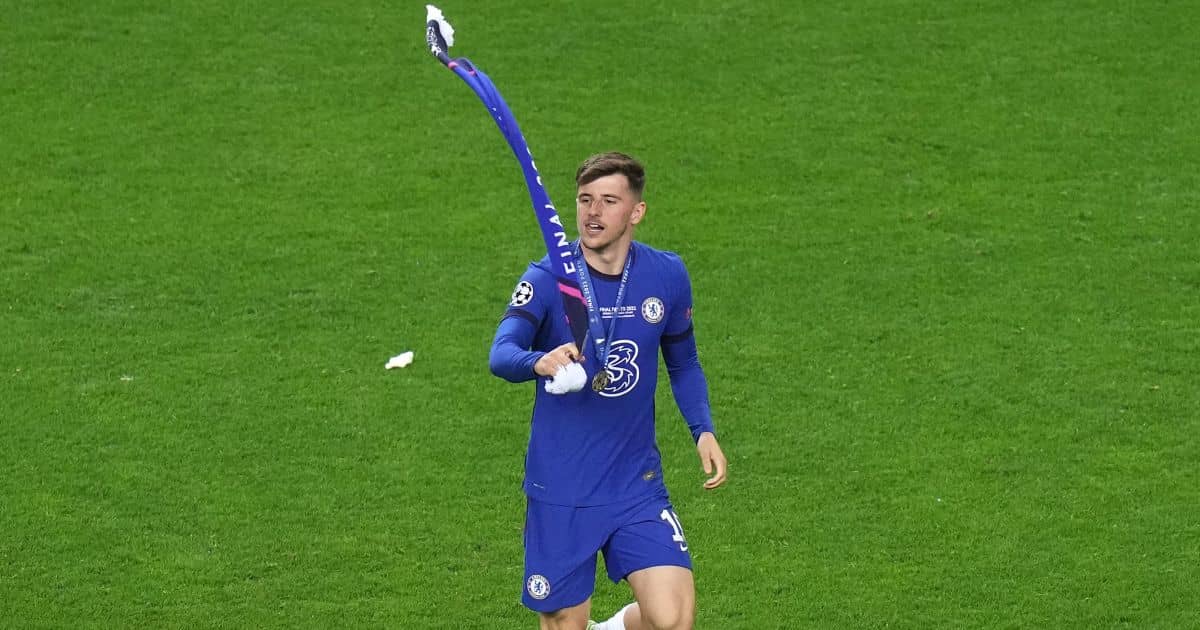 After the clash between Chelsea and Madrid at Stamford Bridge, Mount came away with Modric’s shirt at the 2018 Ballon d’Or winner’s request of a swap.

“I spoke to (Mateo) Kovacic before the first game and asked if I could get his shirt at a later date,” Mount said.

“I managed to do that and he asked for mine in the second game because I didn’t actually give him mine in the first.

“Kova said he likes to swap with players so he came up and said he wanted mine, just said good luck in the upcoming games.

“It was brilliant for me obviously to speak to him and he wants my shirt. So I was quite overwhelmed, yeah.”

Mount said it was “special” to know that such a prestigious player wanted his shirt.

“Special,” he said, smiling. “I’ve got it at home along with a couple of others I’ve got over the last couple of months or so. It’s always good to keep those special shirts.”

Mount also spoke about another of his childhood idols and a man who became his manager at Chelsea, Frank Lampard.

Lampard worked with Mount at Derby County and then at Stamford Bridge, often keeping faith in him.

The 22-year-old confirmed he is still in touch with the ex-Blues boss, who helped him develop into the player he is today.

“I don’t really try to look too much into what happens away, if it’s good or bad,” Mount said. “I feel like it’s not going to improve you on the pitch.

“What I like to focus on is the people that really mean a lot on the pitch and helped me grow as a player.

“That’s always something I’ve tried to do and obviously I’m very confident in my ability and what I can do. So, yeah, that’s the most important thing for me.”

When Mount came in for criticism in the past, not only Lampard defended him, but so too did Declan Rice.

His best friend, they came through the Chelsea academy together until Rice switched to West Ham. Now, they will be representing their country together on the international stage.

Naturally, they will be close during the tournament.

“He is there next door and every time he wakes up – he wakes up earlier than me – and he tries to knock on my door and wake me up to go to breakfast every morning,” Mount said.

“I might have to move a couple of doors down so I’m not right next to him!

“To have my best mate with me and to go through this experience with him and obviously all of the other boys as well, it means a lot and it’s something that is very special to us and that we’ll remember for a long time.”

With a Champions League medal in his cabinet, Mount is now hoping England can go all the way to the Euros final at Wembley on July 11th.

“Obviously knowing the history, we’ve never won a Euros before,” he said. “So, for us, we’re a team that’s very hungry to want to do that.

“We want to create history that no-one has ever done before and I feel like with this group, with this young group, we can definitely do that and we know what we can do.

“We know the level of players we have in this group and how together we are, and how hungry we are to create history. So we’ve just got to go and perform on the pitch now.”