Arsenal will be one of three clubs watching Manuel Locatelli closely if he starts for Italy in their Euro 2020 opener on Friday, according to a report.

The delayed tournament finally gets underway on June 11th, with Italy facing Turkey at Rome’s Stadio Olimpico. One of the outside favourites for the competition, there will be plenty of players among the Azzurri ranks to keep an eye on. In fact, interest is already mounting in one of the talents they will have on show.

Locatelli is the player in question, having enjoyed a stellar season with Sassuolo. The Milan academy product now seems ready to step back up to a higher level.

That could take him to the Premier League, as according to Sky Sport Italia, Arsenal are keen on the midfielder.

The Gunners need to strengthen in midfield after losing the creativity of Dani Ceballos and Martin Odegaard. In slightly deeper territory, they also look set to be deprived of Granit Xhaka.

Therefore, they require more bodies in that territory to offer them the full range of qualities.

Deep-lying playmaker Locatelli would help them get their foot on the ball more, while he has also developed his contributions going forward. In the 2020-21 season, he recorded a career-best goal tally of four in Serie A.

He has been on Arsenal’s radar for a few months and now they will be watching him in more detail on the international stage.

Locatelli is likely to start for Italy in their opener against Turkey, alongside Jorginho and Nicolo Barella. Main midfield man Marco Verratti is unavailable through injury and other option Lorenzo Pellegrini has withdrawn from the squad for similar reasons.

Hence, a space has opened up for Locatelli. It will be the 23-year-old’s first taste of an international tournament and he will be aiming to catch the eye.

But Arsenal are not his only observers. The report adds that Paris Saint-Germain and Borussia Dortmund will also be keeping tabs on him.

After finishing second and third in Ligue 1 and the Bundesliga respectively, both European giants are aiming to strengthen for the season ahead.

Thus, Arsenal could be involved in a bidding war for Locatelli. Sassuolo are holding out for a fee of around €40m, which has already put off Juventus. 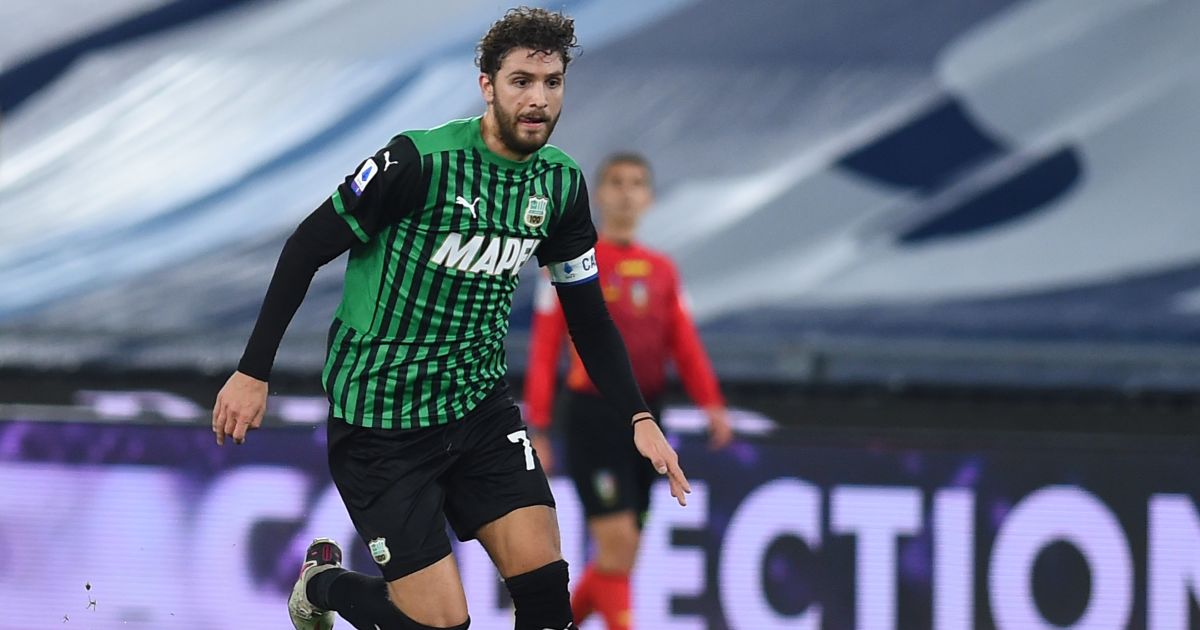 Two months ago, Locatelli admitted that he would consider a move to a different country if he was to leave the Italian side.

Speaking to Corriere dello Sport, he said: “I don’t know if this will be my last year here or what the future holds for me.

“When, and if, there are opportunities, we will evaluate them all together.

“Playing abroad is an option for me and at the moment I’m not excluding anything.

“It’s part of my job and it means that I have raised my level.

“Certain certificates of esteem and interest from big clubs increase my motivations. They make me understand I’m on the right track.”