Reports in Spain claim Everton are eyeing a summer swoop for Barcelona’s second-string goalkeeper Neto but might face competition from another Premier League club.

The 31-year-old moved to the Nou Camp from Valencia in the summer of 2019. The Brazilian replaced Jasper Cillessen as Barca’s number two, with the Netherlands international taking his position at the Mestalla. Neto knew that he would be behind Marc-Andre ter Stegen in the pecking order.

And that is exactly how it has panned out, with just nine La Liga appearances across two seasons. He deputised for the injured Ter Stegen at the start of 2020-21 but the Dutchman regained his place when fit.

There was interest in the shot-stopper during the January transfer window. Arsenal were keen to take him on loan for the second half of the campaign.

But Barca refused to play ball, making to clear the keeper was still ‘important’ to them despite his lack of game time. It is thought the Gunners still hold an interest and so the South American may well have options this summer.

The north Londoners have also been linked with Ajax keeper Andre Onana and so may look elsewhere. The Catalans reportedly still want to keep him but Mundo Deportivo are reporting that Everton are possible suitors.

That is despite being without a manager after Carlo Ancelotti’s defection to Real Madrid. It seemed as though he was keen to leave in the winter window.

And it could be that playing second fiddle may now be getting to the former Juventus and Fiorentina man.

Neto to put pressure on Pickford

Jordan Pickford has been Everton’s undisputed number one keeper for the past four seasons. However, errors have begun to creep into his game and he is being challenged by Robin Olsen.

The Sweden international stood in for the 27-year-old when he was injured last term. And there were rumours that Ancelotti was thinking about bring in a new shot-stopper in January.

The Italian is no longer in charge and it remains to be seen in which direction the new manager moves. But Neto may well be in place before the next boss is in situ. 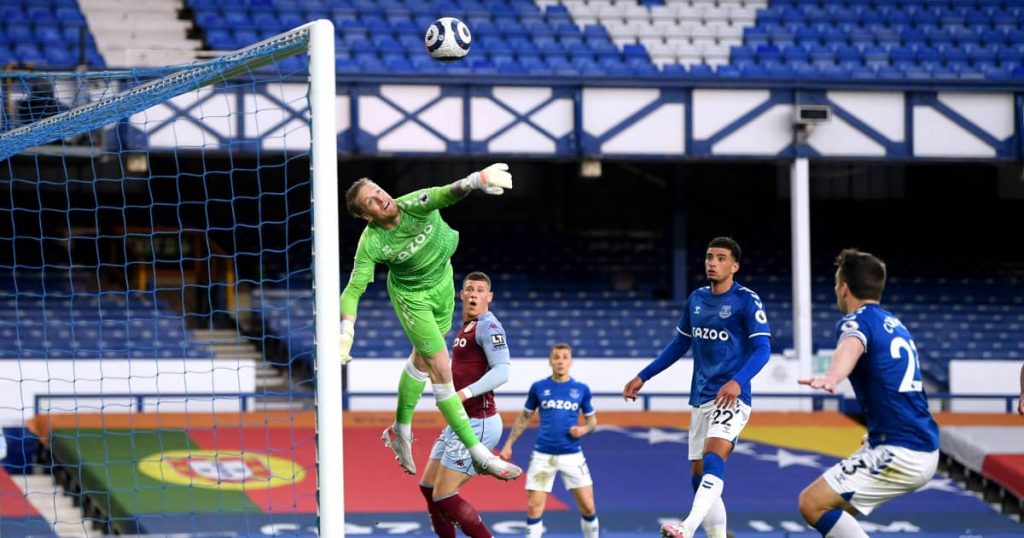 The report claims the Merseysiders have shown interest in the past 24 hours. There has been no mention of any potential transfer fee.

But the man with one Brazil cap has two years left on his current deal and will not come cheap.