The RB Leipzig defender brought in to replace Liverpool new boy Ibrahima Konate admits that he wants to eventually follow the Frenchman to Anfield.

Konate will officially complete a £36million switch to Anfield on July 1, having been chased by the Reds since the start of last season. The 22-year-old joined Dayot Upamecano in deciding to quit Leipzig, with the latter heading to fellow Bundesliga side Bayern Munich.

Konate became the second player to swap the Red Bull Arena for Anfield after agreeing a five-year deal last month. He will join midfielder Naby Keita on Merseyside.

As their replacements, Leipzig agreed a deal to sign Josko Gvardiol from Dinamo Zagreb last September and Mohamed Simakan from Strasbourg in March.

Gvardiol, who previously turned down a switch to Leeds, spent the remainder of the last season on loan at his old club Dinamo. He will link up with Leipzig after the Euros.

However, it would appear that the talented stopper is already eyeing Liverpool long-term.

He told 24sata (as cited by This Is Anfield) this week, when asked where he would to play: “In Liverpool. From a young age, I watched Liverpool games with my dad and I grew up with only them.

“When I took football more seriously, I started following them, and I definitely want the Premier League and Liverpool.”

The 19-year-old has largely been signed for his versatility, as he can at centre-back or left-back. He could even start Sunday’s Euro 2020 clash against England at Wembley.

He mainly played as a full-back for Dinamo, but it likely to be tried in the middle after Leipzig sold Konate and Upamecano.

At this stage, it looks unlikely that Liverpool will take a chance on a player early in his development.

However, if he impresses at the Euros then a future transfer could well be on the cards.

According to La Gazzetta dello Sport, via Football Italia, Napoli are willing to offload one of Ruiz and Kalidou Koulibaly this summer. And the indications are that Koulibaly could remain at Napoli for at least one more season.

Former Roma boss Spalletti wants the Senegal centre-back to stay at the club. Napoli have also yet to receive an offer for the 29-year-old, leaving the way clear for the club to accept offers for Ruiz. 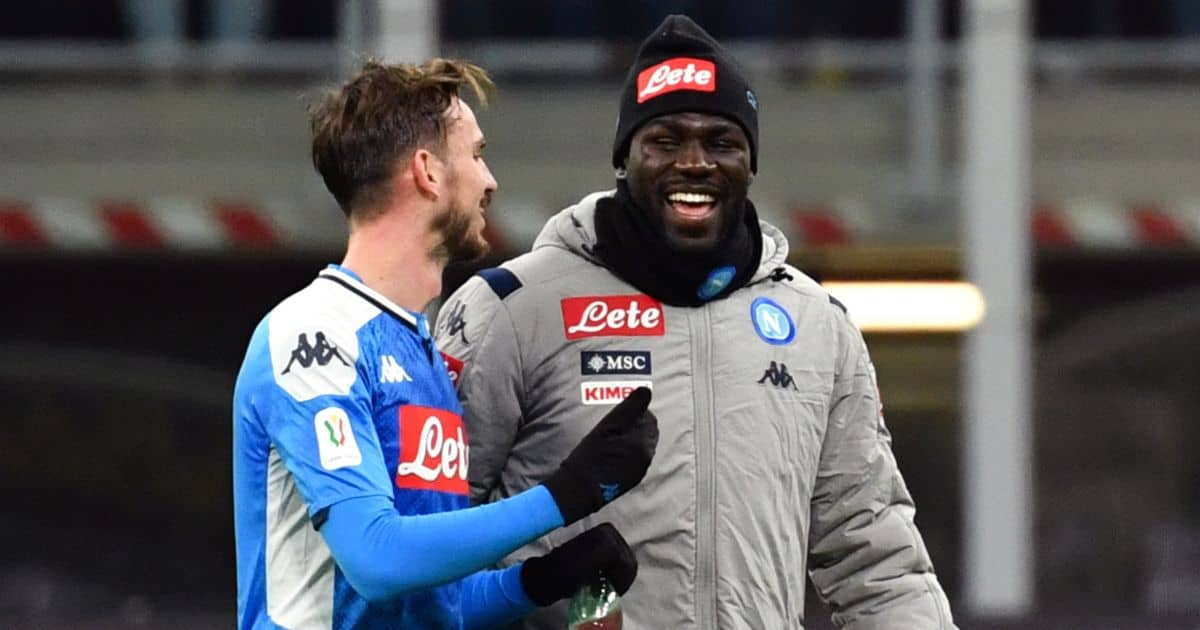 Koulibaly’s contract expires in June 2023. President Aurelio De Laurentiis is thought to be preparing to ask the defender to take a pay cut, agreeing to get spread his €6m-a-year wages on a longer deal.

As for Ruiz, he is also under contract until 2023. However, De Laurentiis may well cash in on the Spain star this summer.

Ruiz is part of Spain’s Euro 2020 squad and he will have the platform to showcase his talents this month.

Real Madrid and Barcelona were also fans of the central midfielder, while Manchester rivals United and City were also named  in the hunt.

A transfer never really got off the ground though and Ruiz was supposed to be signing a new deal.

However, Ruiz’s agent, Alvaro Torres, revealed in April 2020 that contract talks had stalled due to a mutual decision.

“A few months ago, we decided to leave the issue of Fabian’s contract to one side. We can return to it at the end of the season,” he is quoted as saying by the Metro.

Ruiz renewal off the table

Renewal talks have not been on the agenda since. And with Liverpool eyeing a replacement for Gini Wijnaldum, Ruiz could fit the bill.

Ruiz has developed into a full international in Naples and Atletico Madrid had been tipped to make a move the former Real Betis star.

According to Todofichajes, former Everton boss Carlo Ancelotti wanted Ruiz. In fact, last year a report claimed he had already made contact with the player.

Now with Ancelotti at Real Madrid he may well pursue Ruiz again. Liverpool though are sure to be watching proceedings

Gazzetta dello Sport reported last April that Ruiz’s price tag had dropped to around £52m. Later reports claimed De Laurentiis wanted at least €80m, but those figures were pre-Covid and the economic downturn.