A report in Tuttosport claims that the Brazilian attacker is closing in on a switch to Turin, but that is only if Spurs are unable to reach an agreement with City and the player himself over a move to north London instead. The 24-year-old has been tipped as a potential replacement for wantaway Tottenham talisman Harry Kane.

The England skipper wants a move after suffering another trophyless campaign, while Spurs also failed to qualify for the Champions League.

An exit for Kane is far from done, at this stage, especially with Daniel Levy refusing to listen to bids. It may be that Tottenham are looking at Jesus as an addition to their top marksman, having opted against a permanent deal for loanee Carlos Vinicius.

However, that scenario may force Jesus to snub a switch to London as he wants guaranteed first-team football.

The former Palmeiras will find the same issue if he moves to Juve though. The Italian giants currently have Cristiano Ronaldo and Paulo Dybala as striking options, although both players could be at new clubs by the time the 2021-22 campaign starts.

Ronaldo continues to be linked with a sensational return to Manchester United. Dybala, meanwhile, has long been linked with a move to Spurs and that talk has escalated as Daniel Levy prepares to appoint former Juve man Fabio Paratici as the club’s new sporting director.

But should City sell Jesus, having already allowed Sergio Aguero to move on, they are sure to move for one of Kane, Erling Haaland or Robert Lewandowski as his replacement.

Meanwhile, Borussia Monchengladbach midfielder Jonas Hofmann says he is “proud” to be linked with Premier League clubs, as Chelsea and Tottenham compete for his signature.

The Germany international was a key player for Marco Rose’s side in the Bundesliga last season. He scored six goals and provided 11 assists in 24 appearances. His ability was further highlighted when he was selected for the Germany squad by Joachim Low for the upcoming European Championships. 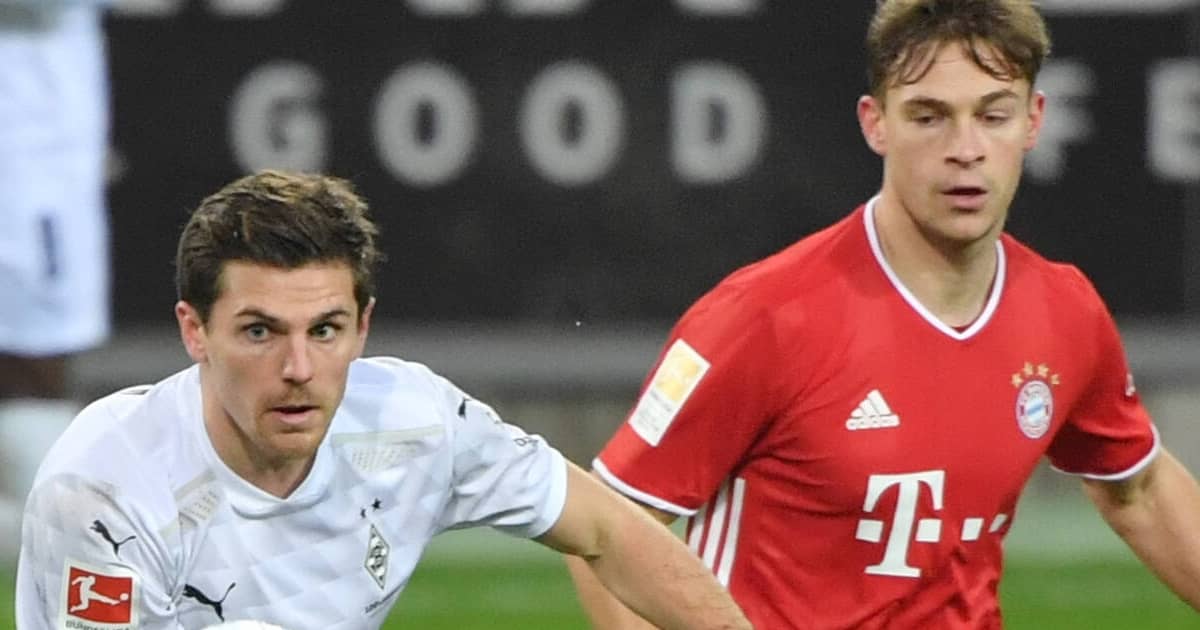 News of his performances has spread quickly throughout England with Spurs and the Blues expressing interest in the midfielder, according to reports.

This interest in Hofmann comes as no surprise – his exquisite vision, composure on the ball and eye for goal make him a perfect fit for the fast-paced tempo of the Premier League.

Speculation over a move to England has been greatly received by the 28-year-old.

“Without sounding arrogant, it makes me proud to see my name linked with top clubs like them.”

Featuring in his first tournament for Germany, Hofmann will get the chance to play for his country in their first Euros game against Portugal next Saturday.

He will be keen to follow in the footsteps of compatriot Kai Havertz who scored the winning goal in the Champions League final for Chelsea a fortnight ago.

He may end up alongside his international team-mate for both club and country by August, with Thomas Tuchel greatly interested in bringing him to Stamford Bridge.