The England midfielder enjoyed a stellar season for the Blues amid the change in managers at Stamford Bridge. Frank Lampard’s relationship with him is well-known, but he has earned Thomas Tuchel’s plaudits too. Mount also has admirers on the international stage and started in the Three Lions’ win over Croatia on Sunday.

Mount made several vital contributions for Chelsea last season, not least a goal in the Champions League semi-final and an assist in the final.

As a result of scooping a winner’s medal in the competition, his profile has risen further.

Indeed, France superstar Mbappe reached out to the 22-year-old via an interview with France Football.

Asked who he thinks the publication should speak to next, the striker said (via Get French Football News): “Gigi [Buffon] because I would like to know what he is going to do next.

“Messi, because he does not speak much, so we would discover things. Mason Mount, because he is a superb player that we don’t yet know much about.”

Overall, Mount contributed nine goals and nine assists in all competitions to help the Blues reach the Premier League’s top four and the FA Cup final.

Former Chelsea boss Lampard is one of the midfielder’s biggest admirers.

In fact, Lampard sang Mount’s praises after his performance in England’s defeat of Croatia. 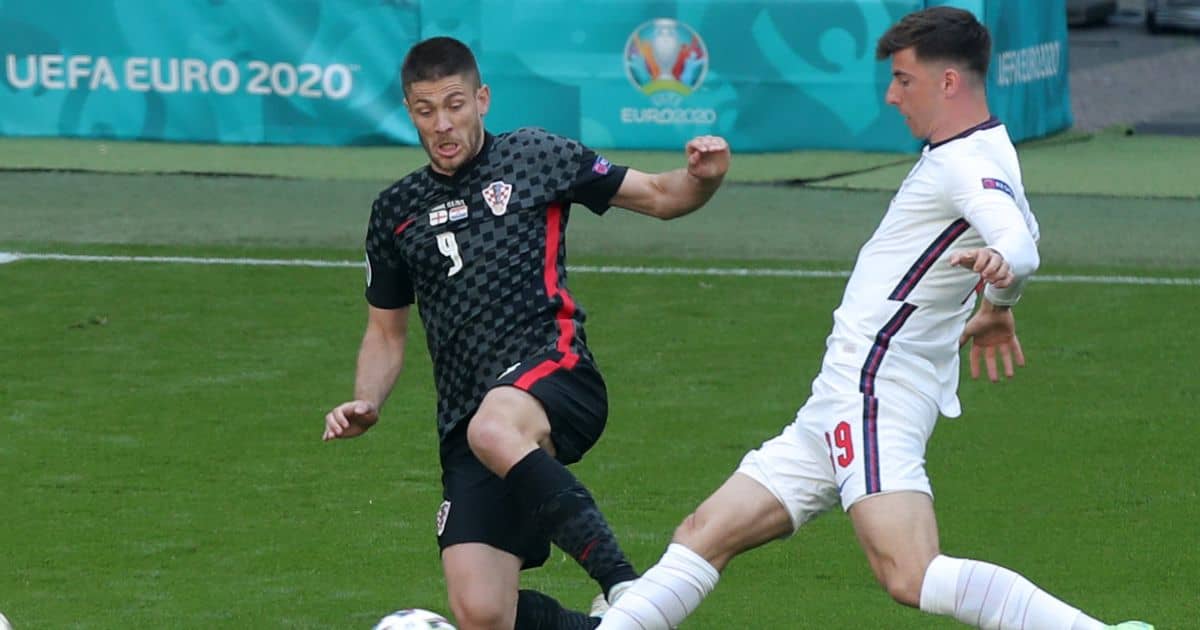 “I thought Mason, his performance all-round was absolutely class,” the 42-year-old told BBC Sport. He, for me, is the best attacking midfielder in terms of pressing and jumping from midfield to win the ball back.”

Asked by Rio Ferdinand if such abilities are taught, Lampard joked: “I taught him it! He knows the right moments to go, he has the work ethic. He will run all day and give his everything.

“When you’re playing that midfield, he has to play.”

Mount has put in a strong claim to start again when England play their second Group D game against Scotland on Friday.