Man Utd are willing to sever ties with a major name after the concerns of Ole Gunnar Solskjaer were revealed, while Tottenham chief Fabio Paratici is lining up a swoop for an Argentine striker, all in Sunday’s transfer gossip.

MAN UTD STRIKER TO BE ‘SACRIFICED’

Ole Gunnar Solskjaer is reportedly ready to offload Anthony Martial after the Norwegian was left unimpressed with the striker on multiple counts.

Martial, 25, was made to take a back seat after Edinson Cavani proved his worth despite his advanced age.

The Uruguayan quickly established himself as the club’s first choice at centre-forward. Furthermore, the continued rise of Mason Greenwood has given Man Utd another intriguing option at No. 9.

That will likely see Martial pushed into a wide position next season where he has previously failed to show his best. And should the club complete their long-standing pursuit of Jadon Sancho, Martial may have to settle for a bench role on a regular basis.

Per the Sunday Express (citing Duncan Castles of the Transfer Window Podcast), Solskjaer’s doubts over Martial’s long-term viability have already been vented.

Solskjaer is said to be “tired” of the Frenchman’s attitude, but his dismay does not stop there.

“Anthony Martial is to be sacrificed should they get this new forward in,” said Castles.

“Solskjaer is tired of his attitude and hasn’t been impressed with his goal production and general knitting into the team this season.”

Castles goes on to claim a shock loan exit to Real Madrid has been offered. Such a deal would carry a loan fee and an option to buy in 12 months’ time. 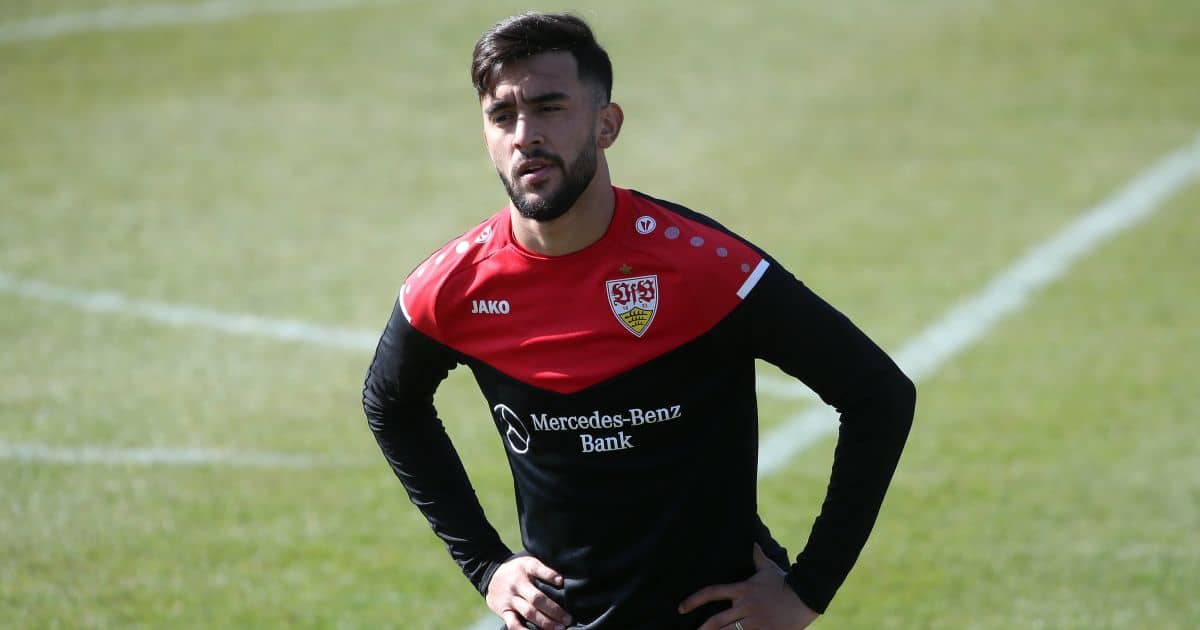 Tottenham are preparing to test Stuttgart’s resolve with an offer for Argentine striker Nicolas Gonzalez, though face competition from Brighton and Fiorentina. (Sunday Express)

David de Gea is reportedly “in the dark” over his Man Utd future. As such, crunch talks are planned with Solskjaer over his position. (Sunday Mirror)

Manchester City’s interest in signing Sporting Lisbon defender Nuno Mendes has been shelved until after the Euros. (Mail on Sunday)

Man Utd-linked forward Kingsley Coman is seeking a wage packet similar to that of prolific team-mate Robert Lewandowski as he looks to renew his contract with the Bundesliga club. (Marca)

Arsenal are reportedly set to strengthen their interest in Brighton midfielder Yves Bissouma. (Mail on Sunday)

Manchester United will continue talks with Dortmund over the weekend as they attempt to reach a compromise with Jadon Sancho. (Mail on Sunday)

The Red Devils’ talks will revolve around “more success bonuses” after Borussia Dortmund rejected an initial bid last week. The Bundesliga club want a transfer fee of £77.5m and add-ons that could take the overall deal to £86m. (Sunday Times) 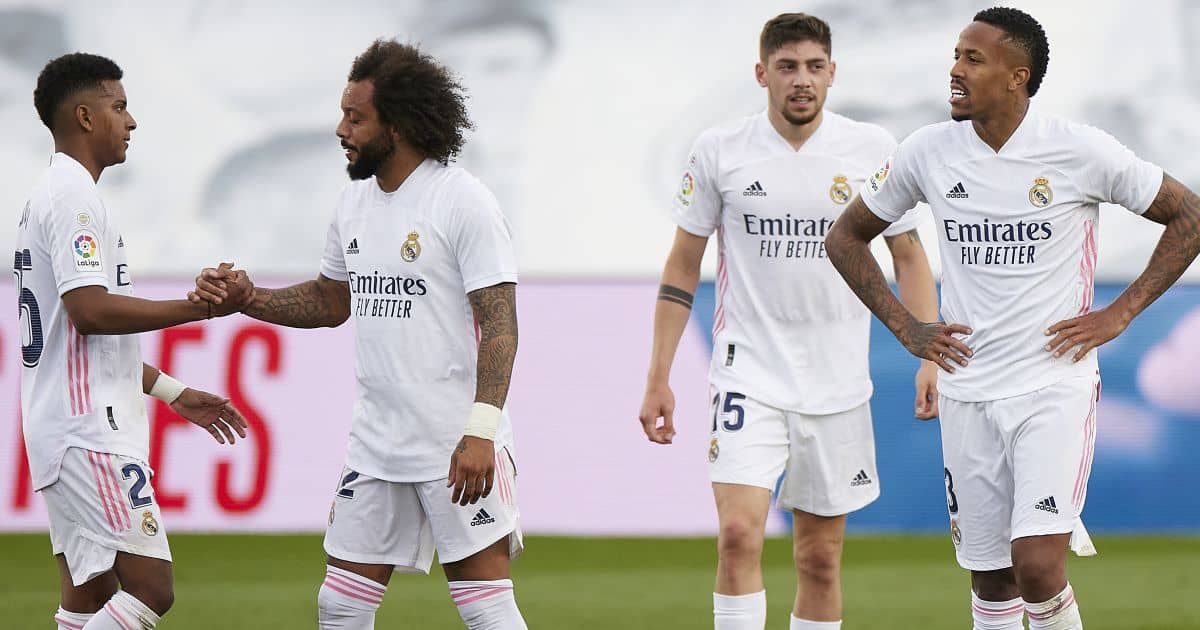 Leeds Utd and Everton are both in the mix for Real Madrid’s Brazilian left-back Marcelo who is not in Carlo Ancelotti’s plans. (Sunday Mirror)

Atletico Madrid have slapped a £30m price tag on Kieran Trippier. That is in the hopes of ending interest from Man Utd who are seeking extra competition for Aaron Wan-Bissaka. (Sunday Mirror)

While Trippier is keen on a return to the Premier League, Atletico boss Diego Simeone has no intention of letting the defender leave the Spanish capital for at least another year. (Daily Star Sunday)

Romeu Lukaku has downplayed a possible return to England with Chelsea after insisting he is happy at Inter Milan. (HLN, via Mail on Sunday)

Bournemouth have made another ambitious move for Arsenal legend Patrick Vieira in their search for a new manager. (Sunday Mirror) 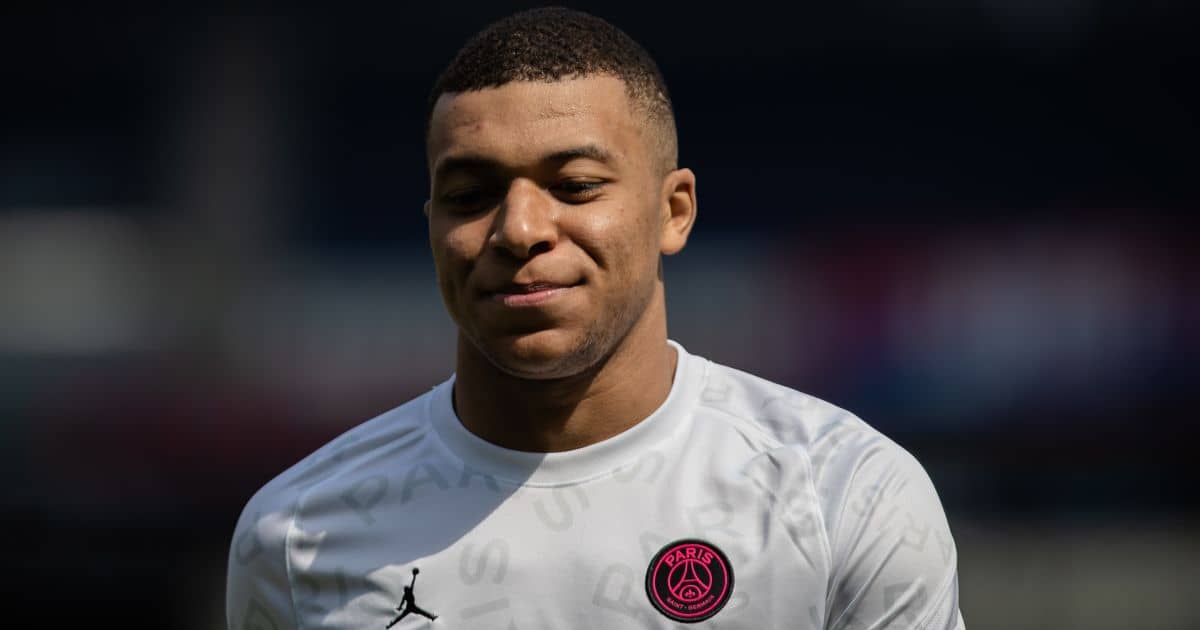 Kylian Mbappe has plunged his future in Paris into doubt after admitting he is unsure if PSG is the best place for him going forward. (France Football, via Mail on Sunday)

Leeds Utd could ambush a Norwich City deal for Southampton stopper Angus Gunn with the Whites looking for a replacement for back-up Kiko Casilla. (Football Insider)

Wolves’ newly appointed head coach Bruno Lage has been told that Portuguese midfielder Ruben Neves, 24, and 25-year-old Spanish forward Adama Traore have been put up for sale in attempt to reinvest in the squad. (90min)

Barcelona have dropped a massive hint that they will sign Netherlands international forward Memphis Depay as a free agent this summer. (Sunday Mirror)

Ex-Man Utd winger Memphis Depay could soon become a Barcelona player. The Spanish giants are optimistic they will have a deal for the free agent wrapped up this week. (Mundo Deportivo)