Gareth Southgate says Raheem Sterling’s goalscoring record convinced him to keep faith with him, a decision which paid off as the attacker scored the winner in England’s 1-0 win over Croatia.

Southgate’s lineup for the Three Lions’ opening group game received plenty of criticism. The inclusion of Sterling, who has struggled for from in recent months, was a factor for that. However, he proved to be the difference as his 57th minute strike saw England start their Euros campaign with a win for the first time.

It was a moment that saw Southgate’s controversial selection call pay off. Despite having several other options, he stuck with the 26-year-old.

And in his post-match press conference, Southgate stated he felt Sterling had earned an opportunity to prove his worth through previous international performances.

“Well look, he’s a good player,” he told the BBC. “His goalscoring record suggests that we should have faith with him, especially in the last few years.

“There are a couple that didn’t get on today, but we’ll need those guys through the tournament. We can make changes and we’ll need to.”

Southgate stressed he was pleased with the performances of all of his players, particularly given the heat. 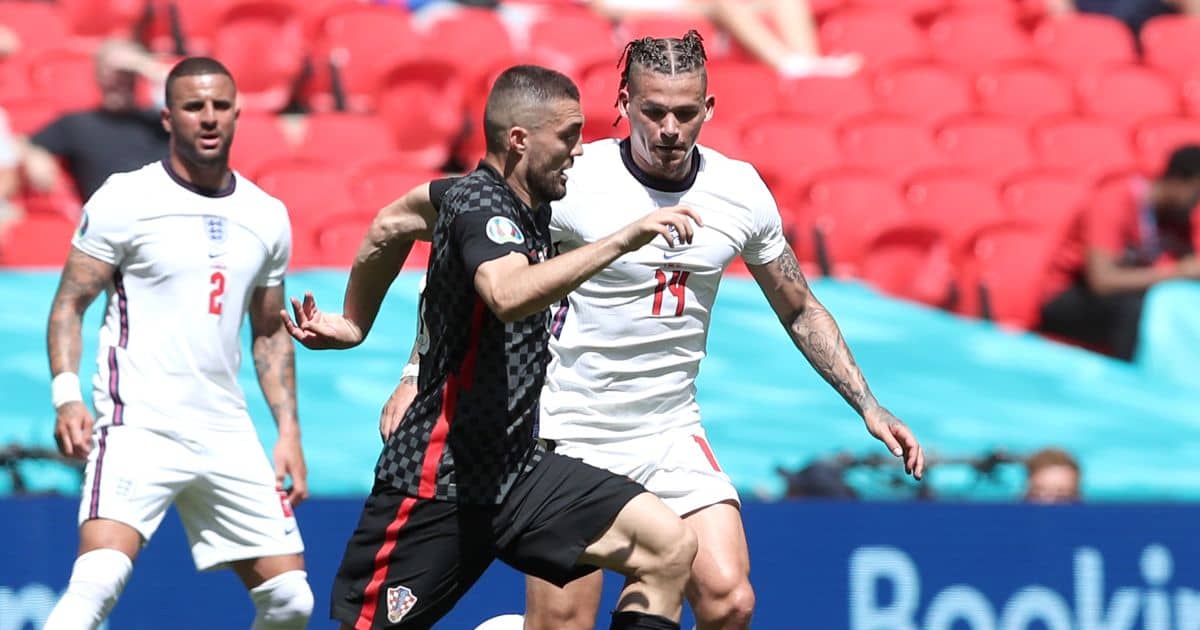 But as well as Sterling, there was one other play he picked out for individual praise- that being Kalvin Phillips.

The Leeds United midfielder was making his first appearance in a major tournament. In fact, it was just his ninth England cap in total.

But he looked at home in midfield and was the pick of many for Man of the Match.

On his display, Southgate said: “Kalvin is a player who is so understated and has had a fantastic start to his international career. I thought he was immense throughout the game. As they all were.”

Phillips also provided the assist for Sterling to score for the first time at a tournament. He had previously failed to do so in the 2014 and 2018 World Cups, as well as the 2016 Euros.

But that unwanted record is now over, and Southgate was relieved he could get that monkey off his back.

“I’m so pleased for Raheem,” he added. “He’s had this ‘hex’ if you like in [major] tournaments, not being able to get a goal. So I felt he was dangerous all day.

“Right from the start there was a throw-in inside and he was running at their defence and looked a threat. I’m really pleased.”

READ MORE: Alan Shearer says there was only one thing that disappointed him in England’s win over Croatia.