Kalvin Phillips has made himself a “must starter” for England after his impressive performance in the 1-0 win over Croatia, says Jermaine Jenas.

Phillips was named in midfield for the Three Lions’ opening group game on Sunday afternoon. And he took full advantage of the opportunity in his first appearance in a major tournament. The Leeds star put in a commanding display and set up the decisive goal as England claimed a 1-0 win.

It was the first time they have won their opening match at a Euros competition, immediately getting them off to a food start.

And after Phillips played a crucial role in that acheivement, Jenas says Southgate must keep him in his starting eleven.

During his commentary for BBC (via Leeds Live), he said: “In 60 minutes, Kalvin Phillips has gone from a ‘maybe starter’ to a ‘must starter’,”

“He’s been our best player, quite easily. He’s been brilliant.”

The group D fixture was only Phillips’ ninth England cap. He debuted in September 2020 but has since become a regular under Southgate, featuring in eight of 12 games since.

And it’s fair to speculate he would have featured more had injury not ruled him out of the November internationals. 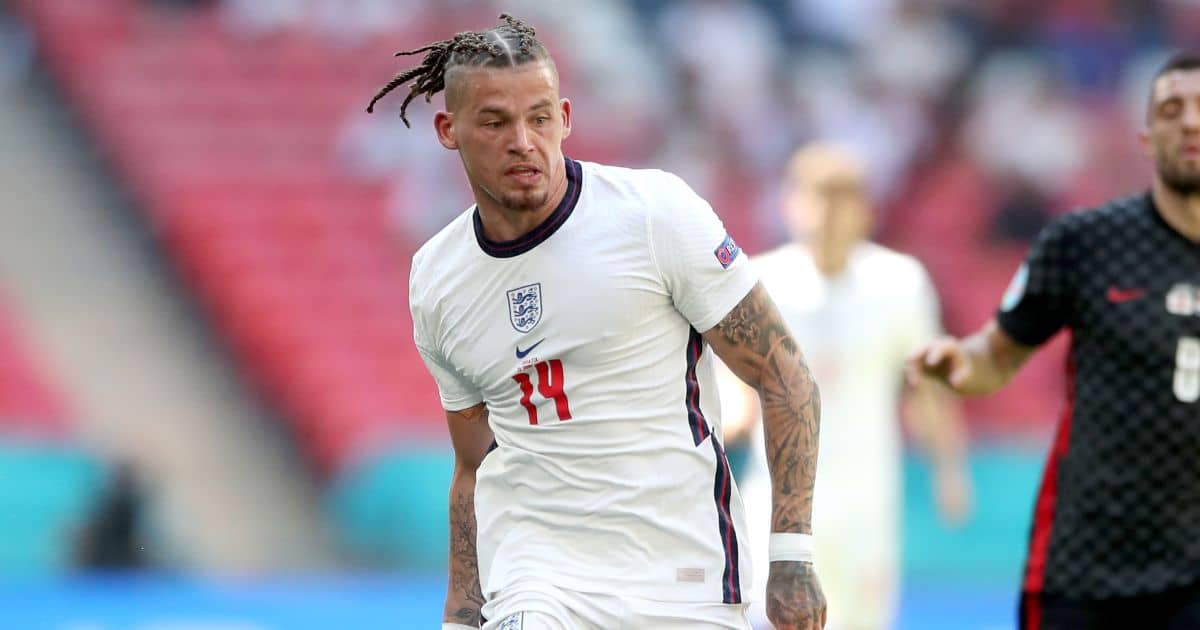 Former Derby and Chelsea boss Frank Lampard was on of them, saying: “I think it’s a great story anyway for a lad that was playing in the Championship not that long ago. Now, he’s playing with confidence here in the England team and speaking so well after the game.

“For a player that we see week in, week out for his club team generally playing in a deep area- and his game has really improved and he controls the game from a deep area- Gareth has asked a question of him today.

“‘Can you play higher? Give us that energy? Can you give us that bit of brain that he brought into the team?’

“I thought he did it brilliantly well. I’ve got to say the balance of the midfield was spot on today.”

Alan Shearer added to those comments, declaring: “I thought he was Man of the Match for England today. He was superb from start to finish, he had an energy, a maturity, everything you want from a midfielder.

“He was up, he was down, the pass for the goal was superb, [he was] protecting that back four at times. Fantastic.”

Phillips, 25, will be hoping to keep his place when England take on Scotland at Wembley on Friday.