The Oranje were making their first major tournament appearance since 2014, having failed to qualify for the previous European Championships and the 2018 World Cup.

As such, they returned to the big stage looking like they were desperate to make up for lost time.

But having gone 2-0 up with less than an hour to go through Georginio Wijnaldum and Wout Weghorst they fell apart, conceding twice in four minutes to Andriy Yarmolenko and Roman Yaremchuk.

However, they were rescued by PSV defender Denzel Dumfries who headed home his first international goal at the far post with five minutes remaining, having earlier wasted a great chance with the game goalless.

Frank De Boer’s side registered seven shots in the opening 15 minutes alone with two of their most experienced players, Mephis Depay and Wijnaldum, running the show.

But a combination of ineffective finishing and goalkeeper Georgiy Buschan meant they were frustrated for 52 minutes before the previously impeccable goalkeeper pushed Dumfries’ cross straight out to the former Liverpool midfielder and he calmly passed the ball into the net for his 23rd goal in 76 appearances.

Coincidentally, the new Paris Saint-Germain signing was the last player to score for Holland at a major tournament, 2,528 days ago at the 2014 World Cup.

At that point there was the potential for the hosts to implode completely but the 25-year-old Dumfries picked the perfect time to open his Oranje account and make it a memorable return after a seven-year absence.

Netherlands had firepower to cruise to win 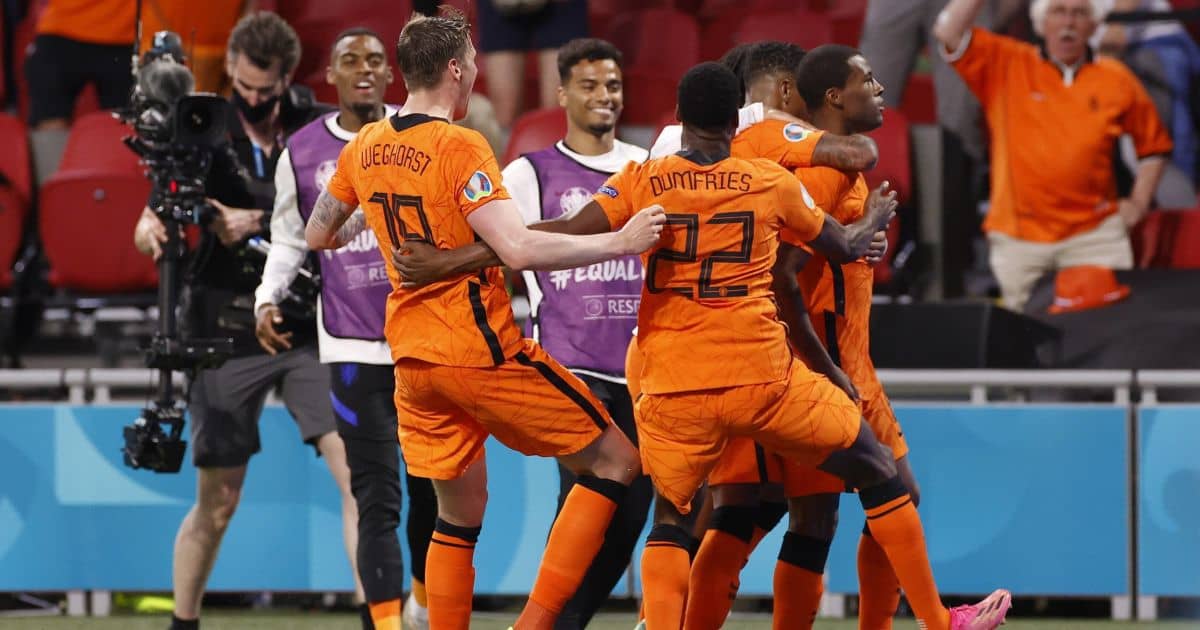 Such was their dominance De Boer’s side should have cruised to victory.

Lyon’s former Manchester United forward Depay set the tone with a one-man counter-attack from 15 yards inside his own half with barely two minutes on the clock, forcing the first of a number of saves from Buschan.

With both wing-backs in the 3-5-2 formation pushing on it was no surprise to see the right-sided Dumfries regularly appearing in the final third but there was no excuse for him missing a free header from Depay’s cross five minutes before the interval.

It was, merely, a prelude to what turned into an exciting finish in which Ukraine’s goalkeeper had played his part, making the save of the match as, wrong-footed, he stuck out a left hand to keep out Wijnaldum’s deflected first-half volley.