A former teammate of a Liverpool flop has detailed the lengthy list of special requirements the Reds star needs to start proving the doubters wrong in England.

Since Jurgen Klopp’s arrival at Anfield, Liverpool have been lauded for their success rate in the transfer market. Other clubs have seen patchy returns when forking out huge sums, whereas the Reds have hit the jackpot on almost every attempt. Of the club’s six signings bought for over £40m, five have been an unqualified success. The odd man out is Naby Keita.

The Guinea international arrived from RB Leipzig in 2018 for £52.75m. Liverpool beat off stiff competition for the all-action midfielder, ultimately paying a premium to secure his services one year before he would link up at Anfield.

His failure to deliver in England is surprising to many, though not, it seems, to former teammate Willi Orban.

The Leipzig centre-half knows Keita well from their time together in the Bundesliga. As such, Orban has revealed the “sensitive” midfielder requires a lot of extra effort to bring out his best. 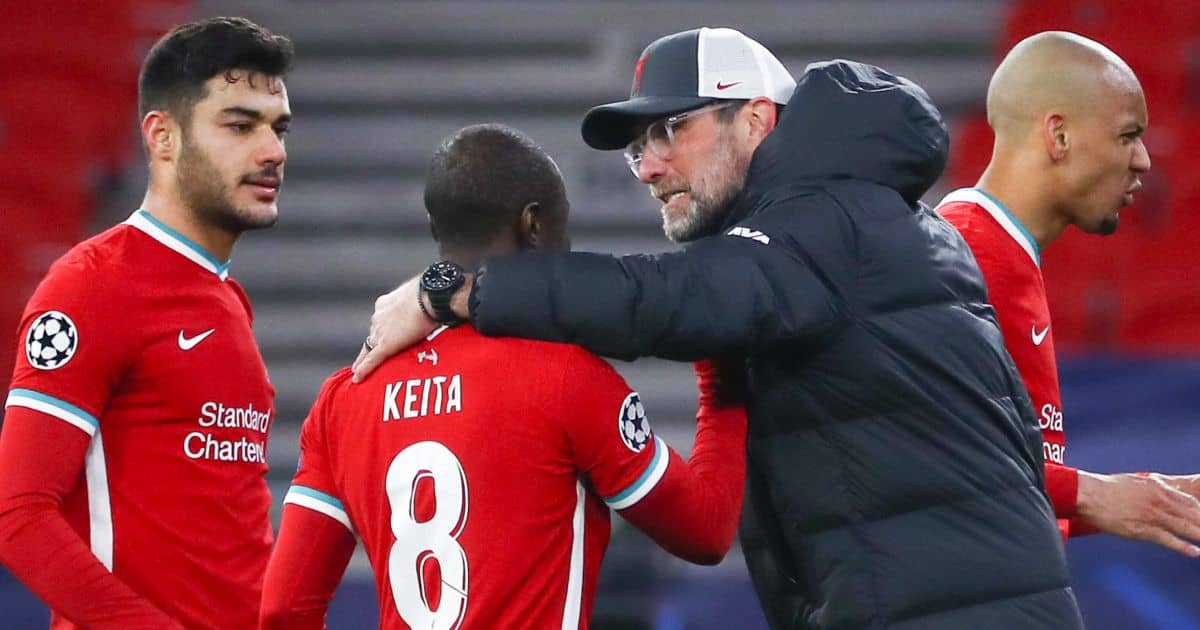 Orban told Goal and SPOX: “Naby is a very sensitive guy who has to feel completely comfortable in his environment in order to perform well.

“You have to take special care of him, talk to him a lot. He needed breaks from time to time, when he was with us.”

“The Premier League is certainly even more demanding in this regard.”

After three underwhelming years, rumours of a summer exit began to swirl last month. A strained relationship with Jurgen Klopp was cited as one factor behind his apparent desire to quit Anfield.

Nevertheless, Orban reaffirmed his belief that Keita is in fact a world class superstar when asked to name the most gifted player he has played with.

“Keita with his extraordinary ball control, his dynamism and his finishing,” added Orban. “He was just complete.”

Meanwhile, Liverpool have been told why the perfect candidate to replace Georginio Wijnaldum will be an incredibly difficult move to pull off this summer.

Leicester City’s FA Cup hero Youri Tielemans has been tipped as the ideal candidate to fill the void. However, ex-Aston Villa forward Gabriel Agbonlahor has insisted acquiring the Belgian is little more than a pipe dream.

“He’s a great player and Liverpool definitely need to replace Wijnaldum. I thought they needed another midfielder even if Wijnaldum had stayed. It’s definitely something Liverpool need to get over the line.”

Thankfully for the Reds, a new target to replace Wijnaldum appears increasingly likely to move on this summer.