Kieran Trippier is more interested in getting a pay rise from Atletico Madrid than moving to Manchester United, according to reports in Spain.

Trippier has emerged as a key target for Man Utd for this summer’s transfer window. They want to bring in more competition for Aaron Wan-Bissaka at right-back. Trippier is seen as someone with greater attacking threat, so they could try to lure him back to England.

A member of Gareth Southgate’s squad for Euro 2020, he left English club football in 2019, when Tottenham Hotspur sold him to Atletico.

Trippier helped Atleti to the La Liga title in 2020-21 and seems relatively content in the Spanish capital. But there have been rumours that he is now hoping for a return to the Premier League with United.

However, those claims have now been disputed by Spanish source Marca, which claims the United rumours are a “tactic” for Trippier to earn more in Madrid.

There are two years remaining on Trippier’s contract with Atletico, so he could be seeking an extension on better terms. But that does not rule out a move to Manchester just yet.

Atletico have felt the financial effects of the coronavirus pandemic, so may not be able to give him the wage increase he wants. United will be waiting in the wings in that case.

It is claimed they have had an opening bid of €12m rejected. They would need to raise it significantly, as Atletico will only let him go if his €40m release clause is activated.

Hence, United need to almost quadruple their offer, despite reports elsewhere suggesting £30m (just under €35m) might be enough.

In the meantime, Trippier will be focusing on the Euro 2020 campaign with England. He started Sunday’s opening group game against Croatia on the left flank of defence.

That is not the territory United would be looking to use him in, but shows another facet of his style.

But after tasting league success with Atletico, perhaps his preference at present is to remain in Spain. 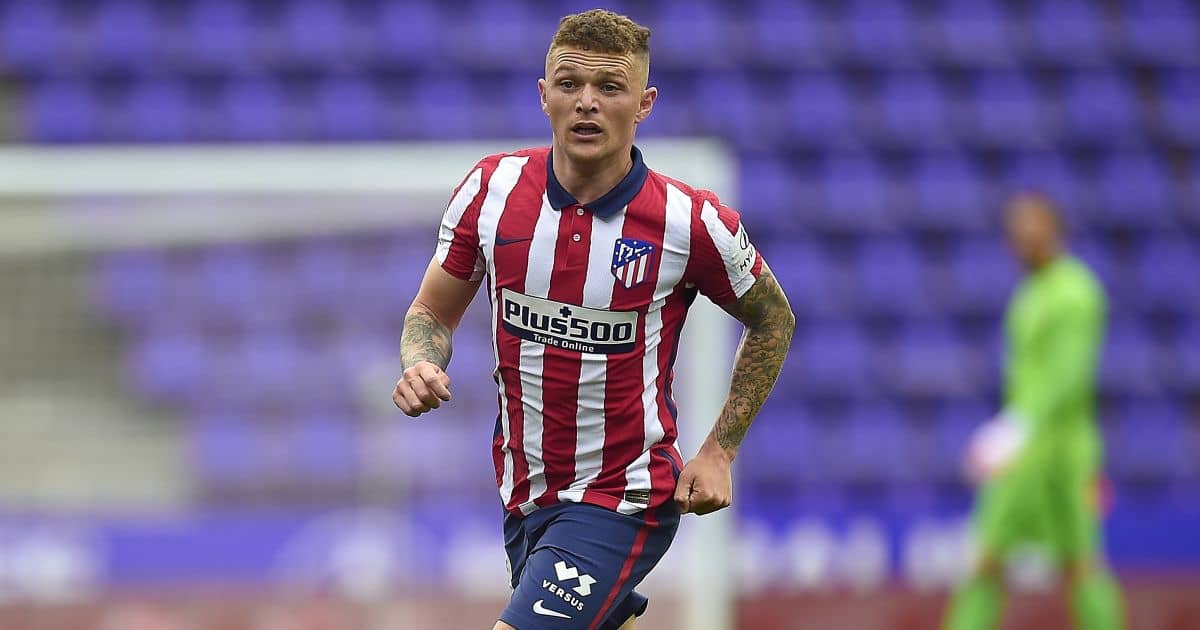 Someone who doesn’t think United should be signing Trippier is their former defender Rio Ferdinand.

He told the Metro: “I don’t think they’d buy someone to come in and play [every week], I think whoever’s coming in there is going to be playing backup.

“He [Trippier] wouldn’t be my choice if I’m honest, but I see the qualities he has.

“But Trippier definitely wouldn’t be my choice in terms of the profile of player that I’d be bringing in to play as a No.2 right-back.”