A top Manchester United centre-back target looks set to deliver a hammer blow to Ole Gunnar Solskjaer’s hopes of signing him, as he favours a switch to another European giant.

Solskjaer has made the addition of a world-class centre-back his top priority this summer. The Red Devils boss has grown tired of the lapses in concentration from the likes of Victor Lindelof and Eric Bailly alongside Harry Maguire, while the England man has also had his issues this season.

Experienced Real Madrid star Raphael Varane has long been linked with a switch to Old Trafford. However, the latest report from El Confidencial states that while the player is still expected to quit the Bernabeu, a move to United is not his first choice.

The report claims that the 28-year-old will reject a new deal, with his current one running out in 2022. To that end, Real do not want to lose the player for nothing next summer and will sell.

But it would appear that United will miss out, with Varane preferring a return to France with PSG. The price tag being mooted for the deal is €60m (£51.5m) for a player also linked with Chelsea.

Despite Varane’s preference, the report does add that the Red Devils remain in the running. However, they will have to push the boat out to get their man by offering a higher fee and salary.

PSG also have a solid pairing at the heart of their defence in Marquinhos and Presnel Kimpembe. That may prompt Mauricio Pochettino to strengthen other areas of his team instead and give United hope of securing Varane.

Meanwhile, Presnel Kimpembe says he has not discussed a transfer to PSG with Paul Pogba, but admits he would “welcome” his international team-mate to the Parc des Princes.

Pogba himself quashed talk of a move to Paris earlier this month. The 28-year-old midfielder said he was solely focused on the Euros with France.

“My only thought, now, is the Euros. I’m focused. 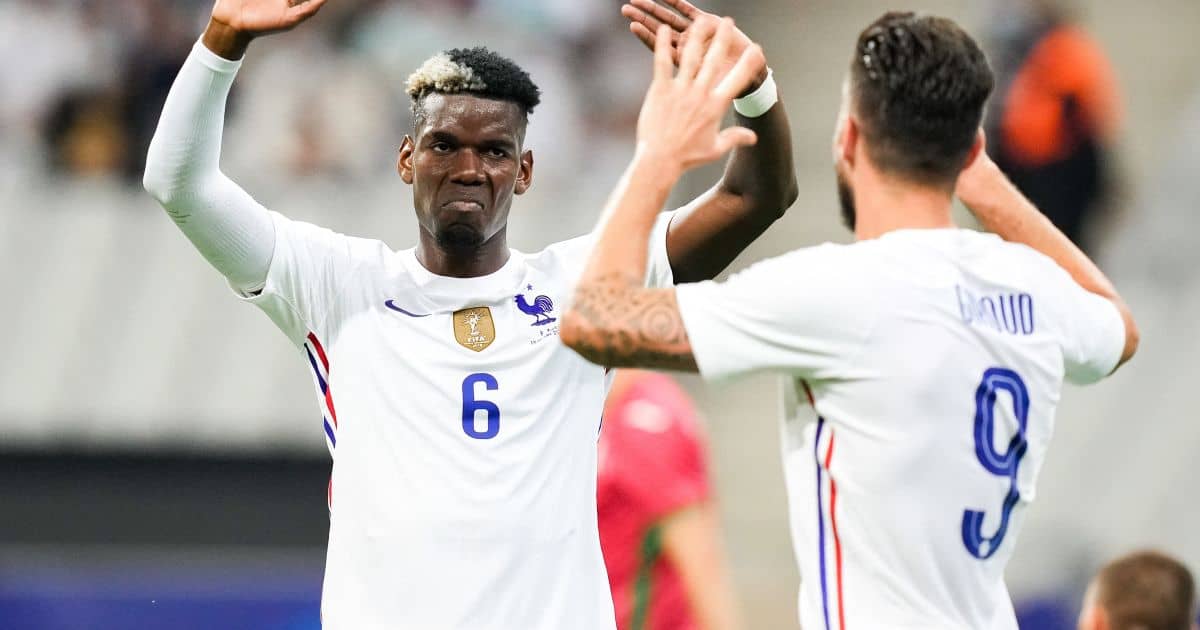 “I’ve got more experience than before. I’m focused on the present, the Euros.”

The fact remains though that Pogba is entering the final 12 months of his contract next month. That will mean the former Juventus man could speak to interested foreign clubs in January over a pre-contract, free move next summer.

Talk of a move to PSG has emerged with Pogba confirming that United have not approached him about a renewal.

“I have one year left on my contract, everyone knows that,” he added

“There have been no concrete proposals for extensions. I’m still in Manchester.”

Rio Ferdinand last week admitted that international team-mates do talk over transfers while at major tournaments.

Ferdinand insisted the Man Utd players will be trying to tap up Harry Kane at Euro 2020. However, PSG defender Kimpembe says he has not done the same with Pogba.

Asked if a switch to Paris has been discussed, Kimpembe said: “I didn’t discuss it with him.

“He’s a big boy, he doesn’t need anyone to make up his mind. Any club would be happy to welcome him.

“It only depends on him, his agent and his future club.”

Pogba will be a key part of Didier Deschamps’ France plans as the World Cup holders look to repeat their Euro success of 2000.

And Kimpembe paid tribute to France’s talisman: “We know his talent as a natural leader. When we have to speak, he is not going to say govern, he does so naturally.

“He always speaks at the right times.”