Aston Villa have attempted to prise a critical cog in the future of Arsenal away with a £25m bid, though the Gunners have reportedly remained steadfast.

Aston Villa have already put one over the North London outfit this summer. The two clubs were entrenched in the race for former Norwich playmaker Emi Buendia. Ultimately, the Argentine opted to sign for Dean Smith’s side in what can only be deemed an upset for the Villans.

Now, per the Athletic, Villa have attempted to go one further by launching a bid for one of Arsenal’s most exciting talents.

They report that Villa have made a £25m bid for England Under-21 international Emile Smith Rowe.

The playmaker burst onto the scene last year and provided a spark in an otherwise dismal campaign at the Emirates.

He and fellow academy graduate Bukayo Saka have given the Gunners faithful hope for the future. Many believe the homegrown pair can form the backbone of their attack for the next decade.

Retaining Smith Rowe’s services is a priority at Arsenal, and as such, Villa’s bid has been rejected.

Arsenal are understood to be in the midst of contract negotiations with the 20-year-old to secure his long-term future with the club. His current contract expires in 2023. But with the Villa bid acknowledged, the Athletic note they are ‘keen’ to reach an agreement ‘as swiftly as possible.’

Smith Rowe shone towards the back end of the year. His displays provided Arsenal with a glimpse of how high he could soon soar.

His most impactful performances resulted in a man of the match award versus Tottenham and scoring the matchwinner at Chelsea. 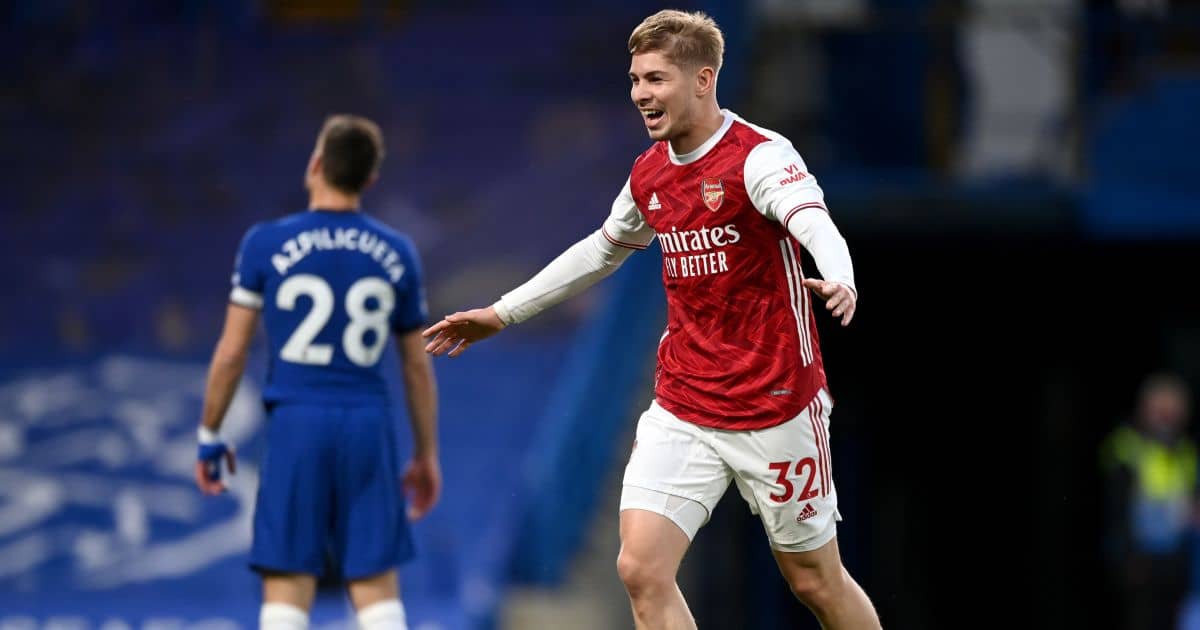 A May report indicated he may have to settle for a bench role should Arteta land his No. 1 target Martin Odegaard.

However, with Carlo Ancelotti now at the helm of Real Madrid, the Norwegian attacker could be in line for a second chance to impress in Spain.

Meanwhile, Arsenal have reportedly identified Leicester City playmaker James Maddison as the man to replace Odegaard. However, they would have to spend big to sign him.

With Madrid now looking likely to reintegrate the Norwegian, Arsenal will have to look elsewhere for attacking depth.

One name on their radar, according to the Daily Mail, is Maddison.

The Mail claim that Arsenal are considering a move for Maddison to replenish the creativity in their ranks. However, he will not come cheap.