Arsenal are ready to offer Brighton their pick of four unwanted players in exchange for in-demand Brighton defender Ben White, according to a report.

Arsenal are in desperate need of major surgery to once again thrust themselves back into the top four mix. Several areas of the Gunners’ squad have been speculated to experience change this summer. A recent TEAMtalk feature detailed five players Mikel Arteta could realistically sign to overhaul his squad.

One position that Arsenal would like to upgrade is centre-back, and there is no one in the Premier League currently more in demand than White.

The centre-half took forward his superb season on loan with Leeds in the Championship to become one of the best in the Premier League. So good was his form, that he was a last-gasp inclusion in England’s European Championships squad.

His composure and class on the ball have led many to believe he would be an ideal fit for a team further up the table than the Seagulls.

Liverpool and Man Utd have duly taken note. Indeed, a report last week revealed the Red Devils were prepared to perform a U-turn after being ‘wowed’ by what they saw.

Arsenal’s interest has also been registered, though a hefty £50m price tag could see them struggle to compete.

Indeed, a report on Tuesday claimed the Gunners had stolen a march on their rivals having held positive transfer talks.

And while the fee would be difficult for Arsenal to match, the Daily Express suggests they are ready to get creative to land their man.

To that end, they claim Calum Chambers, Ainsley Maitland-Niles, Joe Willock and Eddie Nketiah could all be used as makeweights.

The quartet are no strangers to time away from Emirates Stadium. Indeed, Willock is one such star who caught the eye during his time at Newcastle.

Steve Bruce is desperate to sign the attacking midfielder permanently after scoring eight times in 14 games.

However, those plans could end were the Seagulls to express an interest in taking him as part of the deal for White.

His teammate Maitland-Niles also faces an uncertain future. After initially impressing Arteta, he departed for West Brom on loan. He was, however, unable to halt their slide into the Championship.

Nketiah, meanwhile, is another who appears to have lost his way. He spent the first half of the 2019/20 season with Leeds, after which he was granted a chance by Arteta.

But he too appears to have fallen down the order. He’s already been mentioned as a possible transfer target for the Seagulls. 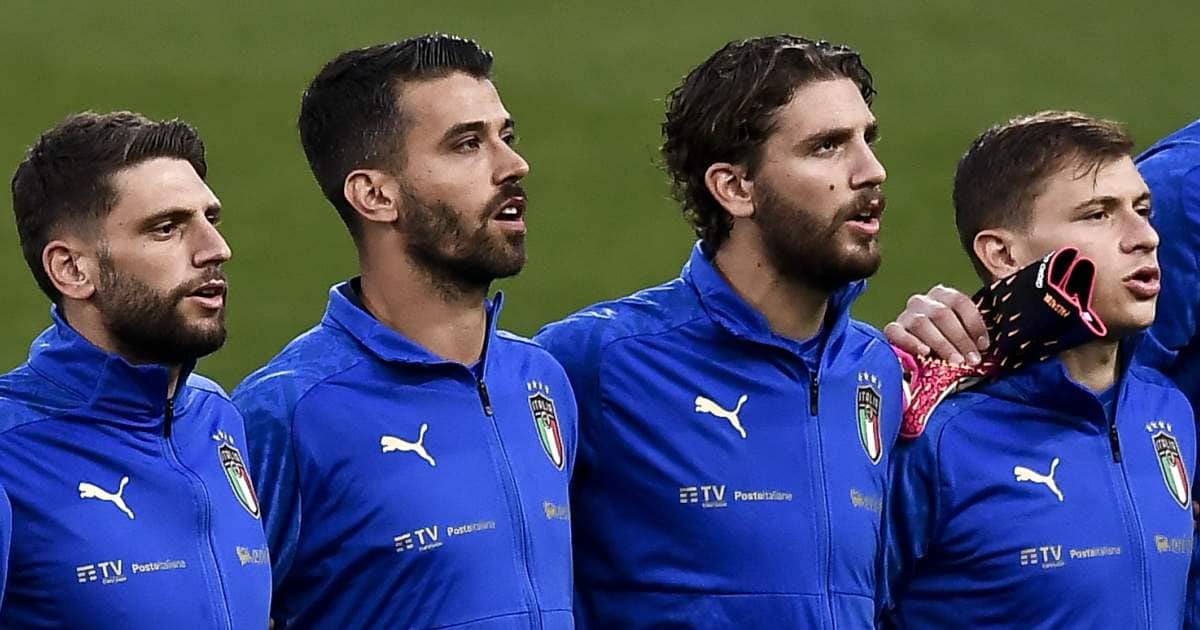 Meanwhile, Arsenal’s hopes of signing Sassuolo midfielder Manuel Locatelli could go either way, with Juventus also in the race, a report claims.

Reports claim that Arsenal have registered interest in Italy international Locatelli, who played 73 minutes of his country’s opening Euro 2020 win over Turkey on Friday.

According to Gianluca di Marzio, though, Juventus are a contender in the transfer race. The Serie A giants believe he would be a welcome addition to their ranks next season.

Incoming and returning Juve boss Massimilano Allegri has actually held initial talks over the transfer. Tolisso is in fact a former target of Allegri’s, the Italian keen back in 2017.

Arsenal‘s transfer hopes could therefore go either way, depending on how Juve approach the situation. Manchester City have also had links with Locatelli.