England playmaker Jack Grealish is desperate to play against Scotland and prove to Europe how good he is.

After years of speculation following his switch of allegiance from the Republic of Ireland, injury withdrawals led the 25-year-old to finally get his maiden call-up and win the first of seven senior caps.

Grealish made the Euros squad after a shin injury disrupted the end of his season and was named the man of the match in the final warm-up friendly against Romania.

‘Super Jack’ echoed around Wembley as the attacking midfielder began to warm up just before Raheem Sterling scored to secure a 1-0 win against Croatia in Sunday’s Euro 2020 opener.

Grealish remained an unused substitute in the Group D opener but the Aston Villa captain hopes to make his major tournament bow against Scotland on Friday.

“I’m so desperate just to get on the pitch and prove to people just how good I am,” he told talkSPORT.

“These are the type of games that I thrive off.

“Not even just in this tournament, I’ve made a name for myself (in other big games) during my career. I’m desperate to be involved.

“But the main thing is the team get the three points and carry on our good start.”

Grealish trained away from the main group at St George’s Park on Tuesday.

Meanwhile, Southgate admitted Harry Maguire was further ahead with his fitness than the England medical team had envisaged.

Maguire returned to full training this week after missing the 1-0 win over Croatia in Group D. 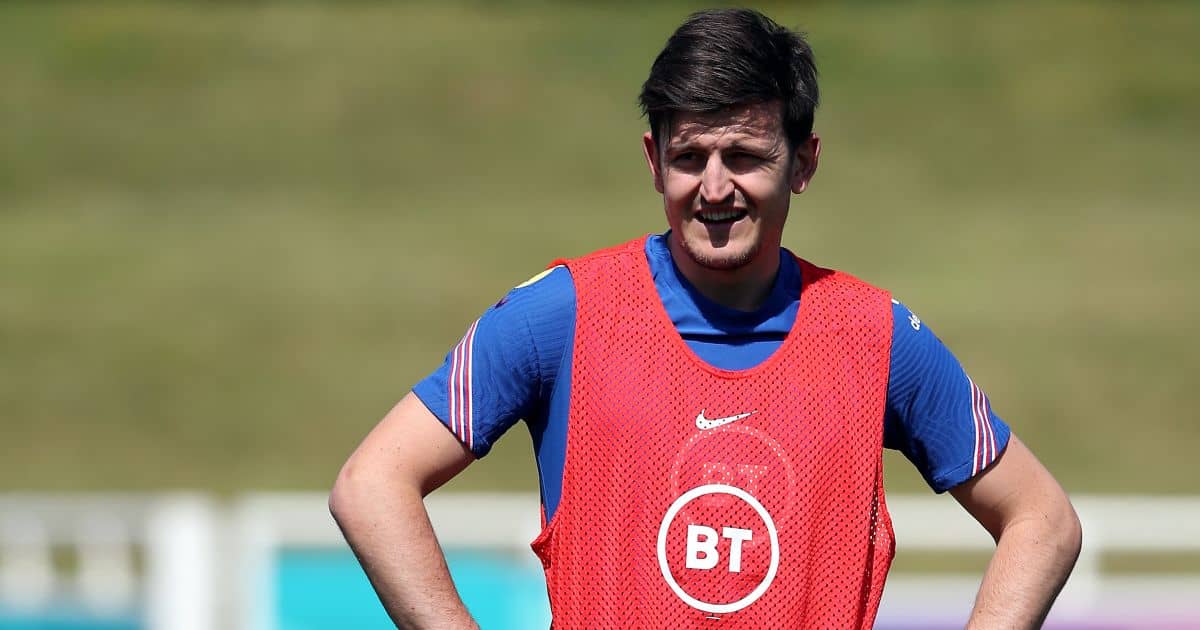 The England boss, appearing on ITV, was asked whether he would switch around his defence against Scotland on Friday.

Gary Neville asked: “Tyrone Mings was fantastic against Croatia, but Harry Maguire has been an ever-present in qualification, does that mean he will come straight back in on Friday night against Scotland?

“He’s had a few days training with the team and we are really pleased with the progress. We’ve got to make that decision in the next couple of days.

“He’s certainly further ahead than we might have dared to hope when it got to the end of the season. Everything we have done up to this point, there has been no reaction, so we are really pleased with his progress.”

Neville then probed Southgate about his full-backs.

“Would it be a case that you’re playing Scotland and you might want to go with one of your more attacking left-backs?”

“First and foremost a full-backs job is to defend. You then want your full backs to be good with the ball. Kieran [Tripper] is good with the ball, and Ben Chilwell is left-footed which would bring a balance to the team.

“They’ve got to do all parts of the game well, and I’m confident every full-back that we have got can do every aspect of the game,” added Southgate.