Leeds United have decided to scrap plans to build a new training facility close to Elland Road and will instead focus on increasing their stadium’s capacity.

The Whites’ intention to move from their Thorp Arch training centre to a location just off the M621 had received support from Leeds City Council. The new base would have cost around £25million. It had also been agreed that they could increase Elland Road’s capacity from 39,000 to 50,000.

Plans to expand Elland Road were first revealed back in 2019 by Managing Director Angus Kinnear. That was as part of the club’s centenary celebrations.

However, the club have now revised their ideas and will look to increase the size of their home ground to 55,000 instead.

To complete that upgrade, work would have to be completed on the Fullerton Park site next to the stadium. Therefore, plans to build a community sports hub there have been altered too.

The hub, known as the Parklife project, will now be erected on the Matthew Murray site. That is where the proposed training ground would have been.

The decision to increase the capacity by an extra 5,000 seats came on the back of Leeds’ return to the top flight and new income streams. 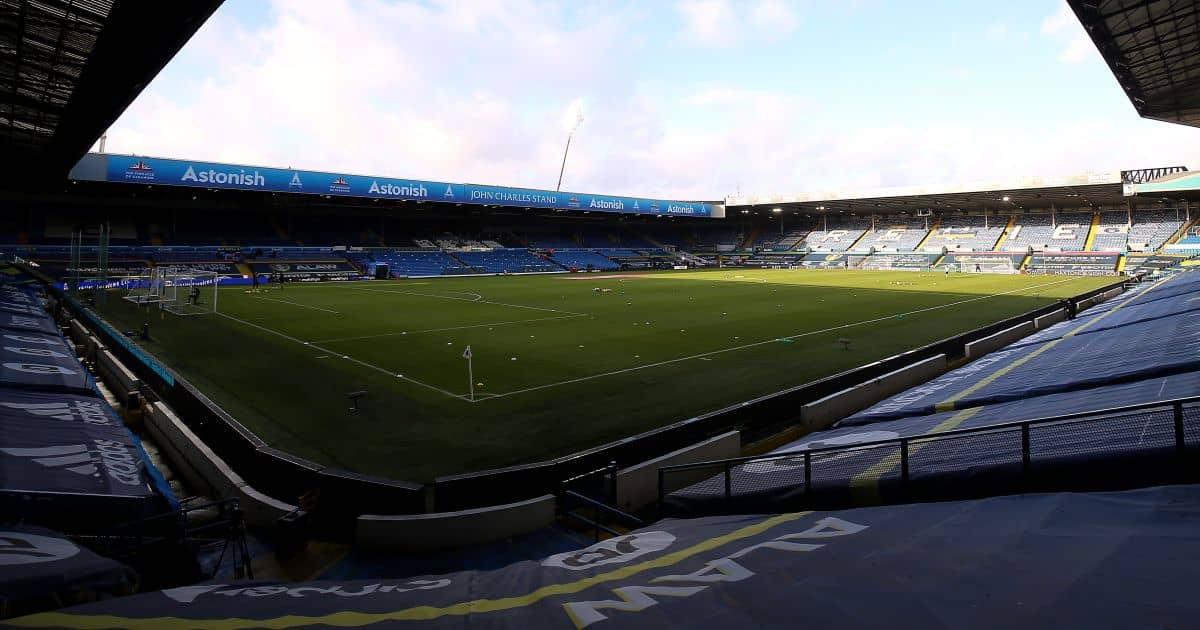 That’s according to Leeds City Council’s director of city development, who said (via PA): “Following the promotion of LUFC to the Premier League and the club securing investment from the San Francisco 49ers’, the club have reviewed their stadium development ambitions and want to preserve their ability to deliver an expanded 55,000-seater stadium at Elland Road. As opposed to a 50,000 seat capacity previously agreed.”

LCC’s leader councillor James Lewis also believes that new location for the community hub will be a success.

“We are confident that the Matthew Murray site will be an ideal location for Parklife,” he said.

“A view which is shared by local stakeholders, the Football Foundation, Leeds United and our partners at the NHS.”

READ MORE: Leeds United have been given the green light to break their club-record transfer fee in order to land a Wolves star.