Aston Villa have brought Ashley Young back to the club one decade after he left for Manchester United, with the wide man signing a one-year contract.

Young previously played for Villa between 2007 and 2011, making 190 appearances and scoring 38 goals. He then enjoyed eight-and-a-half seasons with Man Utd, where he eventually became club captain. After 18 months in Italy with Inter Milan, he is now coming back to the Premier League with Villa.

The 35-year-old, who will turn 36 before the season begins, moves as a free agent. He has signed a one-year contract.

Villa have beaten competition from the likes of Burnley and Watford to bring the 39-cap England international back to his home country. His experience will be a major benefit to a side who showed good progress under Dean Smith last season.

Young arrives at Villa Park after winning the Serie A title with Inter in 2020-21. He made 34 appearances in all competitions for the Italian champions last season.

He now occupies a different role to the one he used to roam for Villa. Previously a winger, he has completed a successful transition into becoming a wing-back or even a full-back over recent years.

Still versatile, he will be hoping to contribute a lot upon his return to familiar surroundings.

“It feels amazing to be back; it feels like I’ve not left,” he told VillaTV.

“I’m just delighted to be back; seeing some old faces, being back at the training ground, seeing the facilities and how well they’ve grown.

“You can see how much the club has evolved since my time and I’m just ready to get down to work now.” 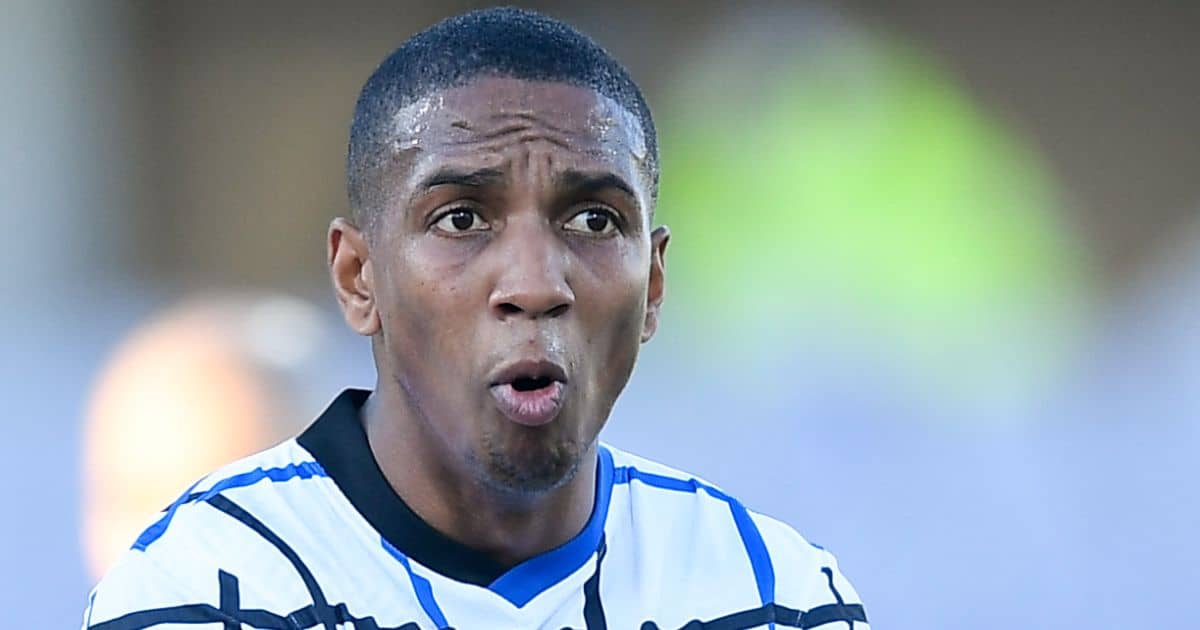 Explaining his decision to choose Villa, he added: “When I heard of the interest from Aston Villa, it was straight to my agent: ‘get a deal done, whatever you can, get a deal done’.

“Watching from afar, seeing the squad, how well they did last season, how well they’ve been doing. The staff, the manager, how the players want to play for him; they’ve got that hunger, he’s got that desire, that winning mentality.

“And, for me, I know I’ve got that winning mentality.

“I think someone said (about me), ‘he’s coming to the end of his career’, ‘he hasn’t got that hunger any more’, ‘he’s just going there for a swansong’.

“That’s not me at all, I’ve still got that winning mentality, that winners’ attitude, that desire and hunger to go and win.

“When I see the squad here, the staff and the players, to have the opportunity to join this club again is fantastic for me and I just want to get down to work and bring my qualities, my experience to a young squad.

“I don’t know whether I’m going to be a father figure. For me to come here, not to just be around the squad, I want to come here and play.

“Competition for places, I’ve had it at every club I’ve played at. So I’m just delighted to be back here, challenging, challenging the players who were here last season and bringing my qualities and experience to this squad.”

Dean Smith was just beginning his own coaching career with Walsall when Young left Villa at the end of his first spell. Now, he will get the chance to manage him.

The head coach is hoping to benefit from Young’s experience and versatility.

Smith explained: “Ashley brings with him a wealth of experience of top-level football both at club and international level and he is joining having just won a league championship in Italy.

“He is a player who can play in a number of positions and, having spoken to him at length, I know he is determined to make a real impact with us this season.”

Young becomes Villa’s second signing of the summer after they broke their transfer record to sign Emiliano Buendia. It seems they are in for a busy transfer window and this is another signal of their intent.