New Tottenham sporting director Fabio Paratici is reportedly lining up a raid on his old club Juventus for a powerful centre-back.

The Italian took up his new job last weekend and has already been linked with bringing several top Serie A stars to north London. Domenico Berardi, Manuel Locatelli, Dusan Vlahovic and Nikola Milenkovic are just some of several names mentioned.

But the latest is Juve’s Turkey international star Merih Demiral, who’s started both of his side’s defeats at the Euros this summer. The player has also been linked with Leicester and Everton.

The report from Tuttosport claims that Milenkovic is one of Paratici’s top centre-back targets. However, he’s also keen on luring 23-year-old Demiral away from Turin.

Paratici was in charge of Juve’s transfer business when they signed Demiral from Sassuolo back in 2019. But since then, the stopper has only featured 32 times for the Italian giants.

With Juve also having Matthijs de Ligt and experienced duo Giorgio Chiellini and Leonardo Bonucci, Demiral could be tempted into a summer exit.

The Turkey star is an imposing defender, standing at 6ft 4in, and would certainly give Spurs a more commanding presence.

Demiral is also quicker than Milenkovic, although the latter has the ability to play at right-back, at a push. That versatility is important to Tottenham, especially with right-back also being a position of need.

Milenkovic would probably be a cheaper option, but Paratici’s links to Juve may help push a deal through with less alarms.

Meanwhile, Brighton wing-back Tariq Lamptey is on the radar of Tottenham this summer, despite the club still waiting to appoint a new manager.

Graham Potter took a chance on Lamptey when he signed the attacking wing-back from Chelsea in January 2020. The speedy 20-year-old impressed for the Seagulls and he started this season in terrific form. 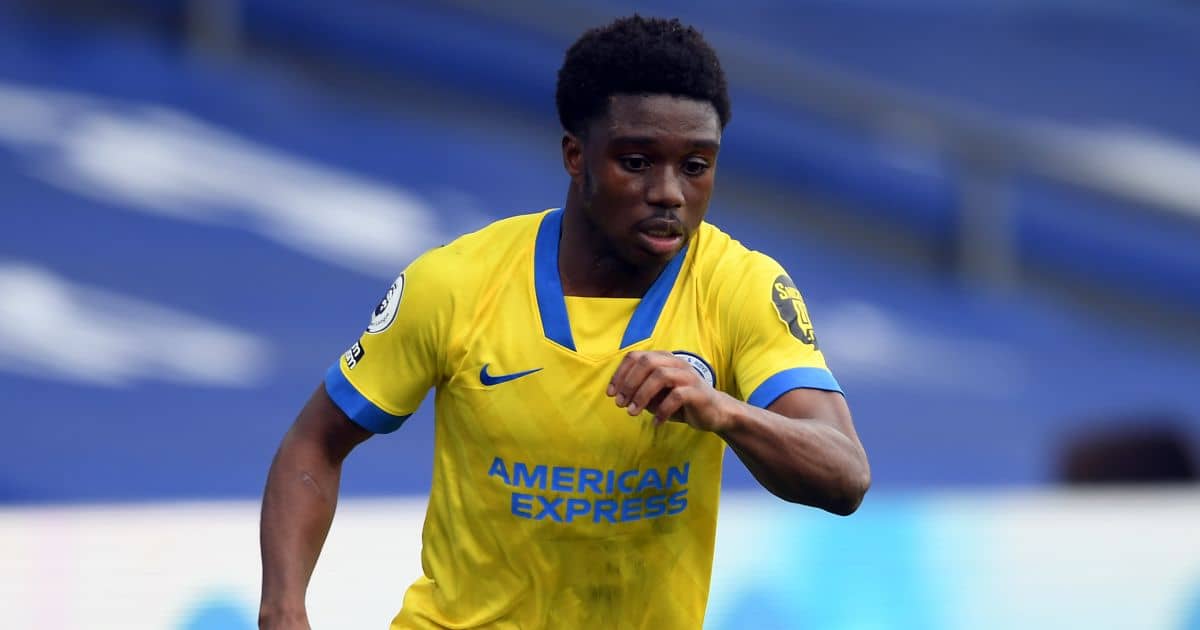 However he picked up a hamstring injury in December which ended his season. He made just 11 Premier League starts but with three assists and one goal he had plenty of scouts tracking his progress.

And now it appears that Spurs technical director Steve Hitchen is “interested” in a deal for Lamptey.

According to Sky Sports Spurs are keen on the England Under-21 star. A deal though will not be easy with Lamptey under contract until 2025.

The London-born defender committed his long-term future to Brighton in January, whilst he was sidelined through injury. That shows just how much Potter thinks of the former Chelsea man.

Spurs are also likely to have to get Fabio Paratici to sign off the deal. Not to mention their new coach, whenever they arrive.

Indeed, Spurs reportedly agreed a deal in principle with the Portuguese last Friday.