Tottenham Hotspur are now in “advanced” talks with Gennaro Gattuso over becoming their new head coach, it is claimed.

Spurs have been without a manager for two months after sacking Jose Mourinho in April. Since then, they saw out the season with Ryan Mason in caretaker charge, before trying to appoint Antonio Conte or Mauricio Pochettino. Both of those attempts were unsuccessful, so they then appeared to be closing in on getting Paulo Fonseca instead.

The former Roma boss had a verbal agreement with the club to replace Mourinho, who has coincidentally taken his own job from last season.

But that managerial swap will not be happening after the deal collapsed. One suggestion of why is that tax differences between Italy and England may have prompted Fonseca to snub Spurs in the end.

Another explanation for their change of plan was that managing director Fabio Paratici was keen to take advantage of Gattuso becoming available instead.

The former AC Milan midfielder left Napoli at the end of last season after missing out on a top-four place. He quickly got a new job at Fiorentina, but their time together lasted only 23 days.

Gattuso disagreed with Fiorentina over a transfer policy, so they split before his contract had even begun.

But he now seems set for an instant return to work with Spurs. According to Fabrizio Romano, Gattuso is in “advanced negotiations” over taking the Tottenham job.

Paratici originally considered Gattuso capable of coaching Juventus, but never got to appoint him there. Now in north London, it seems he could get his man.

Before his spell with Napoli, Gattuso coached Sion, Palermo, OFI Crete, Pisa and AC Milan. He now could take on his first ever Premier League job.

Gattuso’s agent Jorge Mendes is driving the talks. The reason the Fiorentina deal fell through was because they didn’t want to commit to signing some of Mendes’ clients.

But Tottenham have dealt with the agent before. Mendes looks after their ex-boss Mourinho as well as players like Matt Doherty and Carlos Vinicius.

According to Romano, those discussions could lead to 43-year-old Gattuso signing a two-year contract with Tottenham. 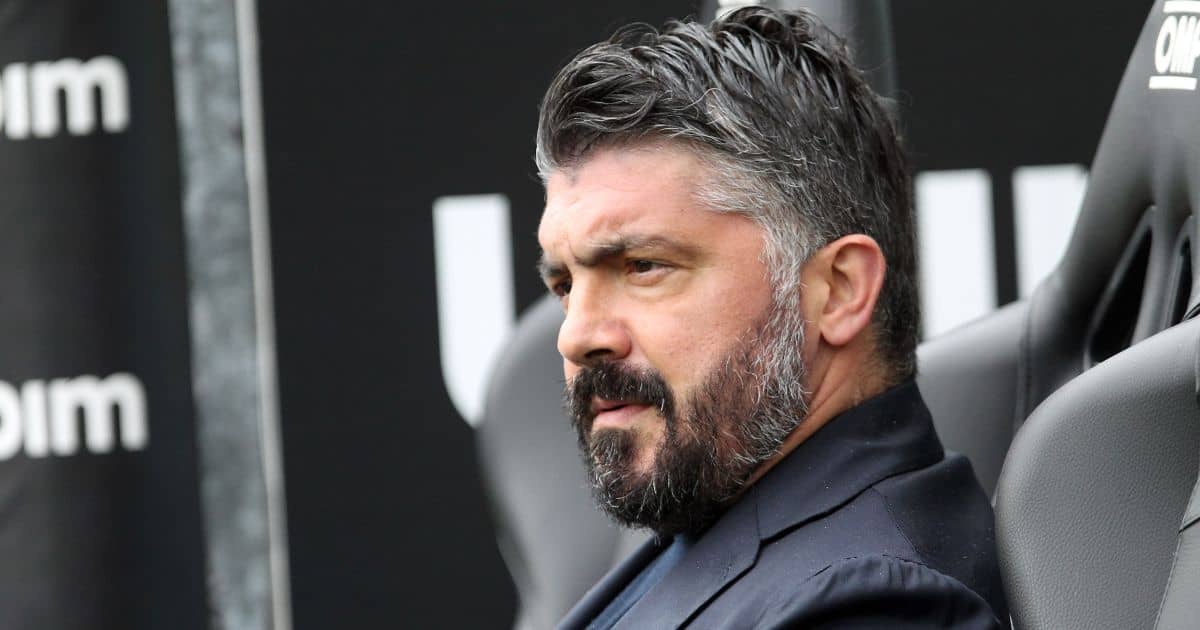 The news comes four weeks after rumours of Tottenham’s interest in the former Italy midfielder emerged.

Ciro Venerato, of Rai Sport, claimed he had already been the subject of an approach from Levy even before his exit from Napoli was confirmed.

“The English club have been dealing with Conte for a month, but now also like Gattuso,” Venerato said at the time. “Tottenham president Daniel Levy has seen many Napoli matches and has watched Gattuso closely.

Paratici’s arrival since then has only heightened their interest in Gattuso, who now looks like the prime candidate to replace Mourinho.

The appointment of Gattuso would certainly be an eye-catching one from a Tottenham perspective. Their fans will remember clearly his run-in with former Spurs coach Joe Jordan during a Champions League match in back in 2011.

Now, 10 years on, he looks set to represent Spurs himself.