Scotland manager Steve Clarke was delighted with the manner of his side’s Euro 2020 goalless draw against England and felt they more than matched the Three Lions.

The sides went into the match with contrasting fortunes after the Scots were beaten 2-0 by Czech Republic in their opener. Gareth Southgate’s men secured a 1-0 triumph over Croatia last time out and are in a strong position to reach the last 16. Scotland can also qualify for the knockout stage but will need to rely on the result of the England-Czech Republic clash.

But they are still alive after a spirited display at Wembley. Clarke was full of praise for his players and felt their performance silenced a few doubters.

“Good night, we played well,” he told ITV. “We were unfairly criticised after the game on Monday I know I have a good group of players and they showed that tonight, delighted for my players and staff.”

The 57-year-old felt there was little if anything to choose between the teams. And he revealed what it was about his charges’ display that they will take into the next game.

“We had chances to win, England had moments as well, looking at this you wouldn’t have known which is the favourite which is a credit to us,” he added. “The most pleasing thing was we played when we had the ball and created a number of chances.”

Young Chelsea midfielder Billy Gilmour was handed a start in north London. He was not used against the Czechs but put in a solid shift in front of the Tartan Army.

Eyebrows were raised when he was given the nod in such a high-profile game. The 20-year-od has limited experience for the Blues and made just five top-flight appearances last season.

He is also not an imposing figure on the pitch and there was always the risk of being overawed by the situation. But Clarke confessed that he always felt the youngster would take it all in his stride.

“We knew before we put him in he can play, it’s just getting the right moment, tonight was his big moment and he took it and no one was surprised by it, certainly not in our camp,” he continued. 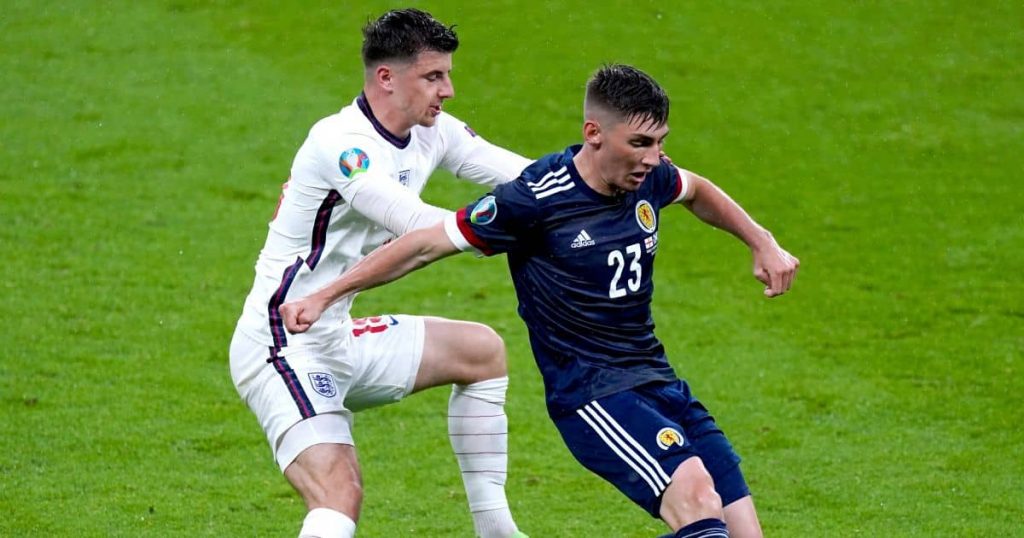 Scotland face Croatia at Hampden Park next Thursday as England square off with Jaroslav Silhavy’s side at the same time.