Hannibal Mejbri has sent a clear message that he is ready to step up to the Manchester United first team after making his senior debut on the final day of last season.

After joining United as a 16-year-old from Monaco in 2019, in a deal that could reach €10m, Mejbri has been developing in the club’s academy ranks. He was their Reserve Player of the Year for the 2020-21 season and earned a professional debut on the final day.

Now 18, the attention is turning to the next step for Mejbri. He is already attracting interest from clubs who could take him on loan – potentially with Champions League football on offer.

Alternatively, he could continue his development with United. And he has now revealed how he could contribute to their first team.

Mejbri mentioned the versatility he has developed under the guidance of under-23s coach Neil Wood as one factor that can make him useful to Ole Gunnar Solskjaer’s senior side.

In his first major interview with ManUtd.com, Mejbri said: “I’m grateful to him [Wood] for that as it’s thanks to him that I’ve been able to learn how to play in a different position.

“I’m a bit more versatile now. I used to be able to play in and around the centre of midfield; now I play on the left, a bit on the right and even a bit further forward.

“So I thank him for what he has done, because if I want to play in the first team, I’m not always guaranteed to play in my usual position. I need to offer some alternatives to make it easier for the manager to play me.”

What’s more, Mejbri thinks he has completed the transition from France to England. Indeed, he claims to be fully settled and therefore ready to contribute.

Mejbri has had to adapt 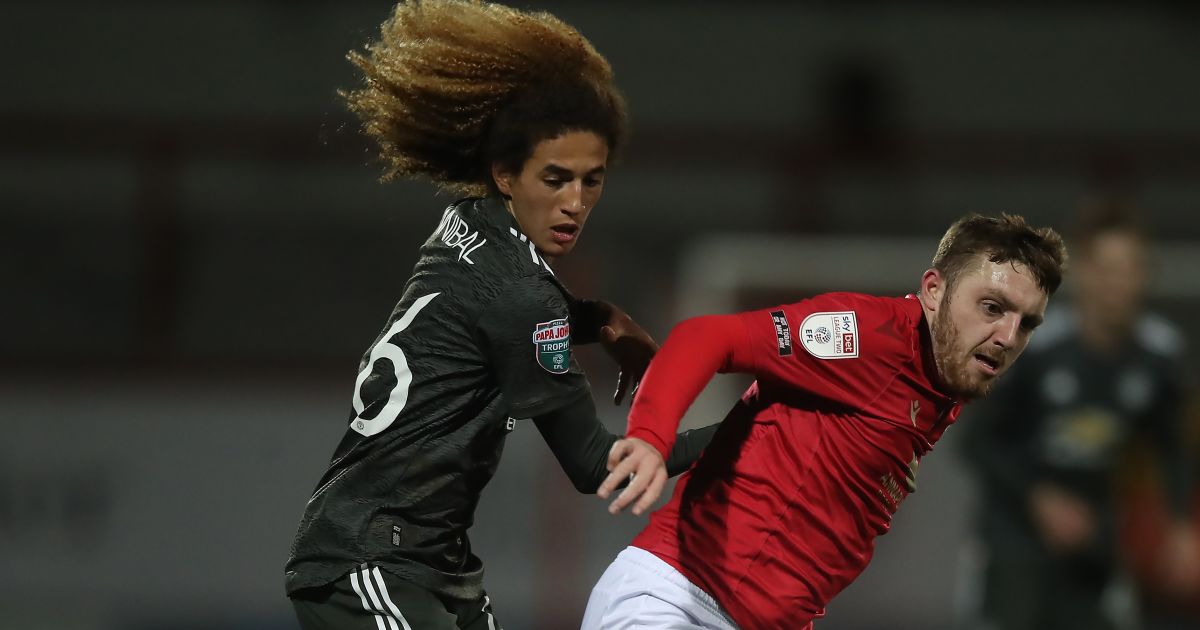 Reflecting on his journey, he said: “Moving to Manchester United from a club in France, a very decent club all the same, in Monaco, well it’s another level.

“The game is quicker, more physical and more technical too. So you had to raise your game pretty quickly in order to be able to settle into the group.

“I think it was my family who helped me a lot because it’s not easy at all moving to another country. So they were a massive help to me.

“We’ve had French players at the club and also the coaches who’ve helped me too. Everyone has helped me and been great with me. All the staff at the club have always been there for me. And I thank them all for that.

“I think I’m fully settled in now. We do a lot more strength work in the gym but that’s all fine. I’ve adapted well I think, and everyone has helped me to do that.”