Accueil » Eight of the most fun international sides since 2010: Italy, Wales… – PF

The modern era has seen focus move further away from international football and more and more towards the club game.

Fewer of the sport’s most respected coaches are working in charge of national teams, with the major tactical trends and developments are taking place in Europe’s top leagues. There’s an increasing sense that the route to success at summer tournaments is functional, unadventurous formations and a defensively-focused approach.

But such a state of affairs makes the exceptions stand out even more. Here are eight national teams since 2010 that serve as a reminder of why international football is still well worth watching.

Seventy-four-year-old Uruguayan legend Tabarez has been in charge of the national team since 2006, his second stint after also twice coaching their Under-20s. His long tenure has seen a generation of stars like Diego Godin, Luis Suarez and Edinson Cavani grow from energetic and hungry youngsters into grizzled wily veterans.

Rarely with the veteran coach in the dugout have La Celeste been anything less than competitive, but it’s difficult to look past the period in the early 2010s, in which they announced themselves as a side to take seriously with some genuinely world-class players.

Rewind to 2010 and future stars Godin, Suarez and Cavani were far from household names, still at Villarreal, Ajax and Palermo respectively. Back then, a peak, 31-year-old Diego Forlan was their ace in the hole; the striker was named the World Cup’s best player, having finished joint top scorer with five goals in their run to the semi-finals. A year later, they beat Copa America hosts Argentina en route to lifting the trophy in Buenos Aires.

Not only did Uruguay boast real quality, but in Suarez’s match-winning goal-line handball against Ghana, there was some top-tier bastardry too. 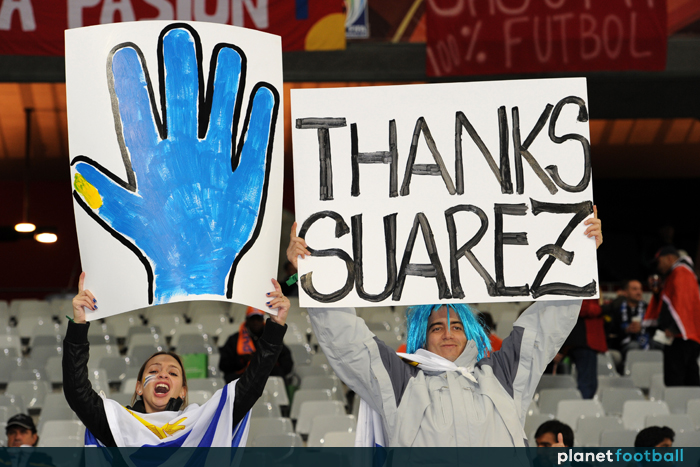 Part of what made Suarez’s handball such an iconic heel moment was how Ghana had established their role as the neutral’s favourites in South Africa.

The Black Stars were the only African side to make it out of the group stage in the first World Cup hosted on the continent and seemed to build momentum from their extra-time 2-1 victory over the United States.

Serbian journeyman coach Rajevac labelled the handball as an “injustice” after Ghana’s talisman Asamoah Gyan missed the resulting penalty, which if scored would have seen them become the first African side to make a World Cup semi-final.

Heartbreakers, but we still love them.

It’s a shame to have seen the relationship gradually grow stale, because the young side Low crafted at the 2010 World Cup was a breath of fresh air. The tournament was the first time we’d really been introduced to the likes of Mesut Ozil, Thomas Muller, Toni Kroos and Sami Khedira, who all dazzled in South Africa. Gareth Barry still has sleepless nights.

Four years later, they’d perhaps lost a little of their rough edges to become a more mature and well-rounded side, but they still produced that 7-1 victory over Brazil on their way to lifting the trophy.

Six years ago today, Germany beat Brazil 7-1 in their own backyard to reach the World Cup final 😲

Chile didn’t win a knockout match at the 2014 World Cup in Brazil, but you can make a strong argument that no other side brought more to that tournament.

Sticking to the high-pressing, completely bonkers blueprint left behind by his Argentinian compatriot Marcelo Bielsa, Sampaoli made no compromises and won hearts and minds as a result.

They raced out of the traps to beat Australia 3-1 before knocking out Spain with 2-0 victory and a perfectly realised execution of Bielsa’s vision, in which once-promising youngsters such as Alexis Sanchez, Arturo Vidal and Charles Aranguiz had grown up into world-beaters.

While they went home after a penalty shootout defeat to hosts Brazil, Sampaoli’s Chile conquered South America a year later, winning the 2015 Copa America on home soil – their first-ever major honour, which they retained under Juan Antonio Pizzi the following year.

Algeria were brilliant value at the 2014 World Cup. All four of their matches at the tournament were compelling, evenly-balanced affairs that featured both sides getting on the scoresheet.

After going toe-to-toe with Belgium, South Korea and Russia in the group stage, the North African outfit provided us with a minor knockout classic against Germany in the round of 16, arguably pushing the eventual champions harder than anyone else in Brazil that summer.

The first 90 minutes somehow passed by without a goal, but Algeria missed a raft of chances and were punished as Andre Schurrle and Mesut Ozil put them to the sword in extra time. But Halilhodzic’s men demonstrated an admirable never-say-die attitude and got one back in the 121st minute to make Germany sweat.

Chris Coleman’s Dragons may not have been complete minnows – their run in 2016 was inspired by the world’s most expensive footballer at the time, after all – but every so often you have to pinch yourself when you remember that Wales (Wales!) made it to the semi-finals of a European Championship, giving both the travelling fans in France and those supporting at home a summer that will never be forgotten.

Hal Robson-Kanu’s Cruyff turn against Belgium is enough alone for them to make the cut here, never mind the most fun major tournament anthem to boot.

Iceland’s brand of football at Euro 2016 wasn’t exactly swashbuckling, but they were the perfect major tournament debutants; fans that were loving every second, a competitive die-for-the-cause team, an instantly-iconic knockout upset and an excuse to wheel out facts like the nation’s population being less than Coventry’s.

They were also responsible for giving us an all-time classic clip, courtesy of Steve McClaren narrating their 2-1 round of 16 victory over England.

Steve McClaren was every England fan when they last faced Iceland! 🤣 pic.twitter.com/TXifZvPUWi

We’re only two games into Euro 2020 at the time of writing, but Italy have been wonderfully entertaining and assuredly brilliant – how often can you say that in international football?

It will be difficult for them to maintain the same all-action pace as in their 3-0 victories over Turkey and Switzerland, but whatever happens next they’ve left a big impression as the early pace-setters, a la Chile in 2014.

Given their record under Mancini – 34 games, 25 wins, two defeats, 85 goals scored and just 14 conceded – who’s to say they can’t keep this up? Italian journalists have been telling us for years that they’re building something special, but no one really watches qualifiers and Nations League games, do they?

Now we all know. The sheer pace, the influence of Roberto De Zerbi’s all-action Sassuolo, the commitment to keep attacking as swiftly and incisively as possible, breakout stars like Manuel Locatelli and Domenico Berardi. Bellissimo. 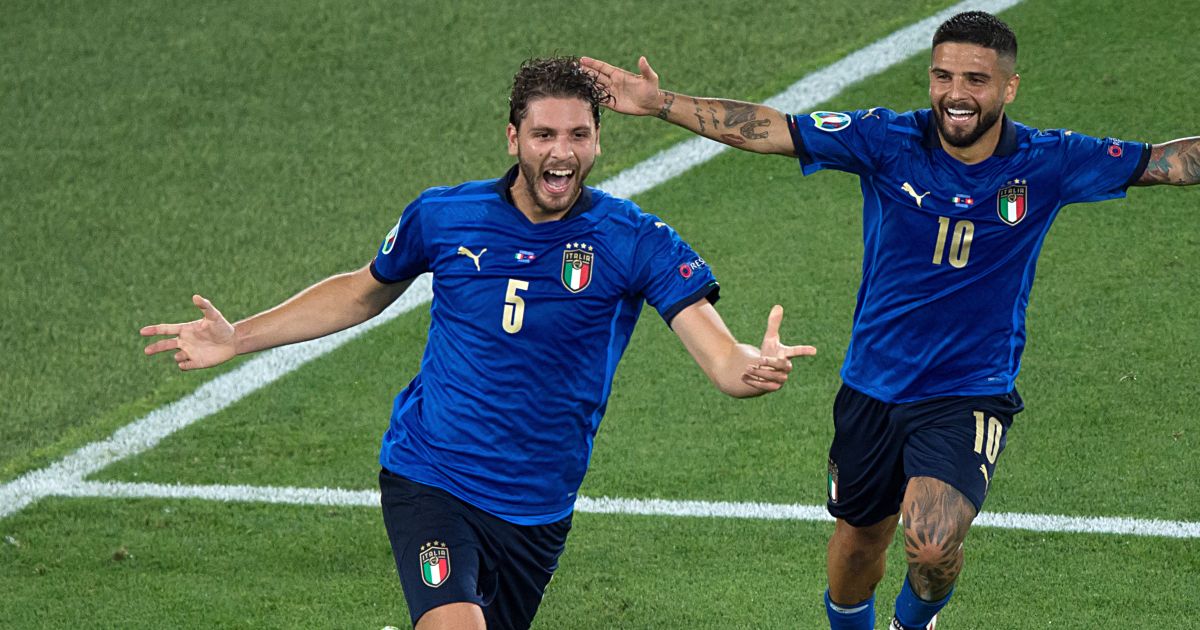 READ: Manuel Locatelli & two touches that catapulted him into the mainstream

The making of O Fenomeno in Brazil: ‘It was as if he had come from the moon’

Can you name every country to compete at a FIFA World Cup?

Ranking every Euro 2020 squad by their transfer value: England top…