Amad Diallo has revealed that the presence of Paul Pogba left him with no doubts that he wanted to sign for Manchester United.

The 18-year-old agreed to move to the Red Devils in October 2020 in a deal that will rise to €40million. He had to wait until January to officially join as he waited for a work permit. But he eventually made his debut in February, and went on to make eight appearances in 2020/21.

One of the most highly-rated youngsters in Europe, securing Diallo was quite the coup for United.

And he has now told of how the chance to work alongside Pogba, his favourite player growing up, was a key factor in his decision to head to Old Trafford.

“I met him when I was a kid at that trial at Juventus,” Amad told the Metro.

“After the session, they asked me who I would like to have a photo with and I asked for Paul. He was my idol.

“Then, when I received the bid from United and I realised that Paul was here, I didn’t have to think twice and I wanted to come here straight away.

“To be playing with him five years later is incredible. I could not possibly ever imagine it happening. But these things happen once in a lifetime and, when such occasions come along, you have to seize them. 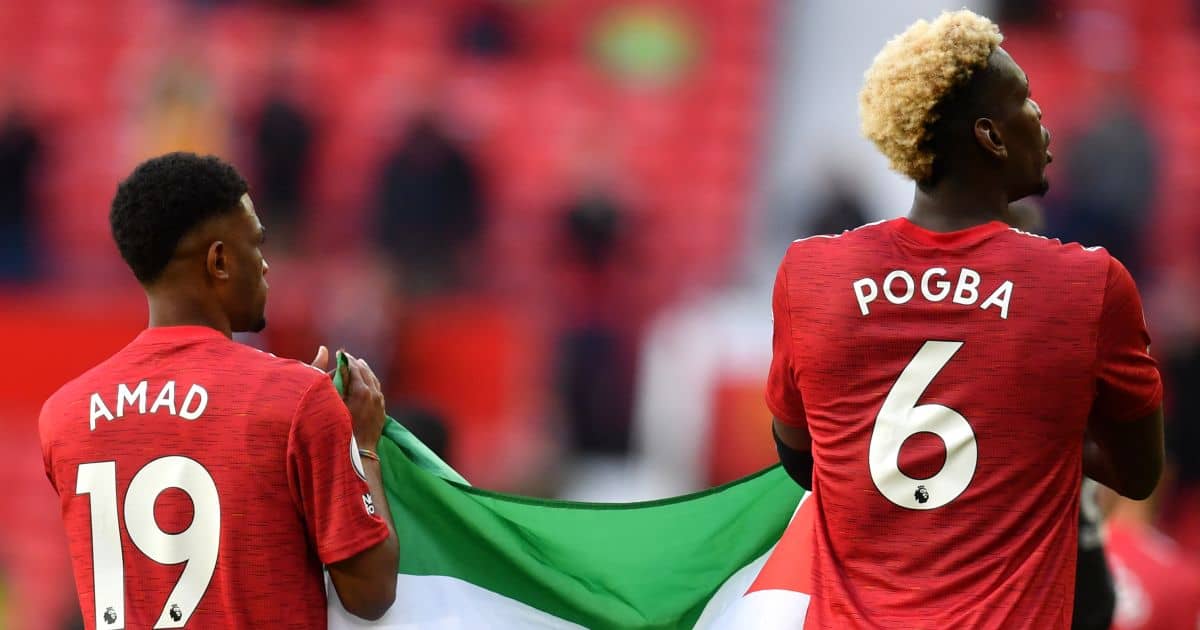 To play with Paul five years later is unbelievable, and hard to describe, really.

Diallo and Pogba were on the field together just once last term, that being in the 1-1 draw with Fulham in May. Pogba played the full match, while Diallo came on as a late substitute.

There may not be an opportunity for them to link up in a red shirt again in future, though, with Pogba potentially on his way out.

The Frenchman is about to enter the final year of his United deal, and an agreement on extension is still to be reached.

And while some reports state Pogba is close to committing his future to the club, others suggest otherwise.

In fact, the Daily Express say United have told clubs that the 28-year-old is available for £72million this summer.

That may be of interest to PSG, who are the favourites to sign him should he leave England.

“Nasser [Al-Khelaifi] was in Nice with [Mino] Raiola three days ago, and the two spoke of [Moise] Kean, Bakker living and Pogba.

“United don’t want to part ways with him, but Pogba doesn’t want to renew. United are asking for €80m.”

With Pogba currently with France at the Euros, a decision on his future is likely to be delayed until France’s participation has come to an end.

READ MORE: PSG will go after a Man United target if they miss out on Achraf Hakimi this summer.