Bundesliga champions Bayern Munich are interested in signing Denzel Dumfries, who has been linked with Everton, from PSV this summer.

Dumfries had caught the eye with his displays for Holland at the Euros. The 25-year-old has scored in both of Ons Oranje’s games so far, helping them through to the knockout stages. And he is attracting plenty of interest from clubs as a result.

Despite being contracted until 2023, the defender had been expected to be on the move this summer anyway. But his performances have only made that more likely.

Everton are among those being linked. Toffees director Marcel Brands, who previously worked at PSV, is keen to make the transfer happen.

He was pushing for Dumfries to put pen-to-paper at Goodison before the European Championships started. But the deal was not finalised and the Merseyside club will now have to fight off a number of other suitors to get it done after the tournament.

And that may prove to be a difficult task, with Bayern now in the race for his signature. That is according to Sky Germany, who say new boss Julian Naglesmann believes he is a player who would fit into his system.

However, Bayern aren’t ready to make a move unless PSV alter their asking price.

Dumfries reportedly has a release clause of €15million, but that is too much for the Bavarians according to Sky Germany reporter Marc Behrenbeck. 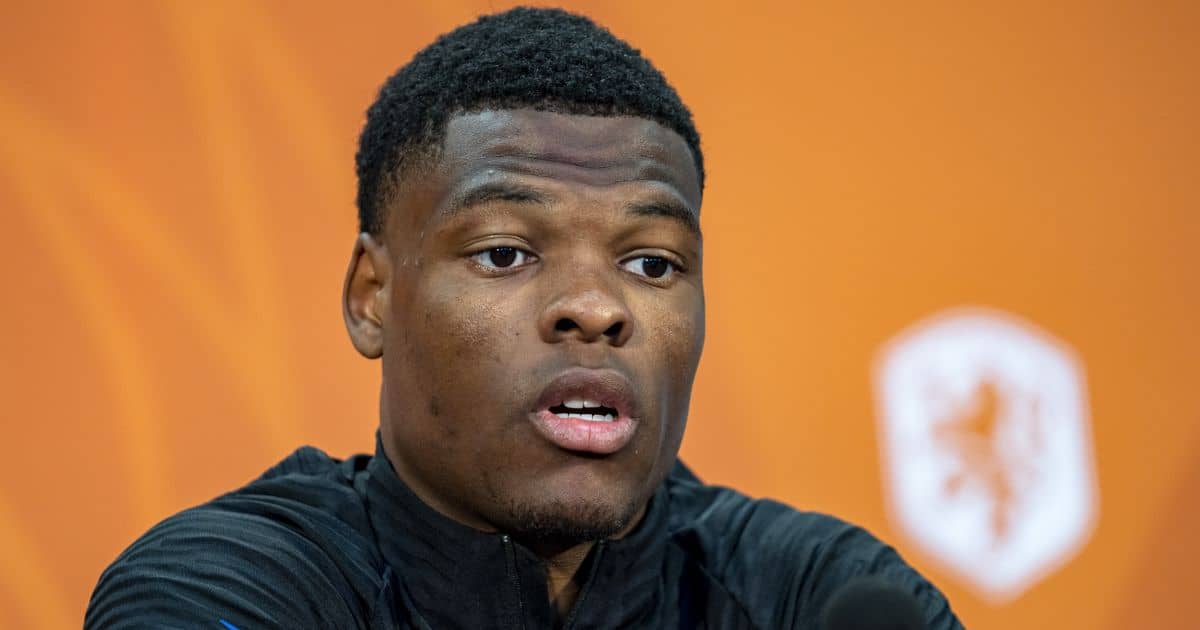 “It’s currently too expensive,” he said. “He has a release clause of around 15 million. You don’t get it underneath.

“It’s actually cheap, but FC Bayern doesn’t want to spend that much anymore. But the topic is on the table at the Säbener. ”

Their hesitance may pave the way for Everton to complete the deal, should they be willing to stump up the fee.

The Dutchman is aware of the speculation surrounding him, and recently revealed he is ready for a new challenge away from PSV.

But when asked if his impressive showings at the Euros may see him earn a move to a top European side, he did his best to keep his focus on playing for his country.

“I just play my game as I always do,” he insisted (via Goal). “I’m not at all concerned. I concentrate fully on the tournament. There is still a lot of room for improvement.

“I want to grow in knowing how to choose the right position in the possession phase, in the passages, so that I can make the right choice in advance and improve my performance.”