Arsenal are on course for more transfer heartache after Juventus’ plan to land a Gunners-linked Euro 2020 sensation was revealed.

Arsenal have lurched from one disappointment to another thus far this summer. A move for Norwich playmaker Emi Buendia was hijacked in the latter stages by Aston Villa. The Argentine was projected to fill the void left by Martin Odegaard who now appears likely to remain with Real Madrid after their manager change gave the Norwegian a second chance.

Divisive midfielder Granit Xhaka was tipped to leave and net the Gunners a tidy sum. However, that deal has stalled, leading to Xhaka taking matters into his own hands.

Matteo Guendouzi has emerged as a surprise target for Borussia Dortmund should an England man depart. Furthermore, impressive youngster Joe Willock could be Newcastle-bound amid talk of an intriguing swap deal. Together, that all means Mikel Arteta’s side could be struggling for numbers in midfield.

One player who had been touted as an ideal capture was Sassuolo’s Manuel Locatelli.

The 23-year-old is one of the early success stories at Euro 2020, and recently registered a career-first in their victory over Switzerland. 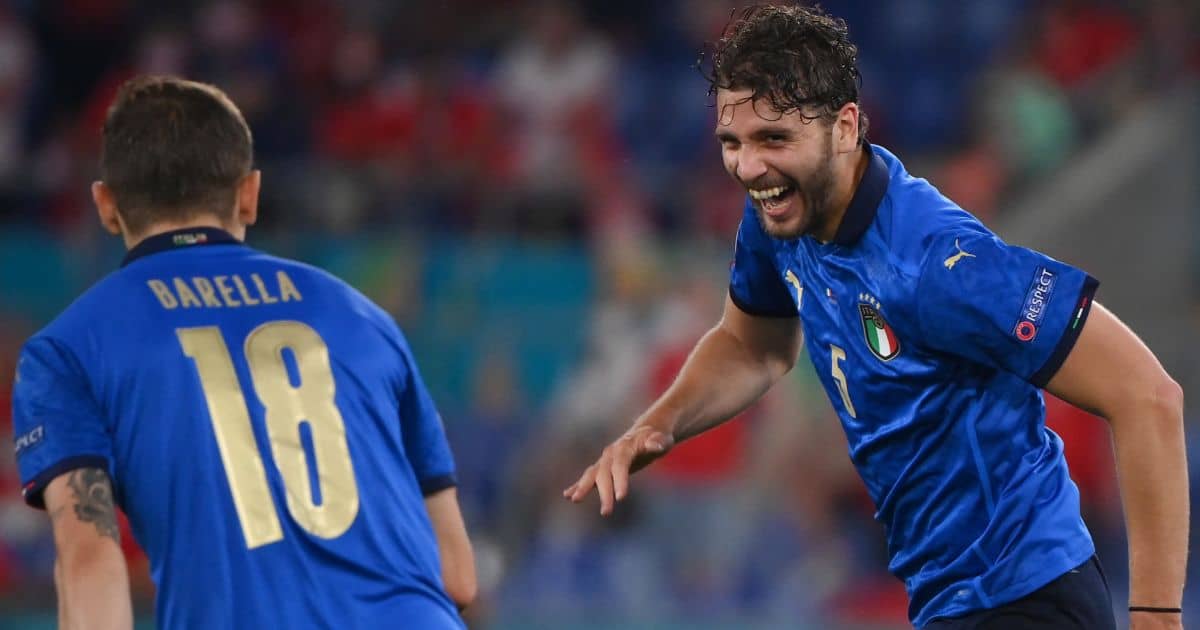 Arsenal were said to be preparing a £34m approach, though those hopes were torpedoed by Juventus’ interest.

Locatelli would also reportedly prefer to remain in Serie A, and the latest report from the Sun (citing Goal) has detailed the intricacies of Juventus’ impending offer.

They state that the Bianconeri are readying an official approach to the tune of £26m with young defender Radu Drăgușin thrown in to sweeten the deal.

The 19-year-old Romanian has already earned international caps at Under-21 level and could help twist Sassuolo’s arm.

Meanwhile, reported suitors Arsenal and Leeds have been given hope of a deal for Glen Kamara after Finland coach Markku Kanerva urged the midfielder to ‘sign for a club bigger than Rangers’.

Firstly, it was claimed last month that Arsenal were readying an approach to re-sign their former academy star. With Mikel Arteta looking to remould his Gunners squad, Kamara is one player reportedly targeted by the Spaniard.

Kamara though is also a long-standing target for Leeds. Marcelo Bielsa is looking for midfield reinforcements this summer and Kamara may fit the bill. Premier League new boys Watford have also been linked with a move.

Now the pair’s hopes have been given a lift after Finland coach Kanerva hinted the star should try and force a move.