A Premier League centre-half has emerged as a shock Man Utd target at centre-back despite their ongoing pursuit of Raphael Varane, per a report.

Man Utd have identified providing Harry Maguire with an elite level partner as a priority this summer. Victor Lindelof has rarely put a foot wrong. But the common consensus is that the partnership must be upgraded if a genuine title challenge is to be mounted.

Real Madrid and France ace Varane has been heavily linked with solving the issue. Rumours of his exit began to ramp up after new boss Carlo Ancelotti was said to be resigned to losing his star defender.

An unwanted pair were touted as possible makeweights to help facilitate a deal after the Express reported their first bid of £50m was rejected.

Man Utd appear to be leading that race by default, but their centre-back hunt has apparently taken a sharp turn.

The Express (citing Turkish journalist Ekrem Konur) state that a familiar face has entered the mix.

They report that Leicester defender Caglar Soyuncu is on their radar. Furthermore, Man Utd are deemed ‘primed to enter talks’ with the Foxes. 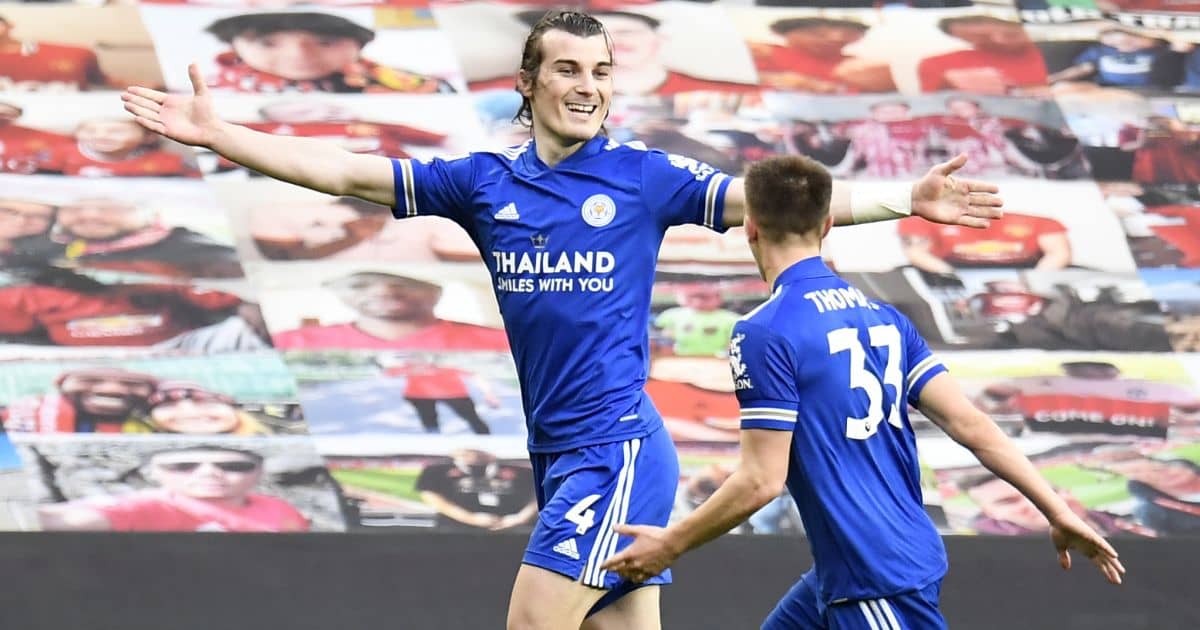 The piece’s original source – Konur – goes on to declare that such talks are “scheduled to take place soon.”

Soyuncu, 25, enjoyed a fantastic first full season at the King Power in 2019/20. His most recent campaign saw regression, with the Turkey international occasionally rash in the tackle and overexuberrant in his attempts to win back possession.

Nevertheless, Soyuncu is a proven commodity in England. Additionally he would likely represent a cheaper – and younger – alternative if their Varane dreams fade.

Man Utd willing to get drastic over Pogba

Meanwhile, Manchester United want to make Paul Pogba the highest-paid player in the Premier League in a bid to secure his future, a report claims.

The midfielder supposedly wants to wait until after Euro 2020 to sit down with his employers. Soon after that claim came out, though, United grew eager and began talks with the midfielder’s representatives.

Now, The Sun has revealed details of those discussions, revealing that the Red Devils want to pay Pogba £400,000 per week.

Over a five-year deal, that would equate to the 28-year-old earning £104million in total.

Indeed, the newspaper adds that United feel ‘desperate’ to sort the midfielder’s future out after his strong campaign.