Gary Neville thinks England will know if they have a “real problem” on their hands inside 10 minutes of their Euro 2020 clash with the Czech Republic.

The Three Lions head into Tuesday’s final Group D game knowing they can top the group with victory. A draw would see their opponents stay in first, but a loss would not necessarily end their qualification hopes. Croatia and Scotland sit only three points behind, but they must overturn goal difference swings to move up the table.

Nevertheless, the focus on England has shifted considerably since their opening win over Croatia.

The Tottenham star has looked sluggish, leading to calls for manager Gareth Southgate to drop him. Southgate, though, has responded defiantly by insisting that he will not lose his place.

Speaking in his own preview of Tuesday’s final day in Group D, Neville had his say on the Kane debate.

“I think that if Harry Kane had someone behind him who was even close to him that could go into the team, then you’d say maybe you could look at a change. But you wouldn’t change Kane quickly, or easily for that matter,” the pundit told Sky Sports News.

“I think he’ll break all England’s records. You don’t just drop your captain and your main goalscorer after two matches.

“But I think the energy, urgency and intensity in England’s performance has got to improve for Kane to do well in this tournament.

“In the first game, we felt that was a controlled performance and everyone was really happy with that.

“But against Scotland, it was a massive drop off. I don’t care who you are – as a centre-forward, you would have struggled in that game.”

Despite Kane keeping his place, Southgate has responded to calls for Jadon Sancho to replace either Raheem Sterling or Phil Foden.

Liverpool captain Jordan Henderson could also replace either Kalvin Phillips or Declan Rice in midfield. Further back, Harry Maguire – like Henderson – has regained fitness and could play in defence.

Nevertheless, Neville has warned that the fatigue will either emerge as “real problem” or a short-term blip against the Czechs. 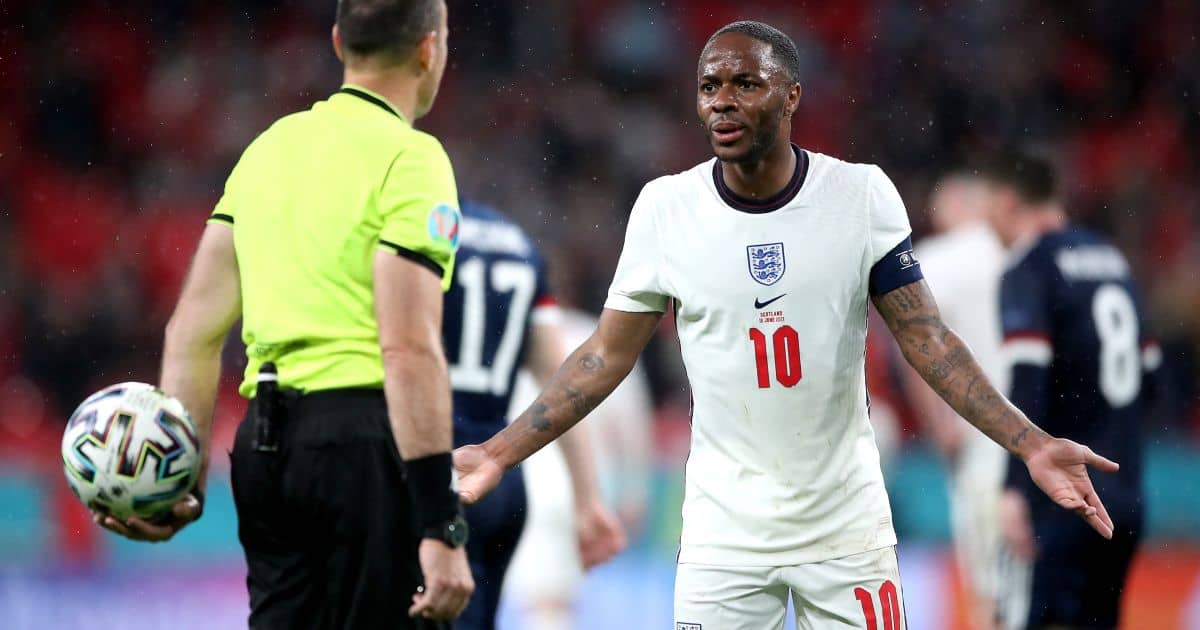 “The only thing that concerns me now is the physical levels, and I’m not sure why that occurred,” the pundit added, reflecting on Friday’s draw.

“It’s one of two things: one, the players are very tired, and if they are then we’ve got a real problem. Or two, they were a little immature and mentally built the game up so much that they drained themselves.

“My concern was that it wasn’t just the Harry Kane thing – the rest of them lacked sharpness. Even when [Jack] Grealish and [Marcus] Rashford came on, the performance didn’t change.

A detailed look at the three-horse race to qualify from Group B between Denmark, Russia & Finland

“For me, going into the Czech Republic game – understanding that I have played with England teams in tournaments that looked fatigued – that is the only thing that I’m looking at in the first five, 10 minutes.

“Is the sharpness back, and was it just a mental thing going into that Scotland game?”

Wales joined Italy in confirming their place in the last 16 on Sunday, despite a 1-0 defeat in Rome.