Samuel Eto’o says he would attempt to sign long-serving Real Madrid man Sergio Ramos for his former club Barcelona if he had the chance.

Ramos will leave Madrid at the end of the month after a 16-year spell at the Bernabeu. His contract is set to expire and the defender has not put pen-to-paper on fresh terms. Therefore, he will be available on a free when the transfer window opens on 1st July.

Teams from around Europe are being linked with the centre back. PSG, Manchester City and Manchester United are said to be considering making offers.

It’s the latter of those three who are favourites, with reports claiming they have a clear run at him should they choose to make an official move.

But one move that never seemed to be on the cards for Ramos was to Real’s old foes Barca. The centre back has been at the heart of the ‘El Clasico’ rivalry for some time, and it’s fair to say he’s not a popular figure within Barcelona circles.

Despite that, Eto’o claims he would take him at Barcelona while discussing Ramos’ future with AS (via Barca Universal).

“Hopefully, Sergio goes to PSG,” he said before making his surprise admission.

“If I could sign him for Barça, I would. If he goes to PSG, I will be happy and I know that he will help us win the Champions League, which is proving very difficult for us.” 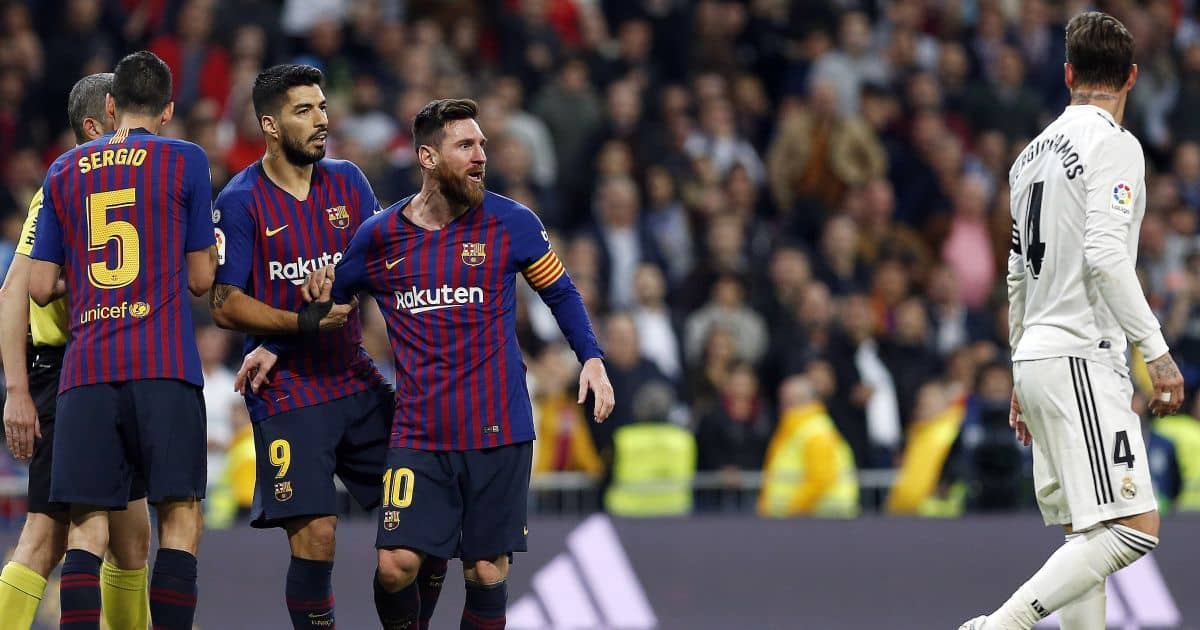 Eto’o will likely have to forget any hope he holds of seeing Ramos sign on at the Nou Camp, though. That’s with Ramos himself describing it as “impossible”.

Speaking at his farewell ceremony, the 35-year-old said: “I haven’t thought about any team at the moment.

“It’s true that since January, when I was free and on the market for contractual reasons, we’ve had calls to my brother from interested clubs. But at no time I’ve thought about leaving. Now we’ll look at a good option for me.

“Sevilla is the other club of my heart but right now I’m not considering that option and Sevilla aren’t considering it either. As for Barca, it’s a rotund no. It’s impossible to see Ramos in a Barca shirt.”

READ MORE: Manchester United have been given two reasons why they should avoid signing Sergio Ramos this summer.