A key Manchester City star reportedly has no interest in being a potential makeweight in any deal that could see Tottenham striker Harry Kane move to The Etihad.

A report on Monday claimed that City had made their first move to bring the England skipper to Manchester, with a £100million bid on the table. There has also been talk of several City stars being used in part-exchange, but it would appear that Sterling will not be one of them.

City have emerged as the frontrunner to sign the Spurs talisman after he revealed his intention to leave.

Their need for a new No.9 is paramount, given record scorer Sergio Aguero’s move to Barcelona. There’s also been talk that Gabriel Jesus could found himself a new club this summer.

Italian transfer expert Fabrizio Romano listed England forward Sterling in a proposed exchange deal. That news was perhaps not that surprising, given that the former Liverpool found himself out of favour at City towards the end of the season.

However, the Daily Telegraph claims he is not at all interested in heading to north London. The report also adds that Spurs would not be able to afford Sterling’s weekly salary.

With a move for Sterling looking like a non-runner, it would appear that Tottenham will have to look elsewhere for Kane’s replacement. And one player who could end up in north London is Fiorentina attacker Dusan Vlahovic.

The Serbian forward, whose game has been likened to Kane’s, could be on the move this summer. Spurs, Liverpool and Arsenal have all shown an interest in the talented attacker.

A fee in the region of £40m could seal a deal, with a former Fiorentina director claiming Vlahovic is perfect for English football.

Meanwhile, Tottenham have reportedly agreed to temporarily waive their sell-on clause for former attacker Marcus Edwards in what could be a shrewd move from chairman Daniel Levy.

Edwards only made one senior appearance for the club before heading to Portuguese outfit Vitoria Guimaraes in 2019. At the time, Spurs inserted a 50% sell-on clause into the deal for the 22-year-old. 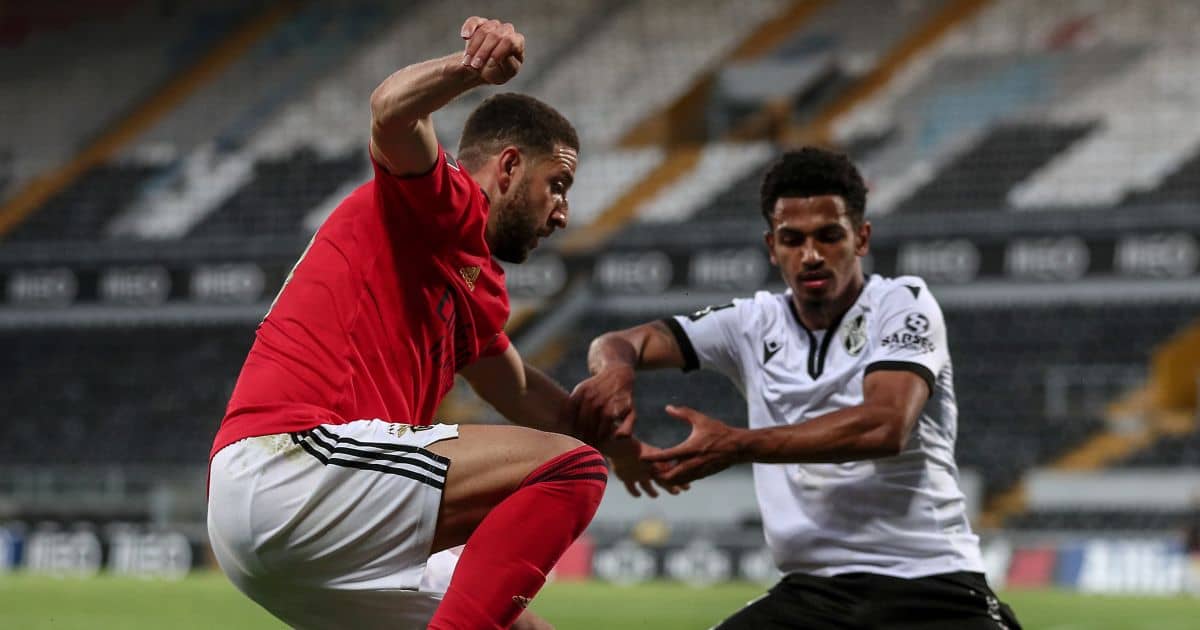 The young winger made 33 Liga NOS appearances last season, 21 of which were starts. He also scored three goals and provided a single assist.

His strong performances over the past season have seen Sporting Lisbon step forward with an offer. And that offer is believed to be in the region of £10.3million.

However, Spurs’ sell-on clause has caused an issue over the potential transfer.

With that in mind, Portuguese newspaper A Bola (via Sport Witness) claims that Tottenham have struck an agreement with Sporting. They will instead bank 50% of the transfer fee whenever Edwards leaves Lisbon further down the line.

Whilst that may be considered a gamble, Edwards is very much a player whose career is on the rise.

To that end, Levy and Spurs could expect to recoup a much larger summer in the years ahead.