Chelsea and Man Utd target Erling Haaland has edged closer to a blockbuster transfer after reaching a ‘total agreement’ with his proposed next club, per a report.

The Norwegian sensation, 20, is one of the most sought after footballers in the European game. Since moving to Borussia Dortmund, Haaland has operated at marginally below a goal every game. In the most recent season, he notched exactly 41 strikes from 41 outings. Unsurprisingly, the heavy hitters took note, but it now appears a Bundesliga exit could happen sooner than many believed.

From an English perspective, Chelsea and Man Utd appeared to be leading the way for his signature.

Man Utd’s immediate need diminished slightly when Edinson Cavani signed on for an additional year. But acquiring Haaland would represent a longer term option and will secure the No.9 spot for a decade wherever he goes.

Chelsea are on the hunt for a clinical centre forward to remedy their attacking issues. Thomas Tuchel has his Blues side purring. But Timo Werner failed to convince in his maiden year in England. That led to Kai Havertz often being deployed as a false nine.

However, according to noted Italian journalist Alfredo Pedulla of SportItalia, both sides are set to miss out.

That’s because they report that Real Madrid have reached a ‘total agreement’ with the marksman over personal terms.

Haaland is on board with taking his next step in Spain, but the matter of convincing Dortmund to sell remains in play.

That is something Man Utd fans are all too aware is not a simple task. Their long-running pursuit of Jadon Sancho has dragged on for more than a year.

Dortmund have shown they will not be bullied by anyone in the market, and the report claims that they are seeking €175m before greenlighting his sale. That’s despite widespread reports of an ‘open secret’ that Haaland can leave for less than half that amount in a year’s time.

Real are stated to only be willing to bid slightly above €100m. Clearly, this saga could run and run. 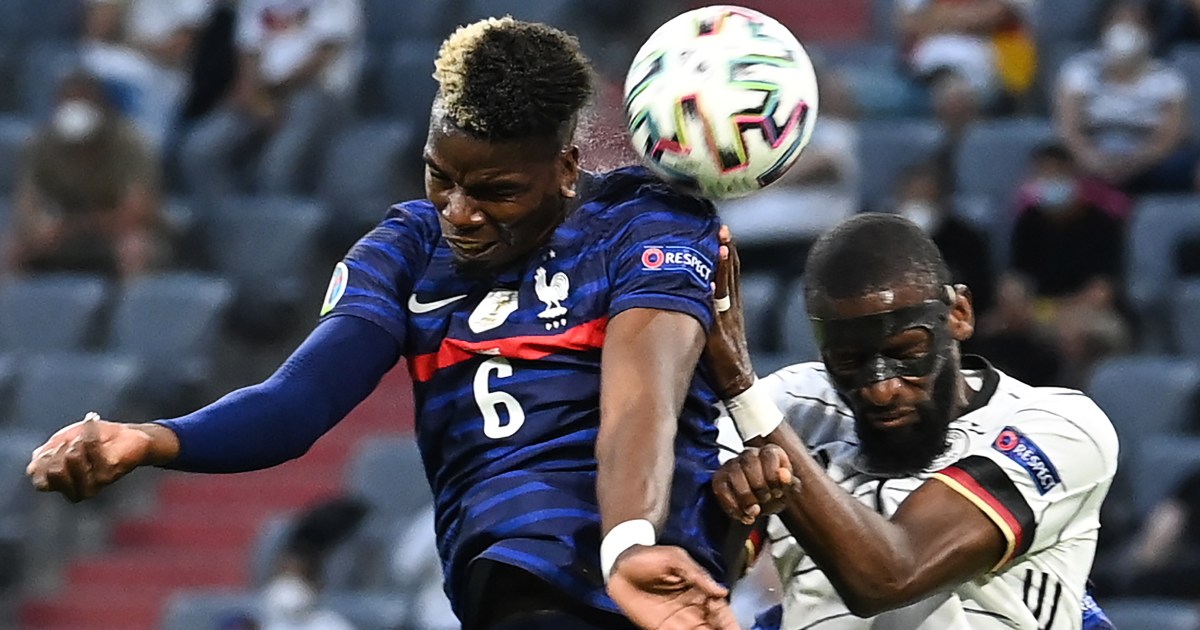 Meanwhile, Antonio Rudiger is reportedly desperate to continue his career at Chelsea, but the club have yet to open talks about a contract extension.

The Germany defender, who hit the headlines recently for what looked like a “nibble” on Paul Pogba at Euro 2020, is out of contract in 2022.

The 28-year-old though has informed Thomas Tuchel of his desire to stay in the capital. Sky Sports report that Rudiger is “committed to remaining at Chelsea”.

However, the intentions from the club do not appear the same. The Blues are yet to open talks with the defender over a new deal.

Whether or not Tuchel intends to include the experienced defender in his long-term plans is unclear. As yet there has been no inclination that the player will be offered a new deal.

The Daily Mirror reports Tottenham are still keen on the German international, who has started both of their games at Euro 2020.