Arsenal could reignite their interest in a former Liverpool star pending one condition set by Mikel Arteta, though the prospective move has been panned by a club legend.

Arsenal are set to experience great change in their midfield ranks this summer. Martin Odegaard and Dani Ceballos have both returned to Real Madrid after their loan stints concluded. A host of other midfield names have been tipped for permanent departures, including Granit Xhaka, Matteo Guendouzi, Emile Smith Rowe and Joe Willock.

To help offset further losses, the Gunners have been linked with new additions of varying ages and profiles.

Rising Anderlecht youngster Albert Sambi Lokonga is reportedly one step away from arriving at the Emirates after his contract was ‘signed off’.

Elsewhere, the club have been rumoured to be in the mix for Leicester City playmaker, James Maddison.

Prising Maddison away from the King Power will be an uphill struggle. The Foxes have no desire to sell and Maddison would command an eye-watering fee.

As such, the familiar face of Philippe Coutinho has once again been linked with a move to North London.

The ex-Liverpool creator was truly superb during his five-year spell at Anfield. The Brazilian left under a cloud in 2018, and since arriving at Barcelona, his career has stalled. 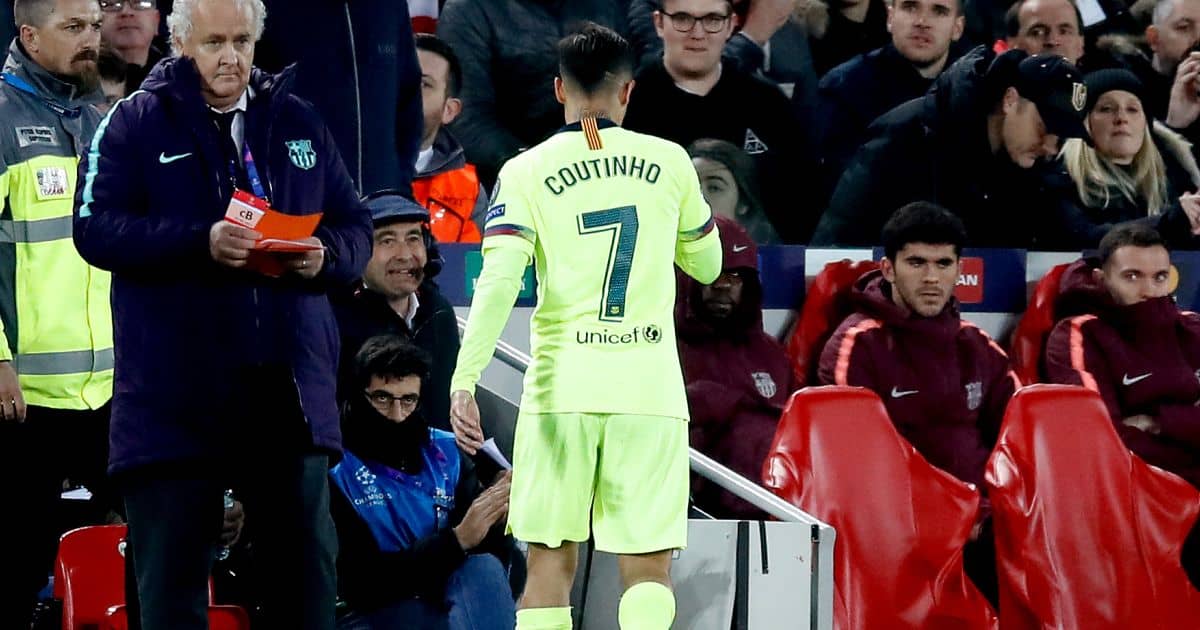 Now, FootballLondon (citing Le10Sport) reveal that Arsenal are once again in the running for his signature. Whether that would be via the loan route or permanent capture is unstated.

However, Coutinho must first meet a condition set by Arteta before Arsenal officially make their move.

That pertains to proving his fitness after suffering a knee injury in the previous campaign.

Coutinho ruptured the outer meniscus in his knee around the turn of the year that ruled him for the remainder of the season.

At 29, time is in Coutinho’s side to come back stronger than ever. However, club legend Nigel Winterburn has explained why the move isn’t in Arsenal’s best interests.

When speaking to Goal earlier in June, Winterburn said of a proposed deal for Coutinho: “I wouldn’t go down that line, we’ve got a lot of young talent coming through.

“Unless he would be on the right wages or if there was a way to fit him in then it could be an option.

“It’s been touted around so much I don’t believe it’ll happen.

“Coutinho was very good at Liverpool, but since then I’ve not been impressed and I’m not convinced by it.”