Despite winning the league title in 2019-20, Real Madrid had something of a player purge last summer.

Zinedine Zidane’s side shipped out both established and youth team players, simultaneously trying to free up space in the squad and reduce the wage bill in light of their growing financial concerns.

But how have those players done? We’ve looked at how all 10 have done at their new clubs.

Described by club sources as a versatile defender with excellent positioning, Sanchez made a handful of appearances for Real Madrid before being sent on loan to Real Valladolid in 2019.

After gaining some more La Liga experience, Valladolid decided to make the 24-year-old’s move permanent and paid Real €3million for his services.

Sanchez has grown during his second season, despite Valladolid’s relegation, and played the full 90 minutes as they won 1-0 at the Bernabeu in September.

It remains to be seen whether the centre-back remains with the second-tier club or seeks a return to La Liga.

There was a queue of clubs for Hakimi’s signature after he starred on loan at Borussia Dortmund. Inter Milan eventually won the race and signed the Morocco full-back for €40million as Real decided to cash in on their asset.

After providing an assist on his debut, Hakimi settled into Antonio Conte’s side as they swept all before them in Serie A. He made 29 appearances, scoring seven goals and providing five more assists as Inter won their first Scudetto since 2010.

But Hakimi looks set to be on the move again, as Inter look to shore up their worrying finances. PSG and Chelsea are rumoured to be interested in the Moroccan full-back who won’t come cheap after underlining his quality this year.

De Frutos had loan spells with Valladolid and Rayo Vallecano before Real Madrid decided the winger would never make it in their first team.

Levante were the grateful beneficiaries of Real’s decision. De Frutos has found a home from home with the Valencia-based club and contributed 13 goals or assists in La Liga last season – the best of these coming during an impressive win over eventual champions Atletico Madrid back in February.

His form has gone unnoticed and Southampton are reportedly interested in signing the 24-year-old.

…and it leads to a second for Levante as Jorge de Frutos slots home from close to the halfway line 😱 pic.twitter.com/teRMaT9gkj

Levante also secured Gomez for a cut-price fee of €1.5million last summer after scoring 11 goals the previous season at Tenerife.

He hasn’t quite replicated this form in La Liga – scoring just two goals in 34 appearances – but Gomez did score twice in the U21 European Championship earlier this year and is still regarded as a top prospect.

Given Spain’s toils in front of goal at Euro 2020, surely Gomez wouldn’t do much worse?

After being promoted to Real Madrid’s B team, Baeza made a positive impression following nine goals in the 2019-20 – including one impressive hat-trick against SCR Pena Deportiva.

The attacking midfielder appeared ready for La Liga football and Celta Vigo swooped for his signature. He’s appeared semi-regularly for the Europa League challengers and scored his first senior goal against Granada in November 2020.

Celta have a reputation for developing young talent and Baeza’s future looks to be in good hands.

Despite top-scoring with nine goals, Real loanee Rodriguez was unable to prevent Leganes from being relegated at the end of the 2019-20 season.

His performances attracted attention from across Spain and Real decided to sell the attacker to Sevilla for €13.5million.

Rodriguez didn’t trouble the scoresheet during his 20 league appearances for the title challengers, but he bagged a couple of goals in the Copa del Rey and made his international debut for Spain against Germany last September.

It still seems surreal that the James Rodriguez joined Everton last summer. Here was one of the most famous footballers in the world turning out for one of English football’s most notorious underachievers.

And the Colombia international hit the ground running, scoring and creating goals while fuelling hopes that Everton could seriously challenge the Premier League elite.

It all became a little underwhelming as the season progressed. Rodriguez missed chunks of the campaign through niggling injuries and Everton slipped back into mid-table mediocrity.

In truth, the playmaker probably only considered Everton due to the presence of Carlo Ancelotti. Now that Ancelotti has gone back to Real Madrid, we can’t help thinking he’ll be fluttering his eyelashes back towards Spain this summer. 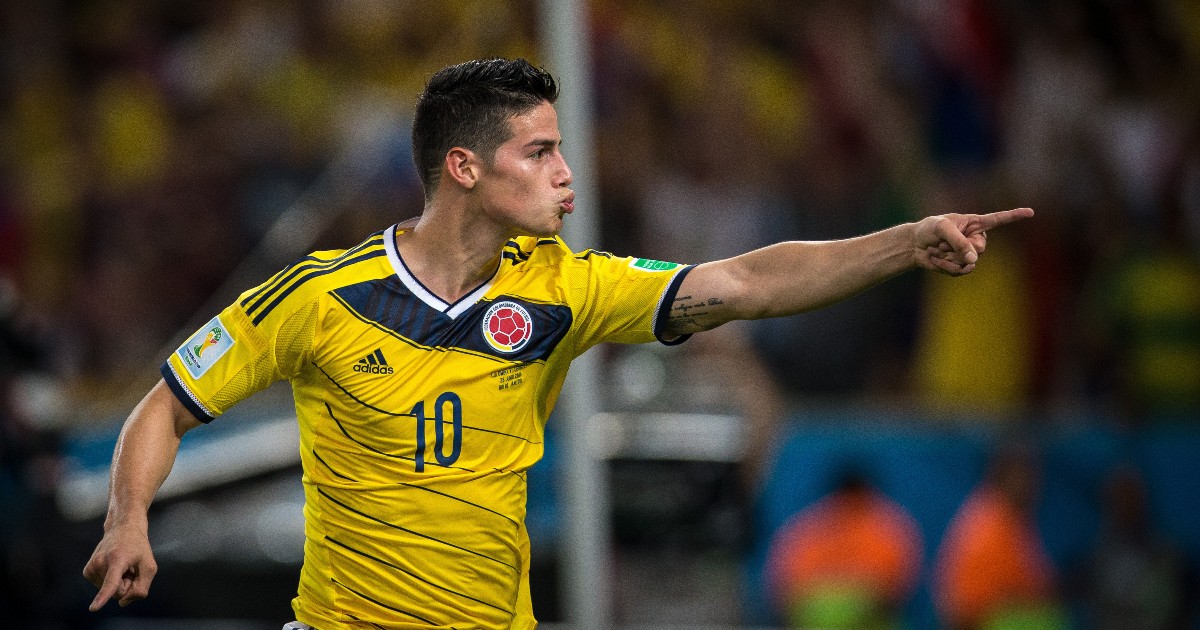 READ: 11 players that earned a big move after shining at a major tournament

Signed on a four-year contract in 2019, Soro was immediately loaned back to Real Zaragoza before joining Granada permanently last summer – turning a profit without ever kicking a ball for Real.

With Granada participating in the Europa League during 2020-21, Soro had plenty of opportunities to play first-team football and the attacking midfielder made 28 appearances across all competitions, chipping in with three goals.

His arrival at Tottenham may have been overshadowed by the return of Gareth Bale, but Reguilon looked a canny capture after Spurs secured a five-year deal for the full-back.

During a difficult season for the club, Reguilon has won plenty of admirers for his performances at left-back. In that context, it seems unfortunate that his debut campaign in England will be largely remembered for a spectacular own goal against Aston Villa.

He’ll be looking to thrive under whoever Spurs select as their next manager.

Sergio Reguilon has just scored the best own goal of the season 😅pic.twitter.com/X4aamxOmKv

Playing football while your dad shouts at you from the touchline sounds like every young star’s worst nightmare, but things are different when your dad is the actual Zinedine Zidane.

His son Luca played as a goalkeeper and picked up a Champions League winners medal in 2018. Zidane only made two appearances for the club, injuring himself during the second of those and found himself unsentimentally shipped out to Rayo Vallecano.

With first-choice goalkeeper Stole Dimitrievski playing for North Macedonia at Euro 2020, Zidane stepped into the breach as Rayo overcame Girona in a two-legged play-off to win promotion to La Liga.

And he’ll surely be cheered on from the stands now his dad is unemployed.

DCL next? The six British players to sign for Real Madrid and how they fared

Where are they now? Real Madrid’s XI from Sergio Ramos’ debut in 2005

Can you name every Real Madrid manager since the start of 1997-98?