Juventus are reportedly struggling to find new buyers for one of their defenders, which could be good news for Tottenham Hotspur.

Fabio Paratici recently left Juventus to take up the role of Managing Director, Football at Tottenham. Having been a part of the Serie A side’s success over the past decade or so, he will be hoping to help emulate some of that with Spurs. But before they can dream about titles, Tottenham have a significant rebuild on their hands.

Most urgently of all, Spurs are still without a manager after sacking Jose Mourinho in April. Ryan Mason saw out the season on an interim basis and since then, a number of manager targets have fallen through.

For example, Tottenham have tried to appoint the likes of Antonio Conte, Mauricio Pochettino, Julen Lopetegui, Paulo Fonseca and Gennaro Gattuso. None of those approaches have ended successfully, for a variety of reasons.

Once they eventually do find a new coach, Spurs will have to strengthen their squad. They only managed to finish seventh in the 2020-21 Premier League, so need players of better quality to improve upon that.

The main area of concern for them in the transfer market will be the future of centre-forward Harry Kane. The England captain is desperate to win trophies and has realised he will have a better chance of doing so elsewhere. If he leaves, he will be tough to replace.

But at the opposite end of the pitch, Tottenham also have some strengthening to do. Mourinho was not satisfied with his options at centre-back before his departure, so whoever his successor is will likely need reinforcements there too.

At present, Spurs have Toby Alderweireld, Davinson Sanchez, Eric Dier and Joe Rodon available in the centre of defence. The former two have been linked with moves away – potentially to the same destination – while Dier can also play in midfield and Rodon is still building up experience.

Therefore, the club need a specialist option of high quality to reinforce their rearguard. That man might be Merih Demiral.

Tottenham one of two suitors for Demiral 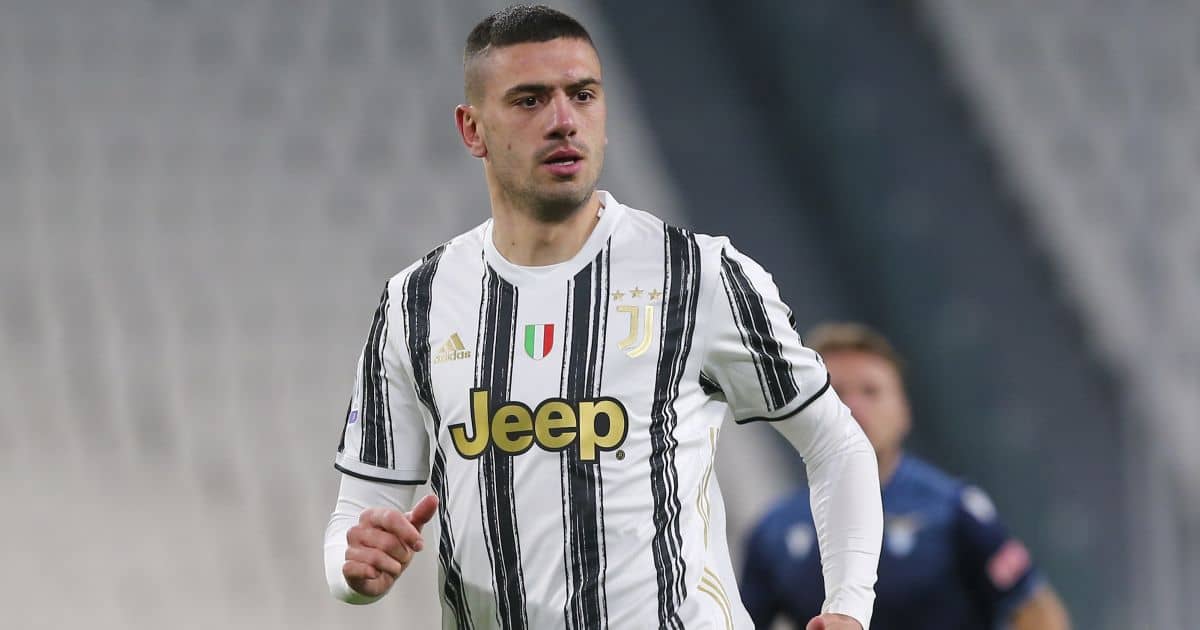 Demiral joined Juventus in 2019 via Sassuolo. He showed promise in his formative months in Serie A but an ACL injury soon disrupted his progress. Since then, he has had to battle to get his place back in the side – without much luck.

Giorgio Chiellini and Leonardo Bonucci remain regulars for Juventus, who also have Matthijs De Ligt among their ranks. The competition for Demiral is tough, so the Turin side may be willing to cash in this summer.

Tottenham have been mentioned as contenders for quite some time. The Paratici connection could be crucial to their hopes of signing the 23-year-old.

However, they are not his only suitors in the Premier League. Everton have also held a long-term interest in the Turkey international, which remains even after the exit of Carlo Ancelotti.

According to the latest update from Gazzetta Dello Sport, those two clubs remain the leading contenders to sign Demiral.

Juventus were hoping he would perform well for his country at Euro 2020, catching the eye of more suitors in the process. But Turkey disappointed and were eliminated in the group stage.

Therefore, it was a missed opportunity for them to raise interest in Demiral. He will now seemingly have to pick between Tottenham and Everton.

Watch out for an explosive finale as Germany, Portugal and France finish Group F on Wednesday…

Of the two clubs, Spurs have the advantage at present. The reason is fairly obvious: Paratici is much closer to Juventus than Toffees counterpart Marcel Brands is.

Therefore, he is ready to drive Tottenham’s pursuit and he will hope that it is successful.

Juventus paid €18m to sign Demiral and are hoping to make capital gains on him. Since he is up for sale, it should not be too complicated for Spurs to get their man.