Chelsea have reportedly emerged as the strong frontrunners to sign Sevilla defender Jules Kounde, ahead of Premier League rivals Manchester United and Arsenal this summer.

All three clubs are in the hunt for a top-class defender to bolster their respective centre-back positions, with Kounde high on their wish-lists. And now ABC Sevilla, as cited by Sport Witness, claims that the Frenchman will more than likely end up in England.

The report adds that Premier League suitors will have to pay upwards of €65m to land the player. That is down to the fact that his club rejected a €55m from Manchester City last year – with the player only adding to his value since then.

Of the three clubs mentioned, the report adds that Chelsea are the ‘most likely candidates’ to sign Kounde.  That is somewhat of a surprise, given that Thomas Tuchel already has solid options in the position.

His favoured pairing of Antonio Rudiger and Thiago Silva impressed as a partnership towards the end of the campaign. Kurt Zouma and Andreas Christensen are also solid options, while Cesar Azpilicueta has often been used in a back three.

However, with Silva turning 37 in September, Tuchel wants a young option to learn of the Brazilian.

At 22 years of age, Kounde represents a value signing who could be a regular starter for years to come.

But whether they will be prepared to pay in excess of €65m for the player remains to be seen at this stage.

Meanwhile, Wolves are reported to have joined the race to sign Billy Gilmour on loan for next season as Chelsea look to get the youngster some valuable playing time.

Gilmour, 20, has found his first-team opportunities few and far between at Stamford Bridge over the last two seasons. Nevertheless, in the limited minutes he has received he has impressed. Despite his youthfulness and inexperience, he has not looked out of his depth against the superstars of the Premier League. And he proved he can hang on the international stage too in his full debut for Scotland against England last week. 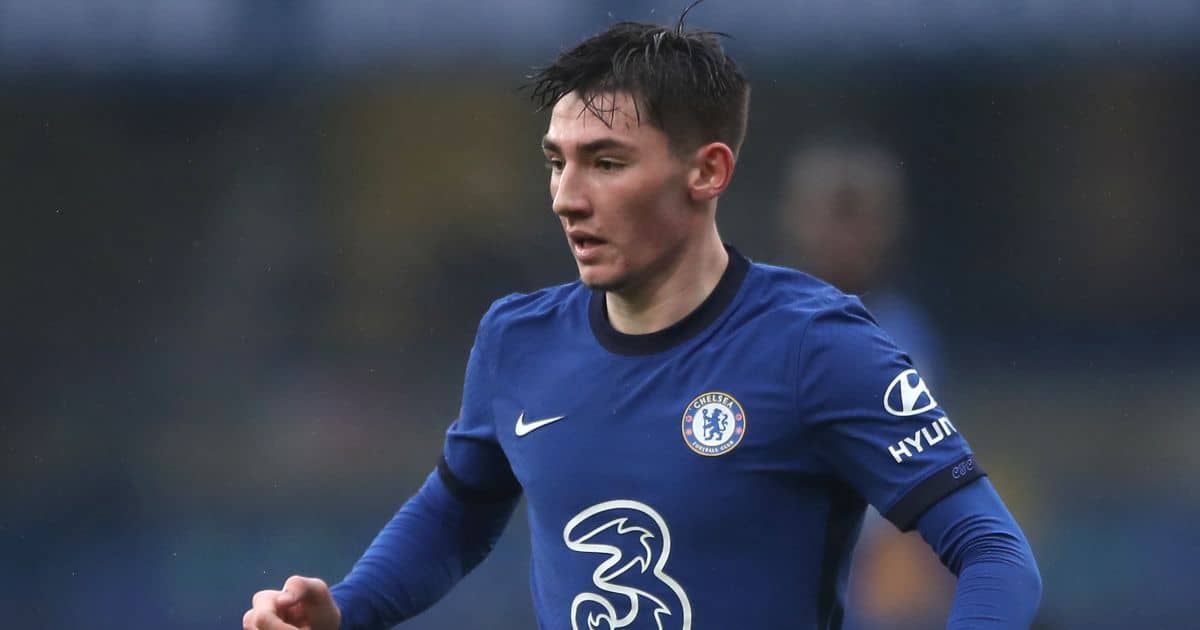 He was awarded man-of-the-match following a commanding display. This helped his country frustrate their neighbours in the 0-0 draw.

A positive Covid-19 test then cruelly ruled him out of their Group D decider against Croatia on Tuesday.

It is clear that Gilmour needs regular first-team action and the youngster recognises that he will not get this under Thomas Tuchel next season.

Both player and club are therefore said to be keen on sending him out on-loan this summer. And Football Insider are reporting that Wolves are interested in offering him the chance to progress his development in 2021/22.

Wolves are reported to be open to offers for Ruben Neves. The Portuguese midfielder has been heavily linked with Arsenal. If he leaves Molineux, then his central spot would be available for Gilmour to fill.

However, they could face competition from a number of keen suitors. It has been reported that five Premier League clubs are chasing the signing.

Top of this pile is said to be Norwich. The Canaries may be better positioned to offer Gilmour regular football as they are already actively seeking a central midfielder.