Real Madrid have joined the likes of Liverpool and Chelsea in the transfer race for Sweden striker Alexander Isak, a report claims.

The Real Sociedad marksman has turned heads at Euro 2020 with his standout group stage performances. After giving Spain a fright in the opener, he won UEFA’s Star of the Match award against Slovakia. Furthermore, he helped Sweden secure top spot in Group E on Wednesday, his country beating Poland 3-2.

Before then, though, his form in La Liga had attracted attention from across Europe.

Liverpool, Chelsea and Arsenal are the Premier League teams to have had transfer links with Isak. Borussia Dortmund, meanwhile, are reportedly considering waiving their buy-back clause to allow him to sign a new Sociedad deal.

According to the latest from AS, La Liga giants Madrid have joined the hunt for Isak.

Los Blancos have initiated ‘first’ contacts with the representatives of the Euro 2020 star. Indeed, their interest remains, for now, in its infancy.

However, Madrid could have an upper hand in negotiations over Liverpool, Chelsea and Arsenal.

Isak is represented by the Universal Sport Group agency, which also works with Luka Modric.

In fact, Madrid successfully negotiated with the agency to seal a new one-year deal for the Croatia midfielder last month.

As a result, the Spanish club’s relationship with Isak’s camp could give them a leg up in the race for their star client.

In any case, though, AS adds that there are clubs ‘seriously considering’ paying Isak’s release clause.

That figure stands at €70million (£60million). Sociedad reportedly tried to increase that fee before Euro 2020 began, but could not get an agreement over the line. 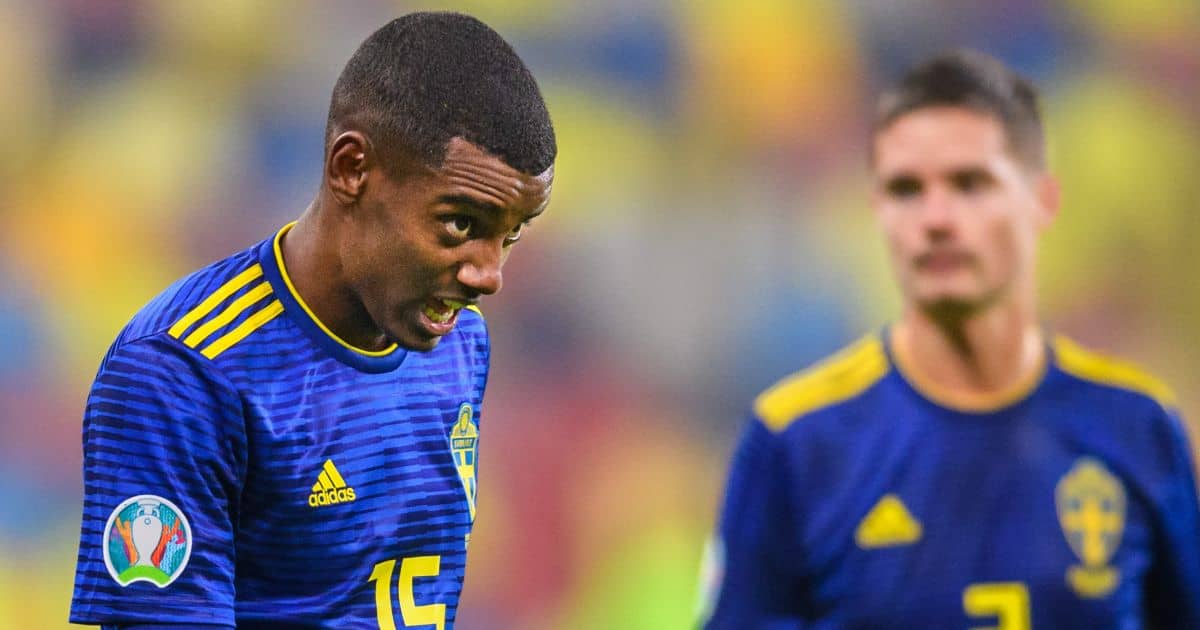 Sweden’s progression from Group E means they will face Ukraine in the last 16 next Tuesday.

Belgium are also in the next phase, securing their own place on Tuesday.

As such, striker Romelu Lukaku was enjoying watching his fellow forward in action.

He wrote on Twitter in response to a fan question about Isak: “Future is bright for him.”