Academy coach Les Parry says that Facundo Pellistri has put himself firmly on the Manchester United map with his loan spell at Alaves.

The 19-year-old arrived at Old Trafford in October with hefty expectations about his potential. After starring in the club’s reserve ranks, he signed up to a La Liga spell in January for regular minutes. Indeed, head coach Ole Gunnar Solskjaer insisted in November that the Uruguayan needed to adapt to life in Europe.

The move proved a great success, Pellistri appearing in 12 of 17 league games while in Spain.

Speaking to United’s official website, academy player performance manager Parry revealed how the winger could actually have done more in his time in the Spanish top flight.

“He did well and they [Alaves] loved him,” Parry said. “He’d have played more but picked up an injury three-quarters of the way through.

“He got back for the final two or three games and was Man of the Match against Atletico Madrid, who ended up winning the league.

Parry went on to detail the attributes that will stand Pellistri in good stead if he is to become a first-team star in the future.

“He is fearless,” the coach added. “He’s brave and doesn’t duck out of tackles. He goes for headers meaning to go for headers – he doesn’t just jump.

“And, when he runs at defenders, one thing you can’t let Facundo do is get into the box.

“When he gets into the box, he has fantastic feet and leaves people standing. As you say, the fans really liked him there.

“The chap there, our link, used to send me all the press cuttings and bits and bobs about him. He did really, really well.” 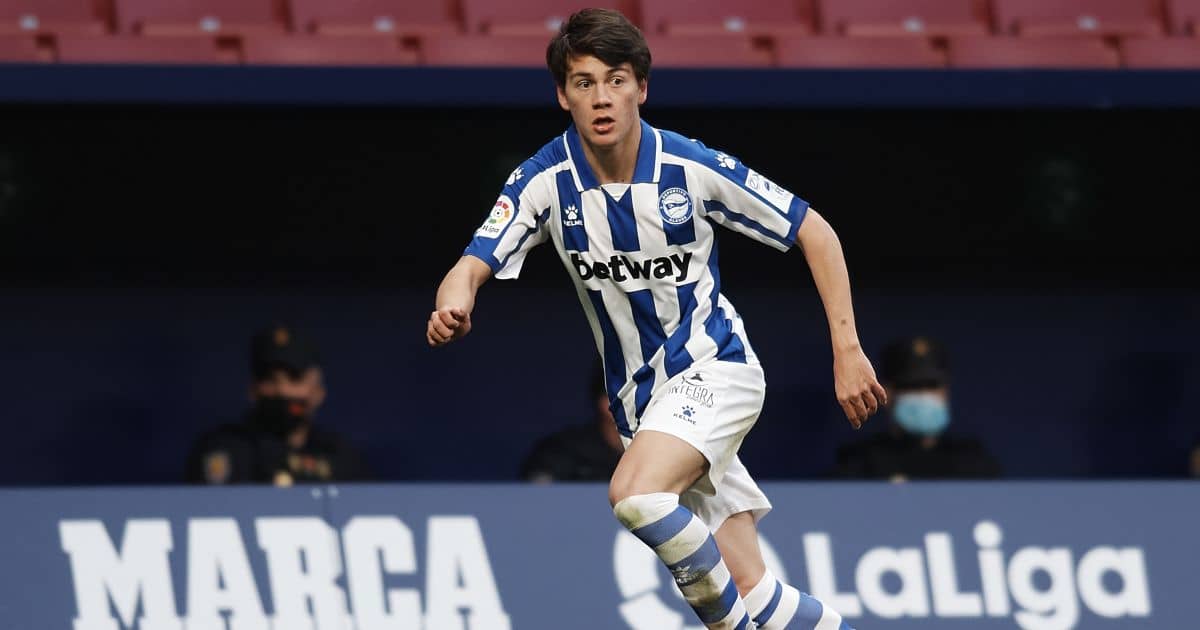 “I think that was the thinking of the manager,” he said. “We were sort of considering the language a bit as well, as he was still learning to speak English but, while he was out there, he was speaking Spanish and also learning English as well.

“So we’re getting the best of both worlds – a player playing at the highest level at an early age, who is learning our language as well for when he comes over here.”

While Pellistri looks to be on the pathway towards first-team action, Amad Diallo – who also agreed a deal with United in October – has gone straight into the first team.

After arriving in January, the 18-year-old has already made his Premier League debut and scored first Europa League goal.