Leeds are reported to be growing increasingly hopeful of signing Noa Lang this summer amid claims the player has told his agent he’s keen to make the move to Elland Road.

The Whites have so far failed to add to their ranks after a solid return to the Premier League. Marcelo Bielsa’s side finished ninth and hope to build on their successful campaign next time around. And having waved goodbye to fans’ favourites Pablo Hernandez and Gaetano Berardi, the Whites are in the market for new additions.

This summer, Leeds have two priority signings to make. They want a new midfielder to add additional quality to their mix. Bielsa is also seeking a new left-back with Gjanni Alioski seemingly on the verge of an exit.

However, Leeds too are seemingly looking at adding another wide option to their ranks. Adama Traore has been linked with a fanciful move – but at £40m that’s not a price that will tempt the Yorkshire side.

Lang, however, is one player the Whites are actively pursuing. Their interest in the Brugge winger is well documented and was last week confirmed by trusted transfer guru Fabrizio Romano.

On Wednesday, we reported how Lang’s side, Club Brugge, were warning suitors for their top stars how signing them would not come cheap.

Brugge coach Philippe Clement is adamant his side don’t need to sell. Furthermore, he insists it would take a serious bid for them to even consider Lang’s sale.

Speaking to Sporza, he said: “Today, we are in a different situation. We can now refuse certain offers. Our strong players will only leave for really large amounts.”

But with talks having been held with director of football Victor Orta, Leeds remain undeterred and look reportedly set to pursue the deal.

Indeed, as per Football Insider, Lang has told his club he wants to quit the Belgians and move to West Yorkshire.

It’s claimed the forward – who gre up in the Ajax academy alongside Pascal Struijk – wants to take his game to the next level. And he sees a move to Elland Road as the perfect way in which to do that.

Lang spent last season on loan with the Belgian outfit from Ajax. 14 goals and eight assists were racked up in just 24 league outings. As such, the initial ‘€6million obligation-to-buy agreement’ Brugge hold is now considered a veritable bargain. 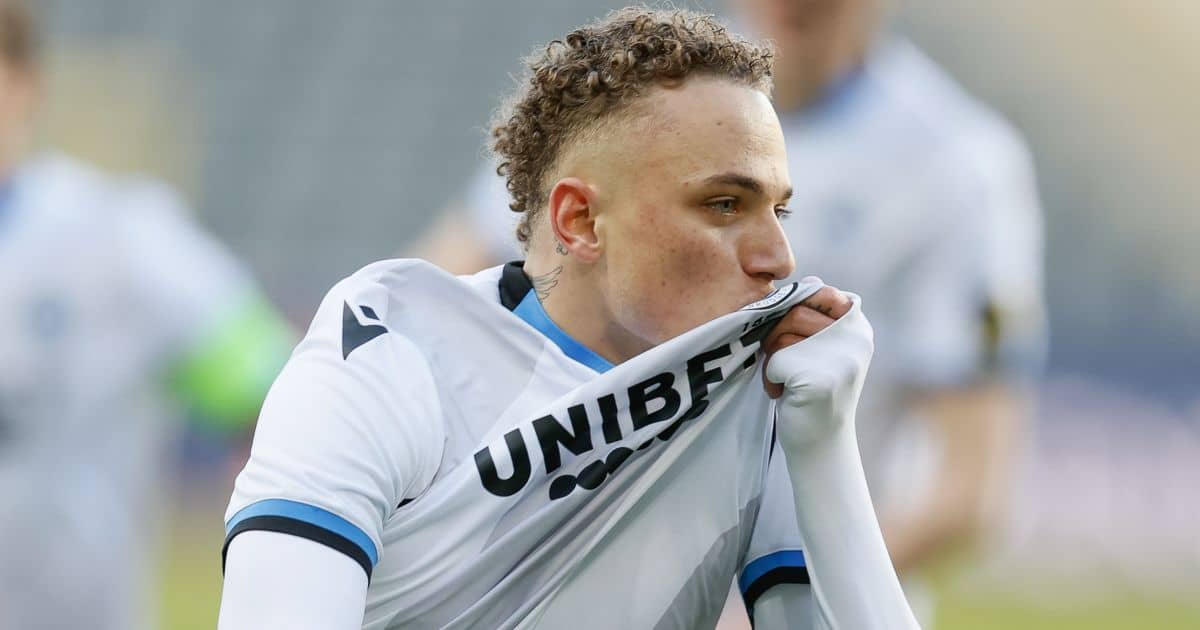 As such, they are reported to now value the player at nearer the €24m mark – a huge mark-up from their initial investment.

However, Leeds would likely try reduce that somewhat before striking a deal. And while Orta has a yes from the player, it seems convincing Brugge to sell will take a little more work yet.

Galan was one of the bright sparks in a disappointing 2020/21 season for Spanish side Huesca. The 26-year-old impressed in the left-back role and now looks certain to move this summer. In addition, his release clause of £7m halved to £3.5m as a result of Huesca’s drop down to La Segunda. Thus, his departure is even more likely.

Naturally, he is attracting a lot of attention from clubs looking to acquire a new left-back. Earlier this month it was reported that one of those interested is Leeds.

However, Mundo Deportivo reports that Atletico Madrid and another big club in Sevilla are both actively pursuing Galan.