Liverpool have reportedly opened talks with PSV Eindhoven over a potential transfer for Donyell Malen, according to reports.

After losing their Premier League crown to Manchester City last season, Liverpool are looking to rebuild. One of the main reasons they fell short in 2020-21 was the absences of key personnel in defence. But an underperforming attack was also to blame, leaving them weighing up their options in that territory.

The front three of Mohamed Salah, Roberto Firmino and Sadio Mane have established themselves as one of the best attacks in Europe in recent years. But the form of Diogo Jota after his 2020 arrival put pressure on them, showing their starting places are no longer to be taken for granted.

Of the usual trio, only Salah reached his usual goalscoring levels in 2020-21. Liverpool need more guarantees if they are to catch up with their rivals again and that may send them into the transfer market.

Those plans will only increase in need if any of their current options leave. Salah and Mane are regularly linked with moves to other European giants and they may be considering their futures.

Whether a replacement or as competition for those players, one target Liverpool are keen on is Malen. 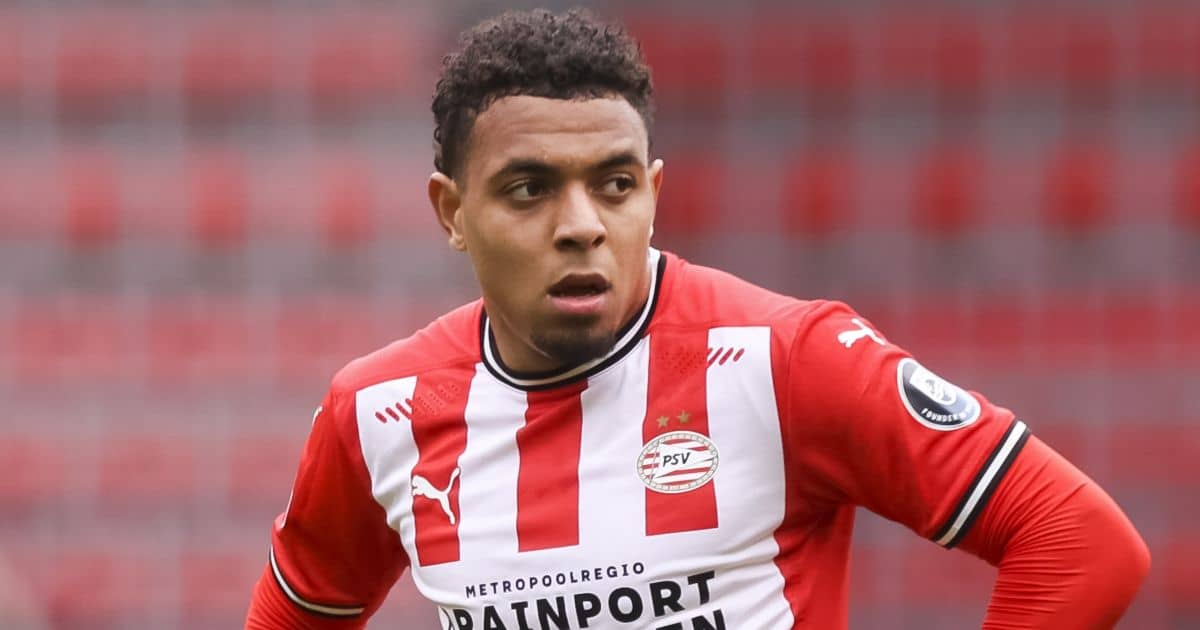 A former Arsenal academy player, the Netherlands international has forged a promising career back in his homeland. PSV signed him in 2017 and after a year with their B team, he has blossomed in the Eredivisie.

Since his first-team debut in 2018, Malen has scored 55 goals in 116 games for PSV, also providing 24 assists. He mainly features as a centre-forward, but can also play on either wing if required.

That flexibility could make him an ideal solution for Jurgen Klopp’s frontline. Liverpool have been linked with Malen for a few years now, but the rumours have been increasing in volume recently.

In April, they were named as the favourites to sign Malen. Their plan was supposedly to offload Divock Origi and replace him with Malen, while also selling a couple of other players to free up the funds.

PSV want around €30m to sell their star striker. How high Liverpool are willing to go in their offer remains to be seen, but it might soon become clearer.

According to Sky in Germany, Liverpool have now opened talks for the transfer of Malen.

Currently on duty with the Netherlands at Euro 2020 after scoring 27 goals last season, patience may be required in Liverpool’s pursuit.

But the 22-year-old has a reasonable price tag and seems to fit the kind of profile Liverpool are looking for. Therefore, they will be eager to see how likely a deal is.

If Liverpool are to sign Malen, it would likely further reduce the chances of Takumi Minamino making it at Anfield.

The Japan international has struggled to break into the Liverpool team since joining the Reds in January 2020. He went out on loan to Southampton for the second half of the 2020/21 season. Despite scoring twice in his first three appearances for the Saints, he failed to make much of an impression on the south-coast.

He made just nine starts for a Southampton side that were in need of attacking impetus. On five occasions he was an unused substitute.

Klopp insisted that Minamino was a long-term project when he made the switch south. But following the lacklustre spell away there are now doubts surrounding his future.

It was reported earlier this month that his parent club were set to backtrack on their initial stance and consider selling him this summer.

This prompted Southampton to enquire about bringing Minamino in once more at St Mary’s. Manager Ralph Hasenhuttl revealed the response they received from the discussions was one of uncertainty.

And now Minamino himself has spoken out about what the next season of his career will look like.