Everton are ‘in talks’ with a forgotten star cast aside by Man Utd over the opportunity to revive his career in England, per a report.

Both Everton and Man Utd are expected to experience great change this summer, though for wildly different reasons. The Toffees are still without a manager at the helm after Carlo Ancelotti’s surprise return to Real Madrid. Ex-Liverpool boss Rafael Benitez has been touted as one of several potential candidates. Convincing the Goodison faithful the man who previously disparaged the club is the right fit will be an uphill struggle.

Man Utd, on the other hand, could also experience significant turnover, though in the player department specifically.

Jadon Sancho could finally arrive in the forward ranks after trusted source Fabrizio Romano insisted the winger has “never been so close to joining” the club.

Conversely, one area of the squad that appears unlikely to see new faces is at goalkeeper – despite the impending exit of Sergio Romero.

The Argentine has been a capable and consistent performer when called upon in his six years at Old Trafford.

However, the rise of Dean Henderson and subsequent integration into the squad last year saw him bumped down the pecking order.

Per the Athletic, Everton sought to offer the stopper a lifeline in January. However, despite a £2m loan fee and willingness to pay 100 percent of his wages, Man Utd rejected a deal. 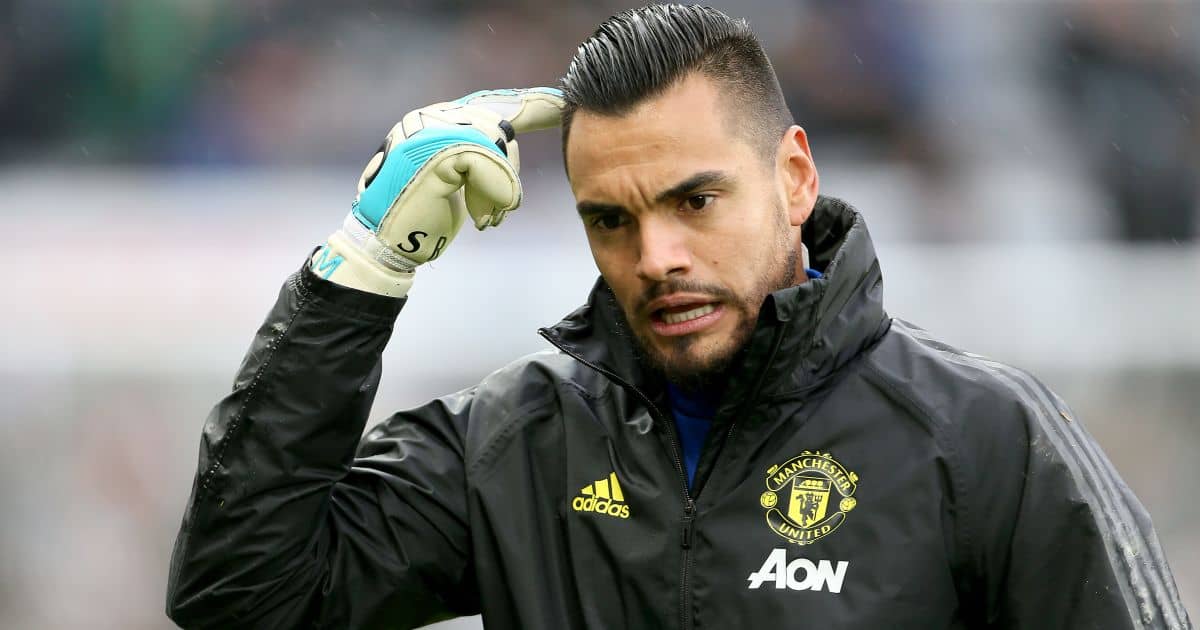 That left Romero in the lurch, and per the Mirror, he subsequently spent the last six months back in Buenos Aires after ‘being told by Solskjaer that he was surplus to requirements.’

Now, Everton have reignited their interest in the impending free agent. Additionally, they are said by the Athletic to be ‘in talks’ over a move to Merseyside.

Juventus and Celta Vigo are also interested. Though if Everton succeed, he would provide direct competition for Jordan Pickford after Robin Olsen’s loan spell concluded.

Pickford hasn’t put a foot wrong for England thus far at Euro 2020. However, his league form last season was patchy at best.

It is not inconceivable Romero could once again feature in the Premier League if he joins Everton. As such, he could yet return to haunt his former club.

Meanwhile, Roma goalkeeper Robin Olsen could yet remain in England despite departing Everton. Burnley and Brighton are reportedly looking at signing the goalkeeper.

The Swede was reported to be unhappy at not being handed greater opportunities to impress with Everton.

But according to Calciomeracto, Burnley and Brighton are ready to offer him a second bite at the cherry in the Premier League.

Though Olsen’s desire for regular gametime may not be fulfilled if a move did materialise.

Neither of the two clubs are in the market for a first-choice goalkeeper.

Burnley have Nick Pope firmly cemented between the sticks. Whilst Robert Sanchez impressed at Brighton after establishing himself last season.