Lothar Matthaus does not believe English fans should be fearful about facing Germany at Euro 2020 – unless the match goes to a penalty shootout.

Matthaus was captain of the West Germany side which beat England in a semi-final shoot-out at the 1990 World Cup, and went on to lift the trophy with victory over Argentina in the final. England also suffered further shootout heartbreak against the Germans at Euro 96, and lost on penalties to Portugal at the 2004 Euros and the 2006 World Cup.

England face the Germans again in the last 16 of Euro 2020 at Wembley next Tuesday.

Matthaus, a veteran of five World Cups and four European Championships for Germany, believes England have the players to win the game but thinks the old narrative around England-Germany games will kick in if the match is level at the end of extra-time.

“England have a chance to win, but not with penalties,” he said.

“With penalties I’m sure Germany will win, (England) have to win before 120 minutes.

“Germany are always very good in penalties, it’s a little bit of a joke between the Germans and the English.

“If we have to go to a penalty shoot-out I think Germany is the favourite because then you start to think about what’s happened in the last 30, 40 years, Euro 96 and other penalty shoot-outs.

“This is a lot of pressure for the English players – they read the newspapers and they know the stories about penalties. England have the chance to win the game in 90 minutes or 120 minutes but when you go to a penalty shoot-out, I think Germany is the favourite.”

Asked whether that history gave Germany a mental grip over England, Matthaus said: “Come on, you don’t have to be so negative and pessimistic! You have to be optimistic for the future.

“When you see the England team, they were in the semi-finals of the World Cup three years ago, they have fantastic players who play in the Premier League and the best clubs all around the world. They have won titles with their club teams. They have to be full of confidence and this is what they have to show.

“I respect this team very much, I see these players all year and what they are doing for their clubs. I think they can perform – like the German team – better than they have in the first three games.”

England finished with seven points from their three group games but have yet to truly fire on all cylinders in an attacking sense, while Germany came within six minutes plus injury time of going out of the tournament until Leon Goretzka’s late equaliser against Hungary on Wednesday night.

Matthaus believes Borussia Dortmund forward Jadon Sancho – who only managed six minutes of action in the group phase – could be the player to ignite England in the knockout stages. 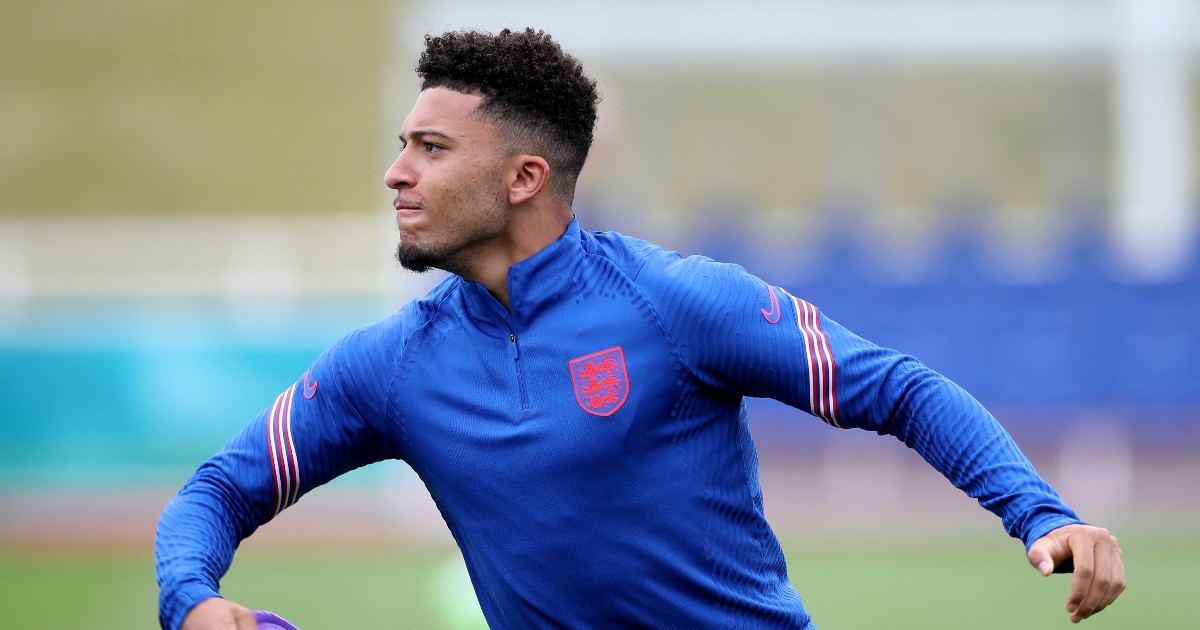 “It’s not only surprised me (how little he has played), it’s surprised many football fans in Germany because he was one of the best players in the Bundesliga for the last two years. If he’s not good enough for England, we would like to give him a German passport!” Matthaus joked.

One player who has chosen Germany over England is Jamal Musiala.

Born in Stuttgart but brought up in England, and with a British-Nigerian father, Musiala played for England up to under-21 level. Matthaus now believes he must start for Germany, after playing a key role in Goretzka’s goal after coming on as an 82nd-minute substitute.

“For me, he has to start,” Matthaus said.

“I’ve seen over the last two or three years players who don’t have the level of performance but (coach) Joachim Low is always picking them. Football has changed over the last five or 10 years and everyone can see it – I think we can perform better when we play a different system and have different players on the field.”

Sixty one per cent of England fans surveyed before the tournament by Booking.com said they would happily see Germany win the Euros rather than miss out on a summer holiday.

Matthaus said it was probably a shock to both teams to be meeting so soon.

“Nobody wanted this game so early. Maybe we were expecting England in the final. It can be a final like 1966,” he said.